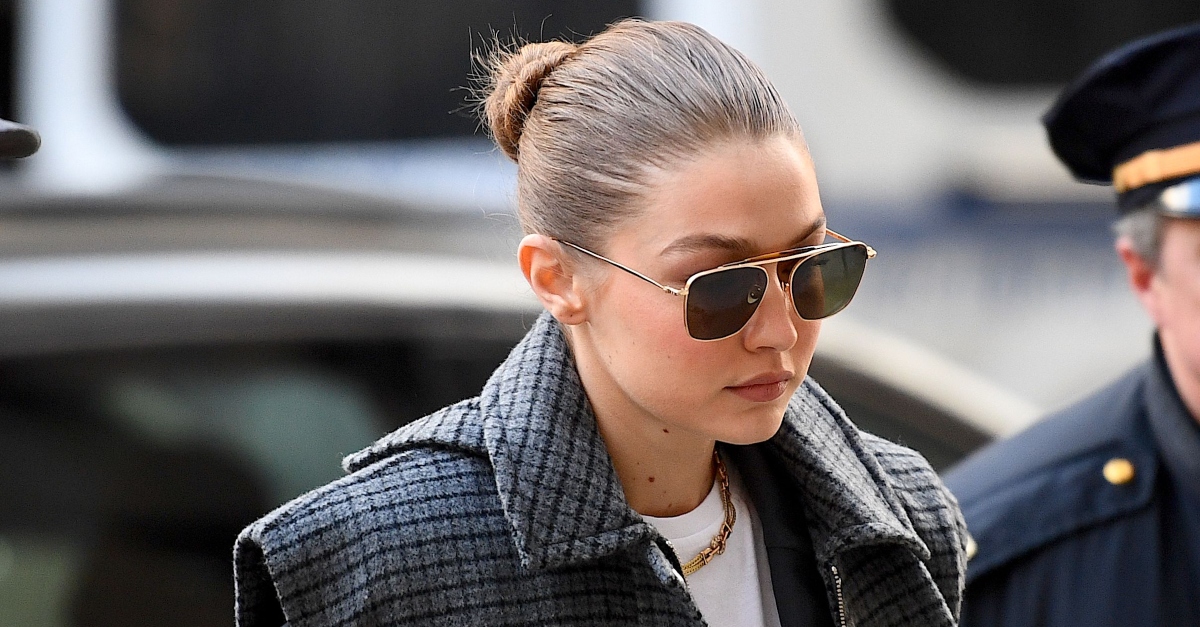 This wasn’t the biggest surprise in the world: model Gigi Hadid was dismissed Thursday as a potential juror in the Harvey Weinstein rape trial.

The defendant is in court for allegedly sexually assaulting former production assistant Mimi Haleyi at a SoHo loft in 2006, and raping another unnamed woman in a hotel room in 2013. Weinstein’s defense denies the allegations, arguing that these were consensual encounters and there’s evidence of continuing relationships.

#HarveyWeinstein – Supermodel Gigi Hadid dismissed as a potential juror this morning. She left the courthouse shortly after her arrival. (Photo by Johannes Eisele via Getty Images) pic.twitter.com/vkglPBKJNp

Hadid told the court Monday that she’d met Weinstein before, and also met actress Salma Hayek. Hayek is one of more than 80 women who said the defendant, a powerful Hollywood producer, subjected them to sexual misconduct.

Hayek said Weinstein sexually harassed her repeatedly, arriving unexpectedly at her room “at all hours of the night, hotel after hotel, location after location;”; asking that she shower with him; asking that she let him watch her shower; asking that she let him give her a message; and other acts. When she shut him down, he lashed out by making life difficult while they were working together on her movie Frida, and he even stood in the way of her finishing the film, she wrote in The New York Times.

Despite this connection to them, Hadid said she believed she could keep an open mind regarding the case. Julie Rendelman, a Law&Crime analyst and a defense lawyer who is not affiliated with the case, predicted the model would not be chosen for the jury.

“From the prosecution’s perspective (both sides arguably), she may be too much of a distraction for this case,” she told Law&Crime at the time. “From the defense’s perspective, while she states she can be fair, (and no reason to doubt that), her familiarity with possible victims of Weinstein may influence her decision making, even if unintended.”

Whatever Hadid’s thoughts on the trial, she’s probably having a better Thursday than one of the other potential jurors. A man was called back into court for allegedly violating a court order by posting on Twitter. He is scheduled to return on March 10 to show why he shouldn’t be held in contempt.

#HarveyWeinstein interesting morning. Juror called out by judge for Tweeting in violation of court’s order and told to report back in March with attorney to show why he shouldn’t be held in contempt. Judge sternly said “good luck”

His alleged wrongdoing wasn’t spelled out in court.

If anyone knows how a person might hypothetically leverage serving on the jury of a high-profile case to promote their new novel, [REDACTED], which [REDACTED] called a “darkly funny book” and “a witty black comedy,” dm me, please.

Jesse Weber and Matt Naham contributed to this report.