Kobe Bryant’s Eldest Daughter Seeks Restraining Order Against Stalker Who Wanted to Have ‘Kobe-Like Child’ with Her: Filing 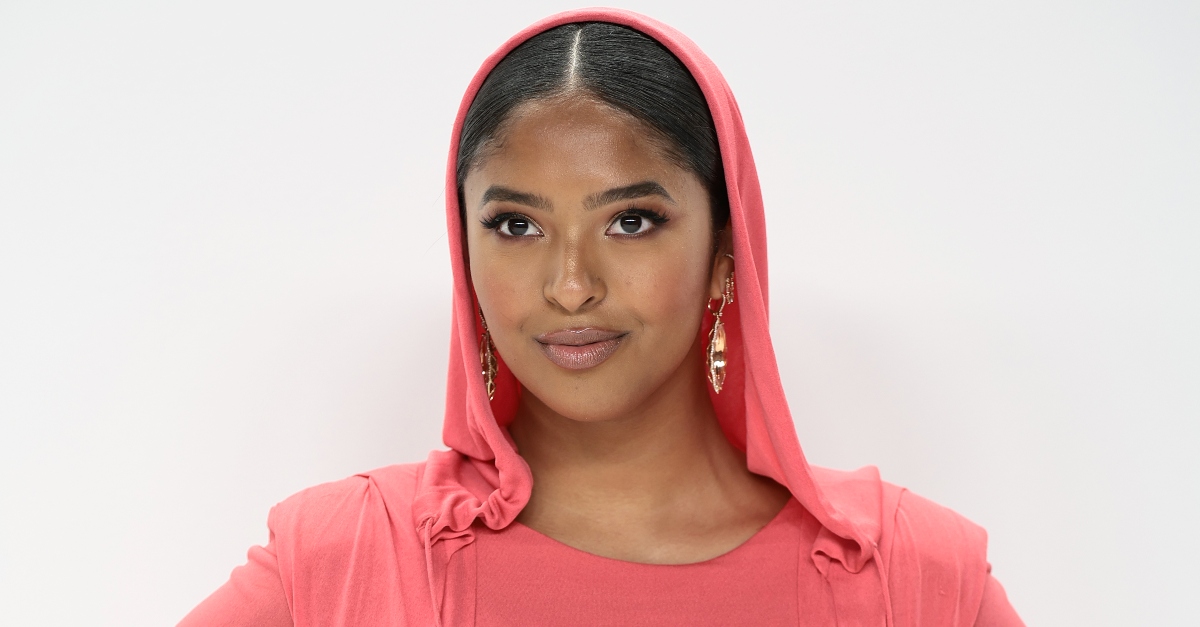 Natalia Bryant, the eldest daughter of NBA legend Kobe Bryant, filed for a restraining order on Monday. The 19-year-old made disturbing allegations against a man about 13 years older than her, saying he sent her creepy messages online, according to reports from TMZ and NBC News.

Attorneys described the subject of the proposed restraining order, 32-year-old Dwayne Cortez Toliver Kemp, is a gun enthusiast with a criminal record and a plan to buy an illegal device that would make a Glock handgun operate automatically.

Natalia’s father and her 13-year-old sister Gianna Bryant tragically died along with seven more people in a January 2020 helicopter crash. Natalia Bryant wants Kemp to be kept at least 200 from her, her home, job, school, sorority house, and car. The judge still has to make a decision about this.

The 19-year-old’s attorneys claim Kemp first tried to contact her two years ago, when she was just 17. They alleged he is under the delusional belief that Natalia and he have a romantic relationship, even though she neither met him before or otherwise had contact. Kemp went as far as to show up at her college sorority house, the filing reportedly stated. Sources for TMZ said he also allegedly showed up to one of her classes and roamed the building.

Kemp allegedly hoped to have “a Kobe-like child” with Natalia.

“Thankful For Him Birthing You, Hopefully We Can Birth Him… ‘Kobe,'” he wrote her in a DM from July 2021, according to documents.

In trying to build a case for their restraining order, Bryant’s attorneys also said that Kemp on Nov. 2 voiced apparent plans to purchase pistol style AK-47 firearms. They said he had been arrested and or convicted at least four times for misdemeanors, including one involving a gun.

A hearing is scheduled for Dec. 14.