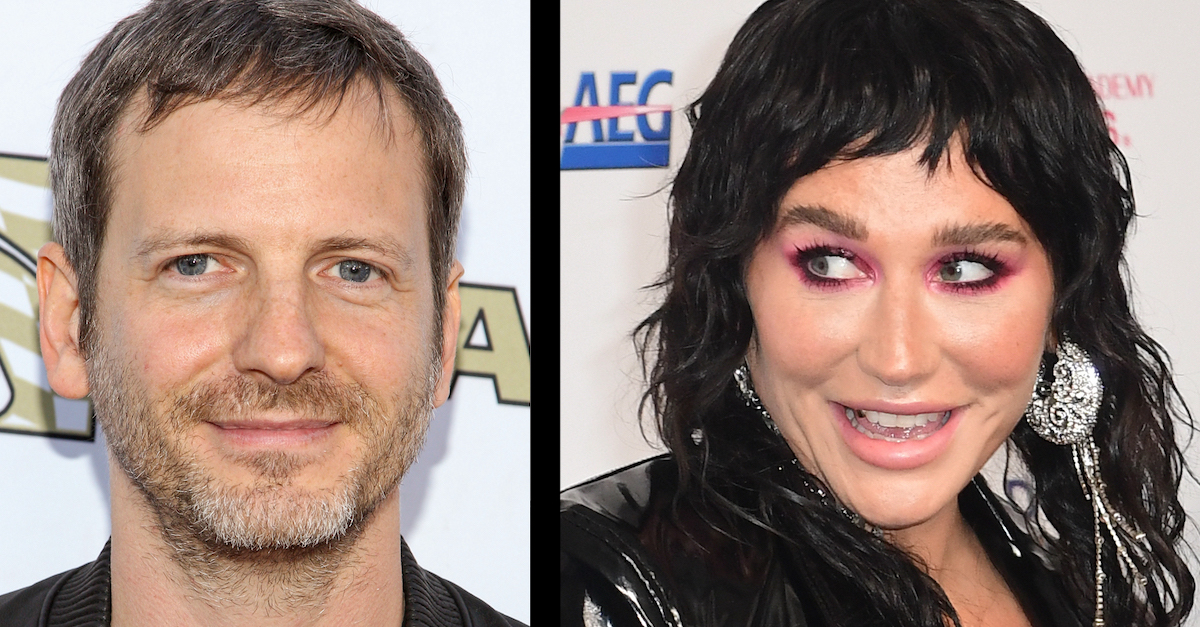 An intermediate New York State appeals court on Thursday handed a legal win to a high-profile music producer who says he was was falsely accused of drugging and sexually abusing one singer and of raping another singer with whom he worked. Producer Dr. Luke, whose real name is Lukasz Gottwald, sued singer Kesha, whose full name is Kesha Rose Sebert, for defamation in 2014 after Kesha said Dr. Luke drugged and sexually abused her in a hotel room. In a text message, Kesha also told singer Lady Gaga that Dr. Luke had also raped singer Katy Perry. Dr. Luke said the accusations were all “false” and that Kesha and other associates working with her were orchestrating a plot against him to get out of a lucrative recording contract and to take more money for themselves without him in the fold.

Trial court judge Jennifer G. Schecter ruled in favor of Dr. Luke last year. She noted that there was no evidence to support Kesha’s claim involving Perry and that Perry herself denied it. The New York State Appellate Division, First Department agreed with Schecter’s ruling. The appellate bench summed up the years of litigation as follows:

The third amended complaint alleges that in 2005, plaintiff Gottwald, an established music producer at the time — known for his music, business acumen and the artists he represents — expressed interest in working with Kesha who was then unknown. Kesha agreed to work with Gottwald, and in September 2005, she entered into an exclusive recording agreement with Gottwald’s music production company KMI. The KMI agreement obligated Kesha to provide exclusive recording services to KMI, that could be extended by KMI through the release of her sixth album and gave Gottwald the right to produce and receive royalties on at least six songs per album.

The complaint further alleges that shortly after entering into the KMI agreement, Kesha was frustrated that her recording career was not progressing quickly. In late 2005 she retained representatives who, in order to pressure plaintiffs to release her from the KMI agreement, “threatened” to make public a false story that in October 2005, after attending a party together where Kesha had too much to drink, Gottwald had drugged her, took her back to his hotel room and sexually abused her. Gottwald would not accede to the demands or compromise his contractual rights.

The appeals court opinion noted that when Dr. Luke sued in 2010, “Kesha and her mother Pebe Sebert testified at their depositions that, contrary to their earlier accusations about Gottwald in 2005, he had never drugged Kesha, never made any sexual advances towards her and never had a sexual relationship with her.” But that didn’t stop things. According to the appellate opinion, “Pebe and the rest of Kesha’s agents” in 2012 and 2013 “orchestrated a ‘press plan,’ that included a campaign of publishing ‘false and shocking’ accusations against Gottwald in order to pressure him to release Kesha from the agreements and ‘blacklist’ Gottwald from the music industry.”

The complaint cites several emails and letters published by Pebe and Kesha in 2013 and 2014 referring to Gottwald’s abuse, which, [Gottwald] allege[s] were knowingly false. It is also alleged that they also forwarded false information to a social media blogger, Michael Eisele (with whom Kesha was in direct communication), who ran a campaign entitled “Free Kesha,” to spread false allegations against Gottwald — insinuating he abused Kesha — across social media to garner support.

The complaint further alleges that on February 26, 2016, after this action was commenced, Kesha initiated a text message conversation with the recording artist professionally known as “Lady Gaga” in which Kesha falsely asserted that she had been raped by Gottwald and that another famous female recording artist (which Kesha named) “was raped by the same man.” After the text message conversation, Lady Gaga also spread negative messages about Gottwald in the press.

In the ensuing defamation lawsuit, Kesha claimed Dr. Luke was a public figure who therefore needed to prove her statements were made with “actual malice,” that is, with knowledge they were false or with reckless disregard of whether they were false or not.  The appeals court disagreed with that characterization by holding that Dr. Luke was neither a limited purpose nor a general purpose public figure.

“While Gottwald is an acclaimed and influential music producer, he does not occupy a position of such pervasive fame or notoriety that he has become a public figure for all purposes and in all contexts and that he did not become a public figure for a limited range of issues by voluntarily injecting himself into the public debate about sexual assault or abuse of artists in the entertainment industry,” the appeals court said.  “Although he is an acclaimed music producer and well known in the entertainment industry, he is not a household name. His success in a high-profile career, without more, does not warrant a finding that he is a general-purpose public figure.”

That leaves Dr. Luke with the easier legal hurdle of proving that Kesha’s statements were negligent.

The majority of appeals court judges also held that several New York State cases which afford additional free speech protections to working journalists did not apply to this case because Kesha is not a journalist.

The court further held high-profile attorney Mark Geragos and a PR firm were acting as Kesha’s agents when they addressed the allegations in a lawsuit Kesha filed in California lawsuit against Dr. Luke. The court noted that Kesha claimed the lawsuit was filed “in good faith and not to defame or pressure plaintiffs into renegotiating her contracts,” but Dr. Luke called it a “sham.” The court said an “issue of fact” surrounding the true nature of Kesha’s lawsuit would need to be settled elsewhere. But the bottom line is that Kesha was judged to be on the hook for statements Geragos and her firm made on her behalf.

“Kesha can be held liable for any defamatory statements made by her lawyer and her press agent, since they acted as her agents in making the statements,” the court held. “However, issues of fact exist whether Kesha’s mother and Michael Eisele, the blogger, were her agents.” And, “a person authorizing others to speak on their behalf can be held vicariously liable for defamatory statements made by its agents.”

Cutting closer to — but not ultimately deciding — the merits regarding Kesha’s statements, the appellate panel summed up its findings this way:

Kesha’s text message to Lady Gaga, that Gottwald had raped another singer, was defamatory per se.

The Hollywood Reporter noted that Dr. Luke was “one of the most successful song producers of the early 21st century” who worked with “Katy Perry, Avril Lavigne, Britney Spears, Kelly Clarkson, Miley Cyrus, and many, many others.”

The long legal battle has not yet concluded. Assuming Kesha’s attorneys do not appeal to the New York State Court of Appeals, the Appellate Division’s opinion settles most of the key legal questions underlying the case — in essence, the specific legal hoops Dr. Luke’s attorneys must jump through to prove their case in a trial which is reportedly scheduled this fall.

Fox News noted that Kesha’s underlying sexual abuse claims were elsewhere dismissed by the courts “because of time limits and other legal issues” and “without [any] ruling on whether the allegations had merit.”

[Editor’s note: some quotes have been cleaned up to make them easier to read in context. Some capitalizations have been changed; some internal punctuation and internal quotation marks have been omitted.]