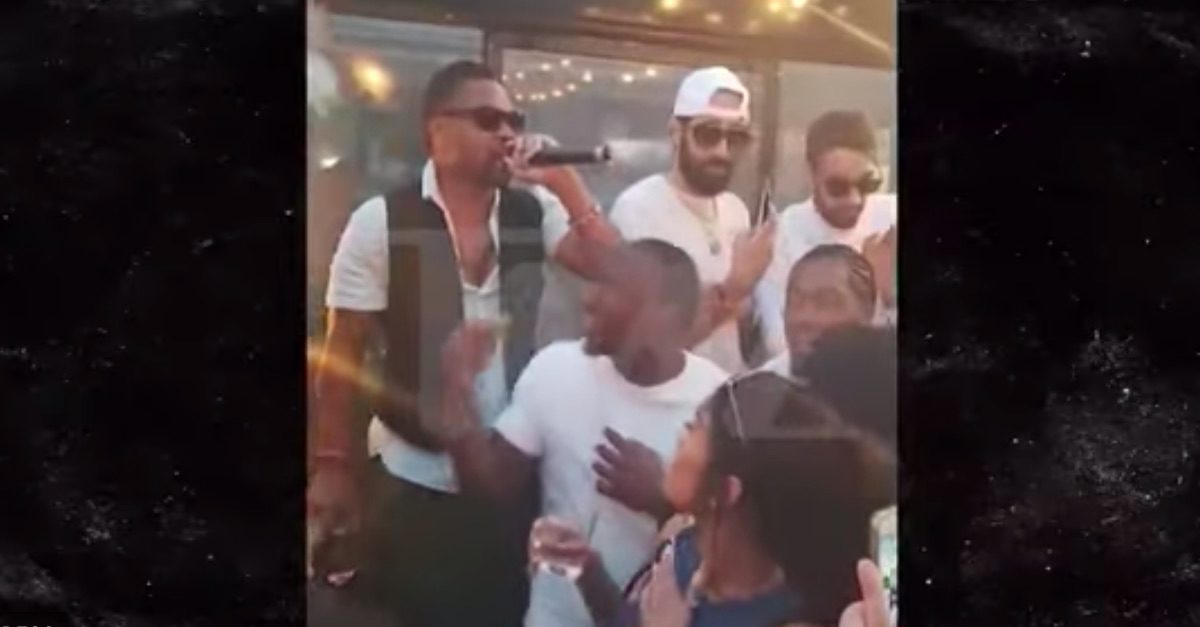 Actor Cuba Gooding Jr. voluntarily surrendered himself to Manhattan police Thursday afternoon after it was alleged that he groped a woman in New York City.

The allegation against the 51-year-old Oscar-winning actor stems from a Sunday night incident at the Magic Hour Rooftop Bar and Lounge of Seventh Avenue in Midtown Manhattan; a 29-year old woman claimed Gooding inappropriately touched her breast. According to the New York Times, the woman said Gooding was “highly intoxicated” and that the two got into an argument after she resisted his advances, leading her to leave the bar and call 911.

Gooding has been charged with one misdemeanor count of forcible touching.

Gooding denied the allegations in an interview with TMZ, claiming that video of the alleged incident would prove his innocence.

“There’s a tape that shows what really happened. That’s the most important thing,” he told TMZ. “I met a bunch of people, I said hello, I took pictures. And you have to have faith in what people say,” he said, adding, “I trust the system and will let the process speak for itself.”

TMZ also shared footage of Gooding dancing and singing at the Magic Hour on the night of the alleged incident.

A second woman has since come forward and accused Gooding of touching her inappropriately. In an interview with Fox News, Gooding’s lawyer, Mark Heller, said the second woman’s accusation stems from a 2008 incident in which she alleges that Gooding grabbed her buttocks while at Butter Restaurant in New York City. Heller said he was “not particularly concerned” about the second allegation.

Heller denied both sets of allegations levied against Gooding, initially saying that he “would be shocked” if his client was charged.

In a later interview with USA Today, however, Heller said that he expected Gooding to be arraigned on a misdemeanor charge of “forcible touching”; Heller said be believes prosecutors should decline to prosecute his client due to a lack of evidence of wrongdoing.

“I have viewed the [surveillance] footage of the entire evening and did not see one scintilla of criminal culpability on the part of Cuba Gooding,” Heller said.

When asked how his client was feeling about the situation, Heller said Gooding was in good spirits.

“Nobody is happy to be in this position, but I can tell you he’s feeling extremely confident and has great trust in the legal system,” he told the New York Daily News ahead of his meeting with detectives. “He has no concern he’ll ever be convicted. It’s just a terrible ordeal.”