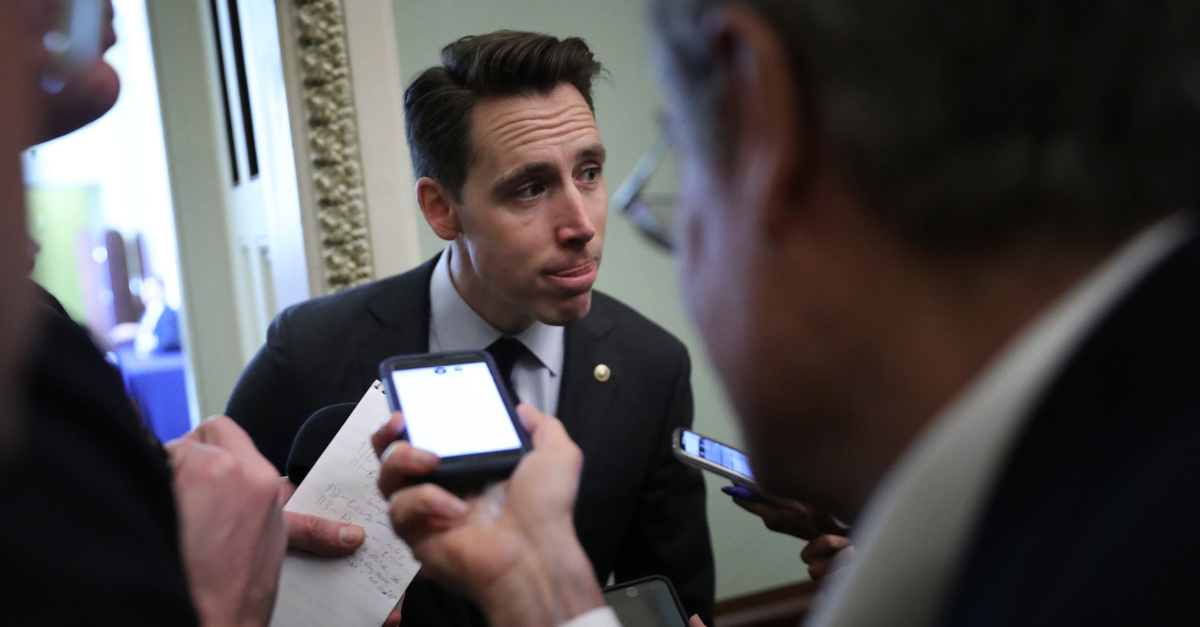 Sen. Josh Hawley (R-Mo.) describes himself “as one of the nation’s leading constitutional lawyers.” On Tuesday, he was referred to in less flattering terms over a publishing kerfuffle that just won’t go away.

Recall: earlier this year, Hawley had a forthcoming book release. Then, he egged on supporters of then-president Donald Trump as they piled into Washington, D.C. and took part in an abortive effort to stop the counting of electoral votes in the halls of the U.S. Congress. Then, he briefly no longer had a forthcoming book release because his would-be original publisher no longer wanted to be affiliated with a politician who had a “role” in the “deadly insurrection” of Jan. 6.

Hawley responded by falsely invoking the U.S. Constitution and saying that Simon & Schuster’s decision to put the kibosh on his book deal was “a direct assault on the First Amendment.”

That book, “The Tyranny of Big Tech,” eventually obtained another publisher, the conservative Regnery Publishing, based in Washington, D.C. It is currently slated for release on May 4.

Hawley took to Twitter on Tuesday morning to advertise the slim, 200-page treatise and to launch a broadside attack on some of his critics.

“The corporate media and the woke mob don’t want you to read this book,” Missouri’s junior senator tweeted. “They tried to cancel it. They failed. One week until publication – order here.”

Appended to the message was a link to the third-largest technology company (by market capitalization) in the world: Amazon.com.

Notably, Hawley also tweeted using the Twitter application for iPhone. Apple is the largest technology company in the world. (Microsoft, which Hawley apparently did not use during his Tuesday tweet promotion is the second largest tech company by market cap.)

You’re hawking this on big tech, you traitorous rube. https://t.co/pSfIc90WKk

Hey, I see what you did there! You used big tech to promote your book on the tyranny of big tech! Can’t wait to crack open a meat beer and not read it. https://t.co/EB1ZtPR4pc

Aside from sharp tongues about Hawley simultaneously taking advantage of one of the largest tech-oriented monopolies while railing against Big Tech’s power, others took issue with the heart of the Republican’s complaint.

Frank Bowman is the Floyd R. Gibson Missouri Endowed Professor of Law at University of Missouri Law School–and one of Hawley’s former colleague at the law school. He dismissed Hawley’s framing of his brief time without a publisher.

“No, Josh,” Bowman wrote via Twitter. “You lost the first contract because you tried to ‘cancel’ American constitutional democracy to promote your insatiable personal ambition. Outside of MAGA-world, the rest of us remember.”

Many other similar criticisms were lobbed at the senator from Missouri, leading to the tweet being ratioed. 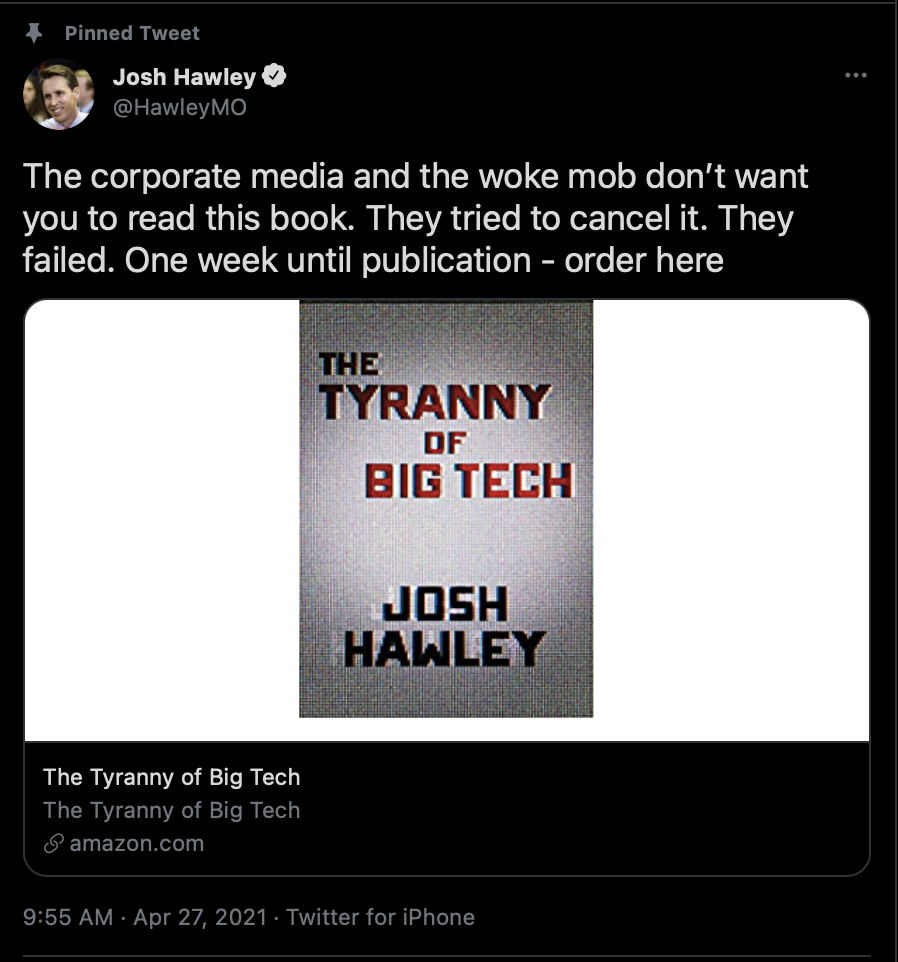