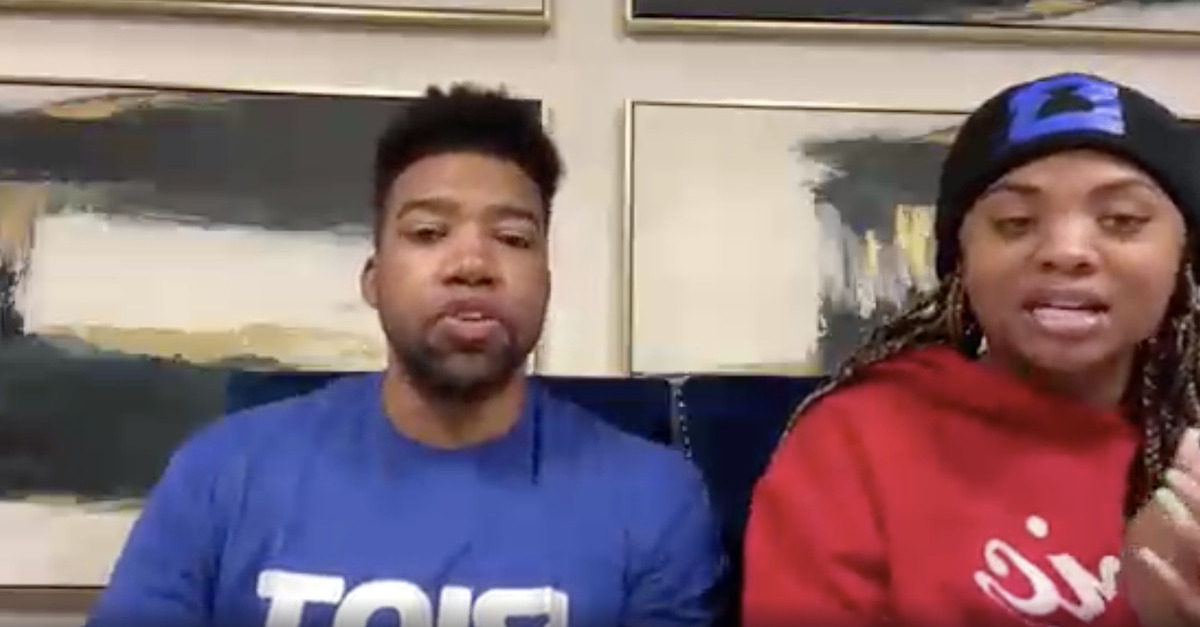 Over the course of the pandemic, LaShonda and Marlon Moore, the husband and wife duo of Prosper, Texas, and BINT, have operated an illegal pyramid scheme, Blessings in No Time (aka BINT) to scam tens of millions of dollars from members of the African American community throughout the nation. Defendants promised profits and a money back guarantee. Instead, Defendants are dissipating assets – leaving thousands of victims in dire straits.

According to the complaint, the Moores solicited contributions by promising they would “‘bless’ and assist needy members of the African American community in the wake of the pandemic and economic and social strife.” Paxton says those contributions would purportedly “result in a return ‘blessing'” that would exceed the member’s contribution of $1,400 to $1,425 by a factor of eight. BINT “members” were also promised a payout of $11,200 for each participant they recruited to make another $1,400 contribution, according to the complaint. BINT members were formally prohibited from posting reviews on social media; many remained silent, fearing they would jeopardize their promised payout, the attorney general says.

BINT’s website proclaims that the organization “harnesses the power of digital communities and the internet to give people the means to raise funds, help others overcome hardship, and meet aspirational goals.” According to the organization, it is based on the principle of “linkfunding.” The website states, “[t]he core principle behind the linkfunding definition is; [sic] you can help a friend or help an entire community. You can do everything from pay for your own surgery to fulfill a student’s dream of attending college—and so much more.”

According not only to Paxton’s lawsuit, but also to multiple complaints on the Texas Better Business Bureau website, however, BINT’s promises were never fulfilled. Multiple BINT members filed complaints alleging that they made payments of $1,425.00, but had never received their “return blessings.” Paxton’s complaint claims the state has received nearly 200 consumer complaints against BINT, resulting in over $700,000 payments never refunded as promised.

In addition to their OWN reality show appearance, Marlon Moore—also known as “DJ ASAP”—was reportedly “the resident DJ on BET’s show 106 & Park for four years and has continued his ascent into mixmaster stardom since the show’s cancellation in 2014.”

The couple also runs “Mogul Behavior,” which, according to its website, is “the biggest lifestyle accelerator changing lives and the financial mindsets of people worldwide.” Mogul Behavior claims to have “30+ years of financial industry and credit management experience,” and that its “main objective is to maximize your lifestyle and turn your DREAMS into GOALS.” On the Mogul website, the Moores attest, “We promise there is a ‘Method to our Madness.’”

Last year, LaShonda Moore touted her business acumen via Twitter. “My husband likes when I talk that business language,” she wrote, “You know… stocks, real estate, securities, M’s in BOTH bank accts., no debt, etc.”

My husband likes when I talk that business language. You know… stocks, real estate, securities, M’s in BOTH bank accts., no debt, etc. #ThisHowImmaGetTheTwins

Paxton has asked the court to freeze BINT’s assets, order that the organization cease any business dealings in the state, and compensate the victims.

Neither the Moores nor anyone at BINT responded to a request for comment.