Federal prosecutors included exhibits in their latest filing on Friday in their case against Full House actress Lori Loughlin and Mossimo Giannulli. One of those exhibits, they say, is the fake crew résumé created for Olivia Jade Giannulli, the younger of Loughlin and Giannulli’s two daughters.

The top skill that résumé touted? “Awareness.” Although most identifying information was redacted, the exhibit still shows the Giannulli applicant graduated from high school in 2018. Olivia Jade, who “do[esn’t] really care about school, as you guys all know,” helpfully documented the graduation occasion in May 2018.

As you can see in the list of alleged coxswain accomplishments below, Olivia Jade has “awareness, organization, direction and steering” skills, and supposedly participated in numerous rowing events–starting as early as 2014. 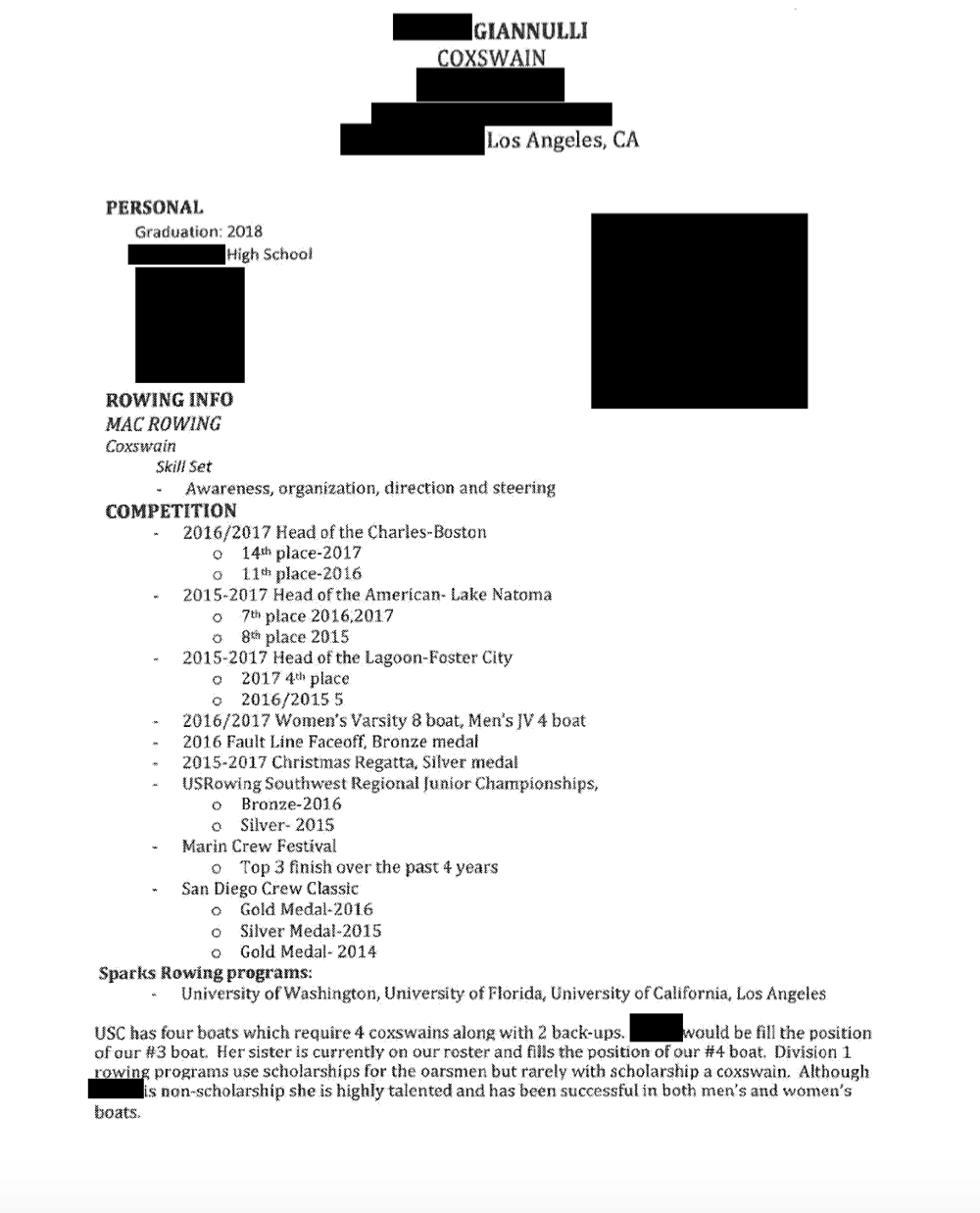 Loughlin and Giannulli are accused of creating fake rowing profiles to get their daughters Isabella Giannulli and Olivia Jade into USC, “agree[ing] to pay bribes totaling $500,000 in exchange for having their two daughters designated as recruits to the [University of Southern California (USC)] crew team–despite the fact that they did not participate in crew.” The federal government has said Olivia Jade even posed for a photo on a rowing machine (i.e., an ergometer).

Lately, the defense has argued that the government is withholding exculpatory evidence, but federal prosecutors say such claims are meritless. The government has said that, actually, Loughlin and Giannulli are the ones who haven’t been forthcoming in discovery.