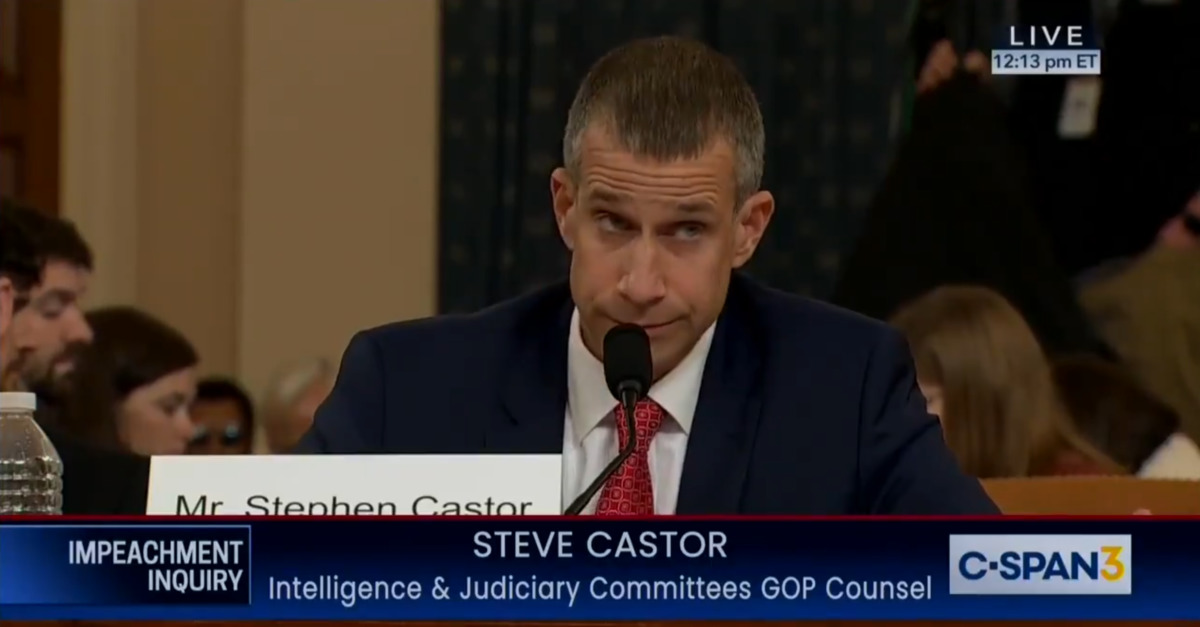 Former U.S. Attorney for the Southern District of New York (SDNY) Preet Bharara mocked the GOP’s lead counsel for his defense of President Donald Trump during impeachment hearings on Monday.

“In August 2016, the Ukrainian ambassador to the U.S. published an op-ed in The Hill criticizing candidate Trump,” noted Republican attorney Steve Castor. “Other senior Ukrainian officials called Trump a ‘clown’ and other words.”

Castor was roundly criticized on Twitter for intoning with great pathos over the relatively mild insult from several years ago.

“Dear Mr. Castor: Calling Trump a clown is NOT foreign election interference,” Bharara tweeted. “It is a correct consensus opinion and also an insult to actual clowns.”

Dear Mr. Castor: Calling Trump a clown is NOT foreign election interference. It is a correct consensus opinion and also an insult to actual clowns.

Bharara was famously fired by Trump.

Castor’s clown reference was in regards to a long-since-deleted Twitter post by retired Ukrainian diplomat Arsen Avakov, who also said Trump was “an even bigger danger to the U.S. than terrorism.”

Other commentators were quick to poke fun at Castor after he got the early afternoon vapors over the arguably anodyne remark:

Steve Castor is out here boldly and bravely pointing out that international officials viewed candidate Trump as a “clown” or worse pic.twitter.com/6MENvPBDY2

Twitter collectively continued to pile on with clown-based put-downs of Castor, Trump and the GOP writ large–decidedly a bad day for users with coulrophobia.

The clown insult has been a source of alleged consternation for the 45th president’s erstwhile defenders for quite some time.

In November, conservative author Byron York wrote a lengthy apologia in service of the conspiracy theory that Ukraine interfered in the 2016 presidential election for the Washington Examiner.

York relayed the story of the Avakov insult under the histrionic heading: “Government ministers attack.”