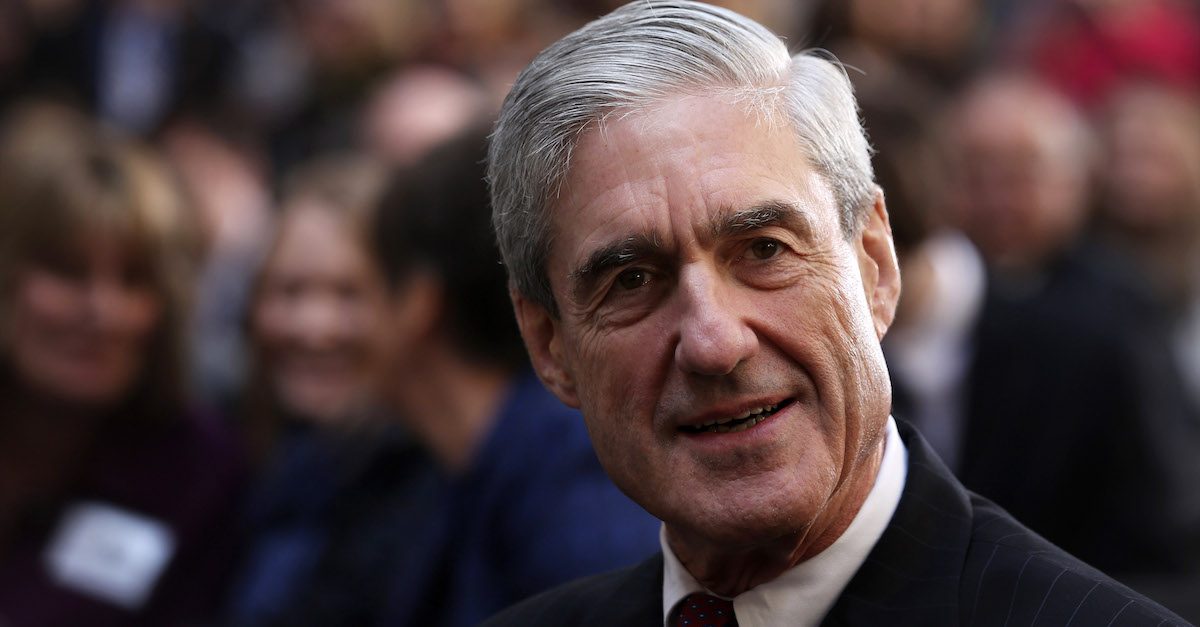 President Donald Trump had his moment with Russian President Vladimir Putin in Helsinki and promptly followed up a firestorm of his own making by announcing that Putin was welcome to come visit the White House, and soon.

Robert Mueller‘s Russia investigation is here to say no way to the meeting, however, if President Trump’s national security advisor is to be believed.

According to the Associated Press, John Bolton has released a statement in which he specifically says the Mueller “witch hunt” is to blame for the change of plans.

Bolton said that it is Trump who believes the change in plans is necessary.

“The President believes that the next bilateral meeting with President Putin should take place after the Russia witch hunt is over, so we’ve agreed that it will be after the first of the year,” Bolton said.

Trump had hoped a Putin welcoming in D.C. would occur in the fast-approaching fall months, despite outcry on Capitol Hill and across the country over the Helsinki summit.

Trump and Putin’s joint press conference resulted in some bipartisan furor the likes of which had not been seen in some time. One of Trump’s frequent defenders, Harvard Law Prof. Alan Dershowitz even told Law&Crime that he thought Trump “made a serious mistake in publicly disagreeing—in a self-serving way—with the conclusions of all of our intelligence agencies.”

“Disagreeing with the conclusions was not necessarily a mistake, but doing it in a foreign country, at a press conference with Putin was a mistake and I think wrong,” he said.

“Donald Trump’s press conference performance in Helsinki rises to & exceeds the threshold of ‘high crimes & misdemeanors.’ It was nothing short of treasonous. Not only were Trump’s comments imbecilic, he is wholly in the pocket of Putin. Republican Patriots: Where are you???” he tweeted.

Needless to say, that presser was not received well. The Department of Justice had just announced that 12 Russian military intelligence officials were indicted for the alleged conspiracy to hack the Democratic National Committee.