‘Hyped Up Way Out of Proportion’: CNN Criticized for Reporting WH Letter to Bolton as a ‘Threat’ 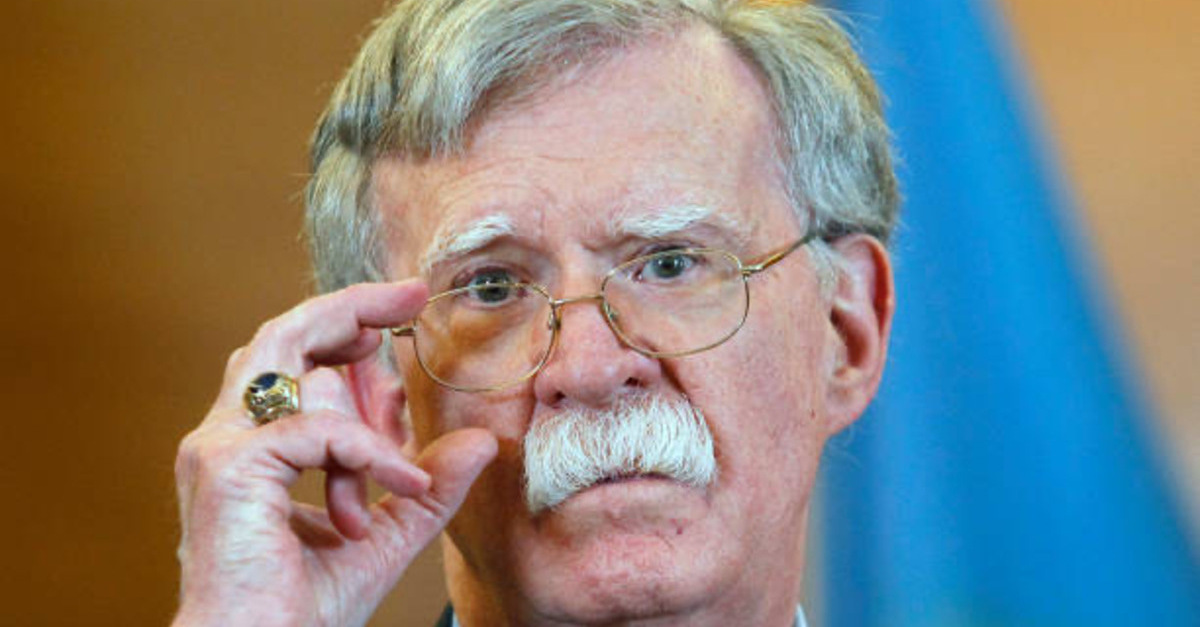 Beltway media, egged on by CNN’s reporting, worked itself into a frothy lather on Wednesday over an alleged “threat” sent by the White House to former National Security Advisor John Bolton on Wednesday. But it appears that CNN’s characterization of that letter was off the mark.

The White House has issued a formal threat to former national security adviser John Bolton to keep him from publishing his book, “The Room Where It Happened: A White House Memoir,” sources familiar with the matter tell CNN.

At first the usual observers and legal observers who make up our professional commentariat took Tapper at his word. The hype surrounding CNN’s use of the word “threat” was taken at face value.

“Not for the first time, I don’t understand this [White House] threat,” noted Harvard Law Professor Jack Goldsmith. “WH has no legal leverage except to review manuscript for classified information [within a] 30-biz-day window, which ends in a few weeks. It cannot get prior restraint. And it is only building up significance of Bolton book.”

After the initial flurry of tweets citing the alleged “threat,” however, Tapper and CNN eventually released the Jan. 23 letter itself.

“Based on our preliminary review, the manuscript appears to contain significant amounts of classified information,” the letter from the National Security Counsel to Bolton’s attorney reads. “It also appears that some of this information is at the TOP SECRET level, which is defined by Executive Order 13526 as information that ‘reasonably could be expected to cause exceptionally grave harm to the national security’ of the United States if disclosed without authorization.”

The letter goes on:

Nowhere in the above is there a genuinely cognizable threat. The letter does have another paragraph, though. Is the alleged threat somewhere in there? Let’s take a look.

Here’s the second section in full:

The manuscript remains under review in order for us to do our best to to assist your client by identifying the classified information within the manuscript, while at the same time ensuring that publication does not harm the national security of the United States. We will do our best to work with you to ensure your client’s ability to tell his story in a manner that protects U.S. national security. We will be in touch with you shortly with additional, more detailed guidance regarding next steps that should enable you to revise the manuscript and move forward as expeditiously as possible.

The truth is: none of the letter contains any sort of threat whatsoever. It is essentially national security state boilerplate. The letter was packaged in a way that oversold the contents. And, of course, back-pedaling immediately ensued.

Goldsmith jumped quickly out the gate with a mea culpa:

Spoke too soon! Just saw [the] letter [Jake Tapper] referred to. I wouldnt call this a “threat.” It says manuscript contains “significant amount” of classified info, correctly says Bolton cannot publish classified info, and pledges to work [with] him to identify it.

National security attorney Bradley P. Moss, who did not initially comment on the supposed White House “threat,” was similarly un-wowed by CNN’s categorization.

“This was hyped up way out of proportion by the initial reporting,” he told Law&Crime in an email. “This letter contains standard language I’ve seen in countless preliminary letters about a manuscript that is under review. The only reason it’s being publicized in such a hyperbolic way is because of the overarching political situation.”

And he wasn’t the only one. Mark Zaid, Moss’s law partner and one of the attorneys representing the Ukraine whistleblower, also downplayed what happened here.

Only “threat” is to remind him of obligation that he has to wait until final approval is received for determination that no classified info was identified. Failure to wait for approval could subject #Bolton to potential criminal and/or civil penalties.