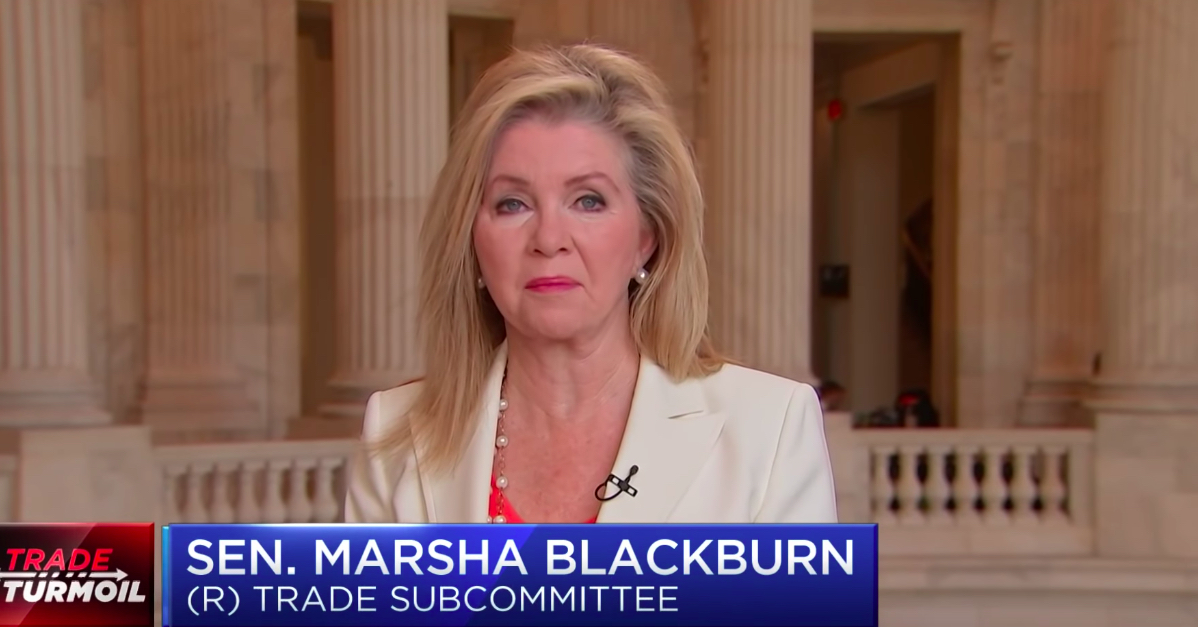 Republican Sen. Marsha Blackburn (R-Tenn.) on Thursday celebrated “Constitution and Citizenship Day” by encouraging people to “spend some time reading” the U.S. Constitution, proudly championing the document as one “we will never rewrite.” But the junior senator from Tennessee has seemingly forgotten that the Constitution has not only been rewritten—or “amended”—27 times, but Blackburn herself has co-sponsored proposed constitutional amendments.

“In 1787, our founders signed the United States Constitution, laying out the principles that still guide our great nation today,” Blackburn tweeted Thursday morning. She also included a video urging her followers to “grab a copy” of the country’s founding document, telling them to “realize and appreciate what has kept us a free nation for the last 244 years.”

She followed that up a few hours later with another tweet, this one claiming “we” will never rewrite the Constitution.

We will never rewrite the Constitution of the United States.

The Constitution in its original form allowed slavery and indentured servitude, designated the runner-up in the presidential election as the vice president, and denied women the right to vote, among other things. In 1917 Congress even passed the 18th Amendment prohibiting the manufacturing or sale of alcohol in the U.S. only to repeal it in 1933 with the 21st Amendment.

Blackburn herself has supported “rewriting” the Constitution through the amendment process.

In 2003, her first year in the House of Representatives, she co-sponsored Resolution 56, which proposed a constitutional amendment declaring that “marriage in the United States shall consist only of the union of a man and a woman.” The proposed amendment also “prohibit[ed] the Constitution or any State constitution, or State or Federal law from being construed to require that marital status or its legal incidents be conferred upon unmarried couples or groups.”

Blackburn co-sponsored some form of such an amendment an additional six times in the ensuing years, similarly co-sponsoring three proposals for an amendment declaring that “the liberty of parents to direct the upbringing and education of their children is a fundamental right.”

In 2017, Blackburn also co-sponsored a constitutional amendment to make it illegal to desecrate the American flag—which flies in the face of Supreme Court precedent and the late Supreme Court Justice Antonin Scalia’s views on the matter.

During a 2012 CNN interview, Scalia said:

Blackburn’s comments reflect a misunderstanding of the genesis of the document she was championing. In a letter to James Madison, Thomas Jefferson even proposed the idea of mandatory constitutional conventions every 19 years to amend the Constitution so that new generations of Americans wouldn’t be hemmed in by their predecessors.

“Each generation is as independent as the one preceding, as that was of all which had gone before,” Jefferson wrote. “It has then, like them, a right to choose for itself the form of government it believes most promotive of its own happiness; consequently, to accommodate to the circumstances in which it finds itself, that received from its predecessors; and it is for the peace and good of mankind, that a solemn opportunity of doing this every nineteen or twenty years.”