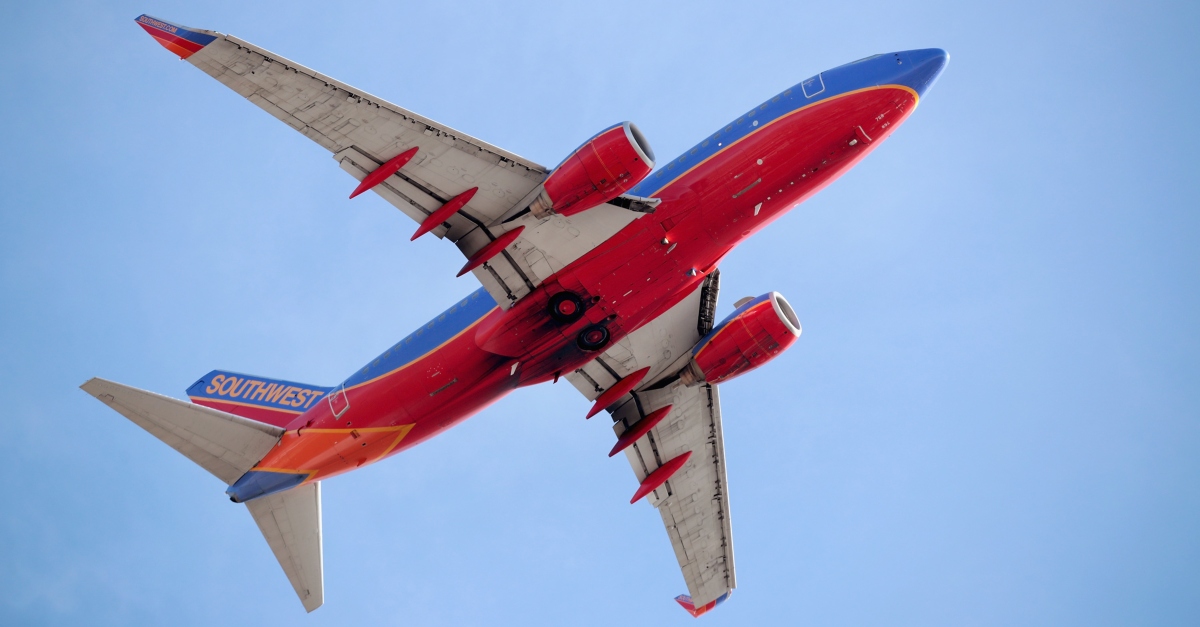 A pilot who was commanding a Southwest Airlines plane in Aug. 2020 has been charged with a misdemeanor for allegedly committing a lewd act during the flight from Philadelphia, Pennsylvania to Orlando, Florida. Court records reviewed by Law&Crime show that a criminal information was filed against Michael Haak on Friday in the U.S. District Court for the District of Maryland.

“On or about August 10, 2020, on an aircraft in the special aircraft jurisdiction of the United States, namely Southwest Airlines Flight WN 6607, of which he was the pilot in command, the defendant, MICHAEL HAAK, intentionally committed an act of lewd, indecent and obscene exposure of his genitals in a public place, which if committed in the District of Columbia would violate D.C. Code Section 22-1312 (formerly D.C. Code Section 22-1112),” the one-page document says. “The acts began, continued and were completed while the aircraft was in flight from Philadelphia International Airport to Orlando International Airport, during which it overflew parts of the District of Maryland and other federal districts.”

Haak was charged under 49 U.S. Code § 46506(2), which deals with the “Application of certain criminal laws to acts on aircraft.”

Law&Crime reached out to Southwest Airlines for comment on the situation. We were told that Haak left the company last year (though it was not said when that departure occurred). The company did say it became aware of the incident after Haak left.

“The Pilot in question is no longer Employed by Southwest Airlines and departed the Company last year prior to us becoming aware of the matter. The event was recently brought to our attention and we’ve cooperated with the appropriate outside agencies as they investigate. Southwest Airlines takes all matters related to workplace conduct very seriously, with a well-defined policy and reporting process for harassment, sexual harassment, discrimination, and retaliation claims,” spokesperson Brandy King said in a statement. “Our corporate Culture is built upon treating others with mutual respect and dignity, and the events alleged in this situation are inconsistent with the behavior that we require of our Employees.”

The court docket does not currently show that Haak has an attorney of record.

Southwest Airlines was recently in the news because another one of their pilots was caught on a hot mic ranting about “fucking liberals” in California who were “probably driving around in fucking Hyundais.”