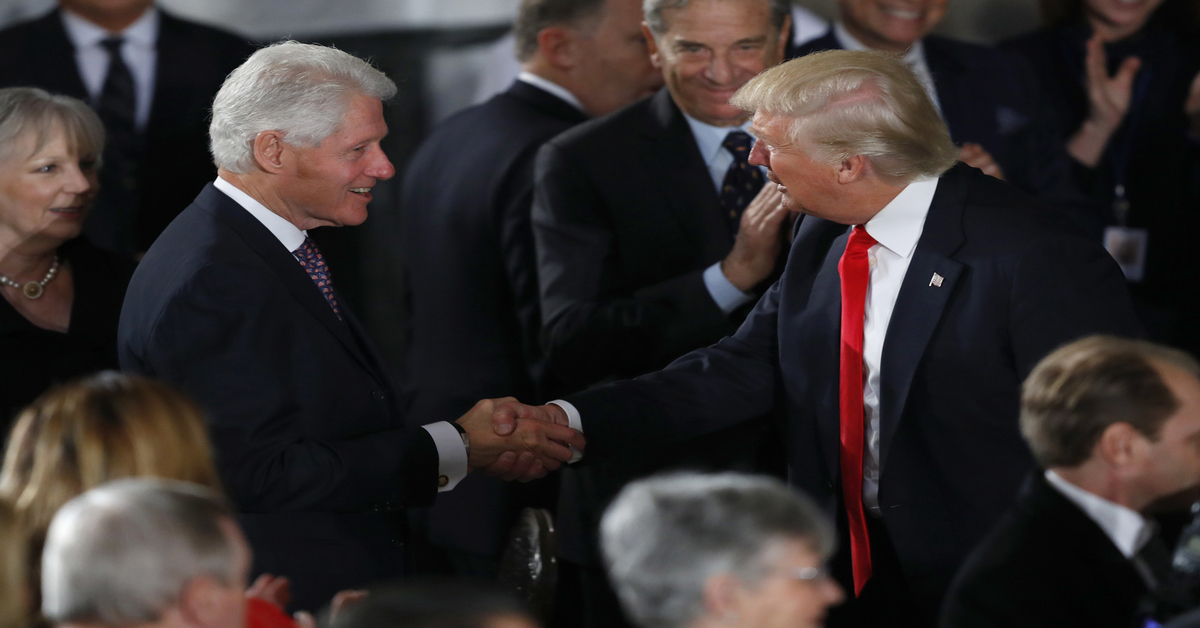 The United States shocked the world over the weekend by strenuously objecting to a World Health Assembly resolution promoting breastfeeding. Now, the Trump administration is currently catching massive amounts of flak for this anti-breastfeeding posture.

According to the New York Times, the U.S. threatened various nations against supporting a resolution introduced by Ecuador to “protect, promote and support breast-feeding.” The resolution simultaneously rubbished misleading alternatives to a mother’s milk. But expressing disdain for breastfeeding amidst international bodies (while holding the same position as corporate infant formula manufacturers) isn’t exactly new behavior for the land of the free.

In fact, something similar occurred during the presidency of Bill Clinton.

In 1995, Gerber Products Company convinced the Clinton administration to threaten Guatemala on their behalf over Guatemala’s pro-breastfeeding law. The Parliament of the United Kingdom described this breastfeeding law in context:

All of Guatemala’s domestic and foreign suppliers of infant formula and other breast milk substitutes made the necessary changes to their packaging to comply with the Guatemalan law, except Gerber. Guatemalan infant mortality rates dropped significantly after the law passed, with UNICEF holding up Guatemala as a model of the Codes’ success in its literature.

A 1999 article from Environment and Health Weekly described some of the law’s other features:

In 1983, the government of Guatemala passed a law and regulations with the goal to inspire new mothers to breastfeed their infants, and to fully understand the harm that could be done to their baby if they used breast-milk substitutes. The Guatemalan law prohibited the use of labels that associated infant formula with a healthy, chubby baby similar to those found on all Gerber packages. Manufacturers were prohibited from sending out free samples of their products because this encouraged mothers to stop breastfeeding, and to become customers. The law required packaging labels to carry a statement that breastfeeding is nutritionally superior. The law also restricted baby food manufacturers from targeting young mothers in the hospital.

Reducing infant mortality rates might be good for parents and children. But Gerber and the Clinton administration had profits and interests to think about. So, Gerber launched a four-year-long campaign “to force Guatemala to eliminate” the breastfeeding law, according to the UK Parliament’s Select Committee on Trade and Industry.

The campaign initially didn’t work and Guatemala consistently attempted to force Gerber into compliance. Gerber persisted, however, and the company allegedly continued to market its food and formulas to Guatemalan parents in violation of the law.

Then, in 1995, Guatemala considered a complete ban on Gerber baby food products. This prompted Gerber to enlist the aid of the Clinton administration. Again, the UK Parliament:

After that, Guatemala was forced to cave.