Dan Bongino: Being Ordered to Pay for Daily Beast's Lawyers Is ‘Big Win’

Dan Bongino Says Having to Pay the Daily Beast More Than $31,000 in Attorneys’ Fees Is ‘a Big Win for Me’ 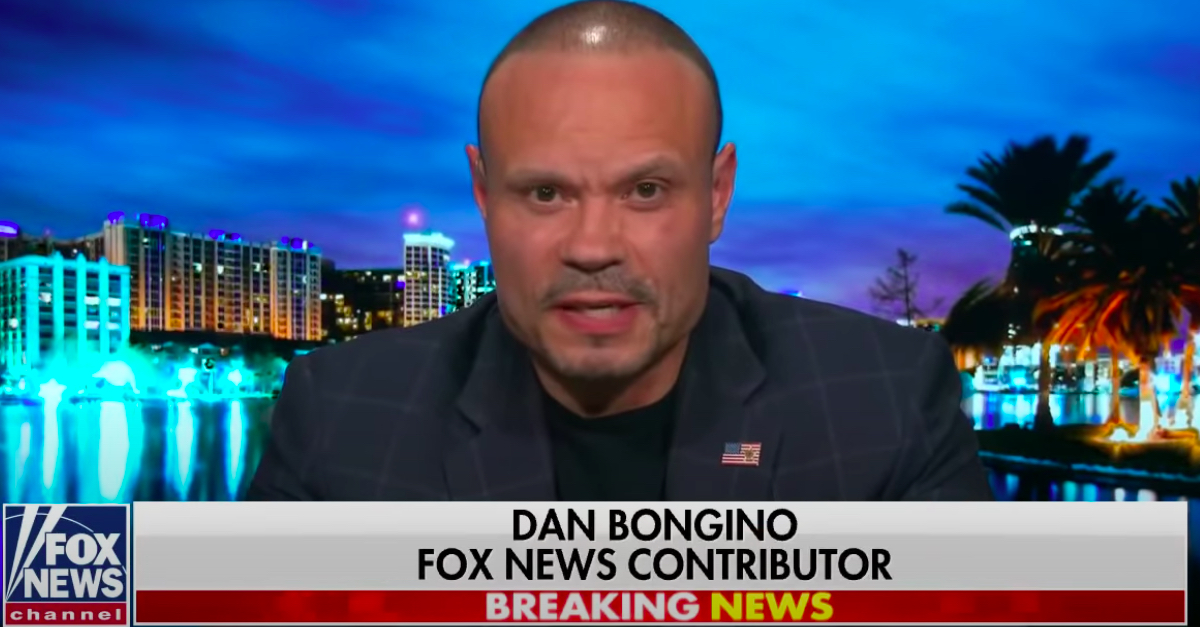 Right-wing political commentator and former U.S. Secret Service agent Dan Bongino apparently thinks being ordered to pay tens of thousands of dollars is a good thing. After a federal judge in Florida ordered Bongino to pay The Daily Beast more than $31,000 in attorneys’ fees stemming from a 2019 defamation lawsuit, Bongino declared the ruling—an unequivocal loss by any metric—a “big win” for him that was “worth the cost.”

Bongino initially filed the lawsuit in South Florida’s U.S. District Court in Dec. 2019 claiming the news website had “smear[ed]” his reputation and harmed his business by publishing an article titled “Dan Bongino Out at NRATV – BONGI-NO-MORE” in Dec. 2018. He specifically alleged that the following statement was false: “the National Rifle association’s media arm has dropped pro-Trump firebrand Don Bongino from its lineup of conservative commentators.”

After not responding to multiple requests for comment from The Daily Beast ahead of the article’s publication, both Bongino and NRATV released public statements saying that the decision not to renew the show was Bongino’s and not the network’s.

Concluding the lawsuit was “without merit,” U.S. District Court Judge Jose E. Martinez, an appointee of George W. Bush, dismissed Bongino’s case last August. Judge Martinez said the article was not defamatory because it did not state or even insinuate that Bongino was terminated for cause, but instead explained that the departure was related to corporate downsizing.

Four days after the case was ordered dismissed, Bongino submitted court documents voluntarily dismissing the case in an apparent effort to avoid paying attorneys’ fees. The next day, the judge issued a final order of dismissal and denied all pending motions as moot.

Under Florida’s anti-SLAPP statute, defendants who prevail on a motion to toss a defamation case are entitled to reasonable attorneys’ fees and costs related to extracting themselves from unsound claims. Bongino argued that because he voluntarily dismissed the case, The Daily Beast was not the “prevailing party” under the statute, a contention U.S. Magistrate Judge Shaniek Maynard quickly dispensed with.

A week ago, the Daily Beast’s attorneys filed a scathing response to Bongino’s “objections,” recounting how Bongino had missed filing deadlines, failed to plead a proper defamation case, and violated the Sunshine State’s anti-SLAPP statute.

According to the memo, Bongino may have “voluntarily dismissed” his case, but only after the court ruled that his complaint violated the anti-SLAPP law (Judge Martinez on Aug. 6, 2020: “Because Plaintiff’s suit fails to state a claim for defamation, it was without merit under Florida Statute §768.295(3). And because Plaintiff’s suit ‘arose out of’ Defendant’s news report, the second element—free speech in connection with a public issue—is also satisfied. See Fla. Stat. 14 §768.295(2)(a); Parekh, 2020 WL 3400679, at *2. The statute therefore entitles Defendant to recoup reasonable attorneys’ fees and costs”). Theoretically, Bongino could have amended his complaint, but his failure to do so “effectively conced[ed] that the defects in his Complaint could not be cured,” The Daily Beast’s lawyers wrote.

After The Daily Beast’s lawyers filed their March 9 response, Bongino claimed that he was the victor.

“FINALLY they’re forced to admit in legal documents that I wasn’t ‘dropped,’” the Fox News contributor wrote in a post to the social media platform Parler first spotted by reporter Zachary Petrizzo. “The truth matters. Regardless of the LEGAL outcome, this is a big win for me. It was worth the cost. I’m not going to allow people to try to destroy my hard-earned reputation and you shouldn’t either. Thanks for your support.”

Fox News contributor Dan Bongino calls his defamation case loss against The Daily Beast and having to pay the outlet 31k in legal fees "a big win" for him. pic.twitter.com/7UhtOkGvg4