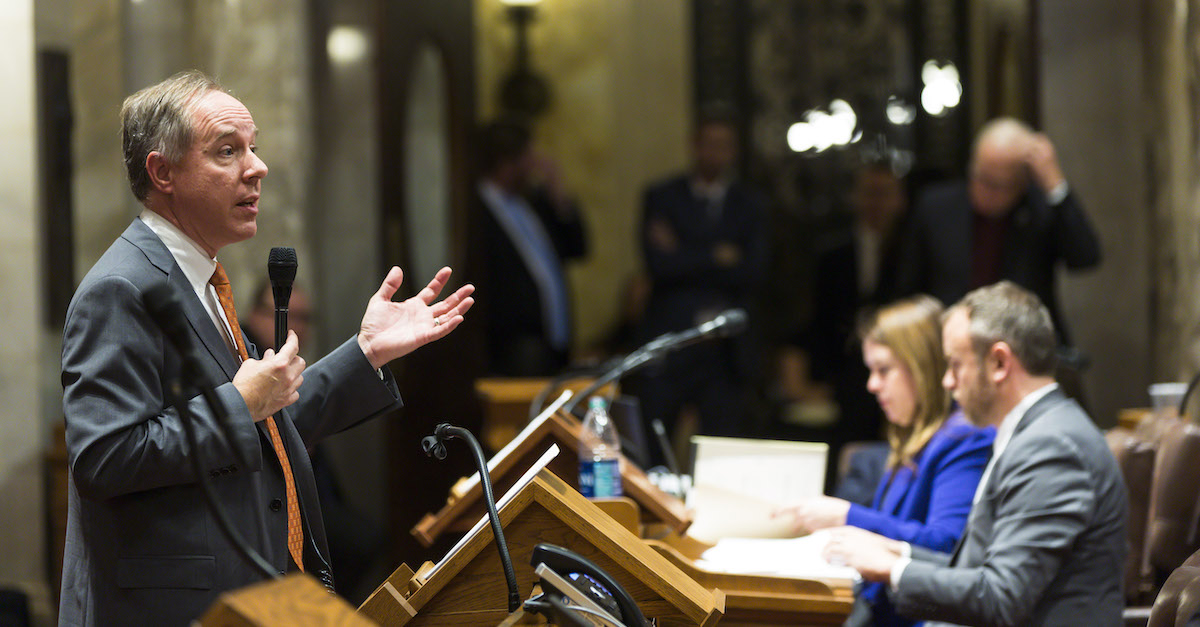 A Wisconsin judge found that one of the state’s top Republican lawmakers “violated the public records law” and must produce documents about a partisan review of the 2020 election.

Roughly a year ago, Wisconsin Assembly Speaker Robin Vos (R) appointed former Wisconsin Supreme Court Justice Michael Gableman to act as a special counsel to review the 2020 results. Vos has indulged former President Donald Trump’s conspiracy theories about the 2020 election, which Joe Biden won in Wisconsin by more than 20,000 votes. Efforts to overturn those results failed in state and federal court. Even after an audit found no widespread fraud, Vos and Gableman moved ahead with a GOP-backed partisan review. Both Vos and Gableman have been scolded by state courts repeatedly for failing to turn over records on it.

On Friday, Bailey-Rihn ruled against Vos again in a lawsuit filed against him by the watchdog group American Oversight.

“I conclude that Vos violated the public records statutes in three ways: First, Vos provides no reason and no evidence to explain why a response delayed for six months was ‘as soon as practicable,’” her 20-page decision and order states. “Second, Vos failed to respond to the request for records ‘from November 3, 2020’ by instead producing records from an unasked-for time period. Third, based on the undisputed evidence of Vos’ ineffectual records practices, I can draw no reasonable inference except that Vos did not search for records in the first instance.”

The ruling added that Vos gave no evidence disputing his lack of compliance.

“Vos produces no evidence disputing whether his office practices resulted in a failure to produce records,” it states.

In fact, the judge said: “Vos actually refuses to do so—referring to evidence […] of his ineffectual office practices, he states without elaboration that because ‘these ‘facts’ are largely irrelevant, [Vos] will not respond to them in detail.'”

Vos must also pay attorney’s fees to the watchdog group who sued him.

“It’s ironic that Vos claimed an investigation was necessary to instill confidence in the election outcome, but then has done everything in his power to prevent Wisconsinites from learning the whole truth,” Sloan said in a statement. “Vos is not above the law and American Oversight is gratified to see him held accountable for violating Wisconsin’s public records law.”

American Oversight says that it has obtained hundreds of pages of records from Vos, Gableman’s office, and the Wisconsin Assembly to date from this and two other lawsuits. Expense records the group obtained showed Gableman’s travel costs, including for his trip to the symposium of Donald Trump ally, conspiracy theorist and MyPillow salesman Mike Lindell.

The thousands of dollars in travel expenses, which the watchdog group calls “questionable,” is on top of the Gableman’s salary as special counsel. The original deal called for Gableman to make $11,000 per month, but the special counsel is currently making half of that amount: $5,500 per month, American Oversight says.

The judge gave Vos up to 20 days to provide the requested records but declined to impose punitive damages. Vos did not respond to Law&Crime’s email requesting comment.