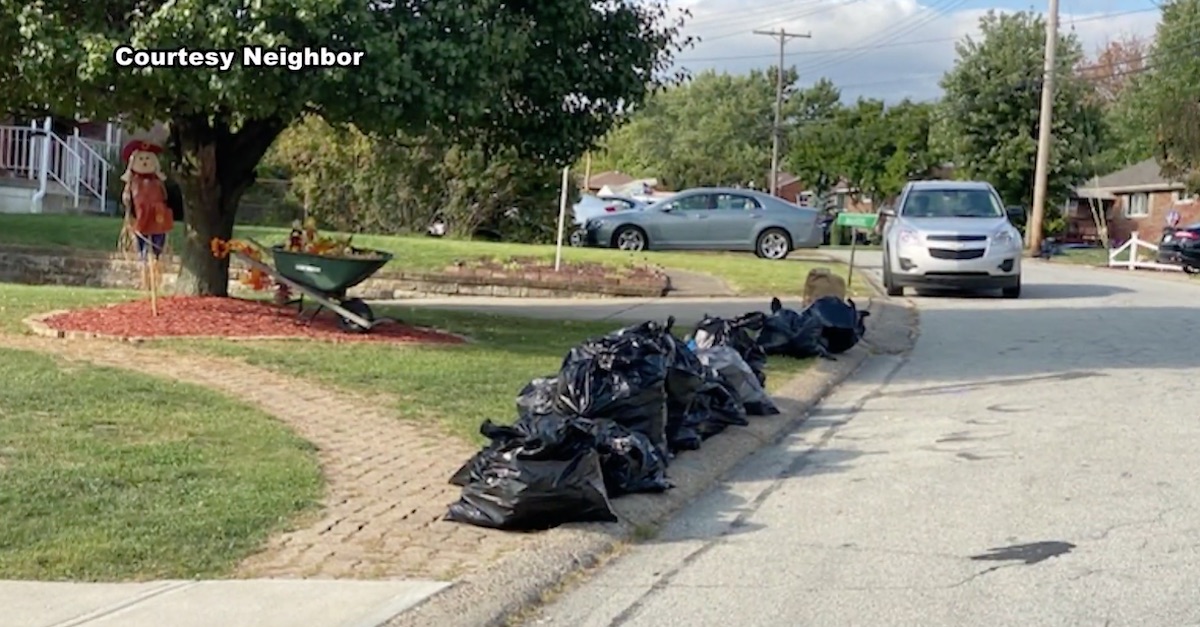 Remember when Attorney General Bill Barr warned of felonious mail carriers susceptible to bribery and all other manner of criminal instincts in furtherance of some agenda to undermine the results and legitimacy of a largely mail-in 2020 election? That doesn’t appear to be what happened here, but United States Postal Service (USPS) special agents reportedly raided the home of a mail carrier in Baldwin, Pennsylvania over the weekend after receiving a tip about bags full of undelivered mail being thrown out.

According to The Pittsburgh City Paper, that individual is Sean Troesch and his social media activity is rife with far-right, QAnon-aligned references to “Satanic pedophiles,” memes that say the media is covering up child sex-trafficking and reporting on “staged race riots” instead, Pizzagate, and more. Troesch shared, on multiple occasions, the posts of QAnon conspiracy theorist Liz Crokin. For example, Crokin said in June that it wasn’t surprising nor a coincidence that celebrities Chrissy Teigen and Patton Oswalt bailed out “criminal rioters” considering there’s proof that those celebrities are pedophiles (no, there isn’t proof of that). There are also references to the “tyranny” of lockdowns and quarantines, which recently motivated an alleged plot to kidnap at least two state governors.

KDKA, citing neighbors, reported that USPS agents raided Troesch’s home on Sunday and confiscated “eight large garbage bags of suspected undelivered mail” that he allegedly placed on the curb to be thrown in the garbage. The USPS Office of Inspector General confirmed in a statement that agents, indeed, recovered “several classes of mail,” including some first class mail.

“Special Agents recovered several different classes of mail, including business mail, flats, and small amount of first class mail,” said that statement. “We expect to perform a piece count of the mail tomorrow, and make arrangements to have to mail delivered to customers as soon as feasible.” As you can see, there was no indication in the statement whatsoever that mail-in ballots were in these bags.

But the aforementioned neighbors said that they have spotted trash bags out on the curb before (see image above), and they think that Troesch has trashed undelivered mail before.

As of this writing no charges have been filed but the USPS OIG said it would make a criminal referral to the U.S. Attorney’s office in the region.