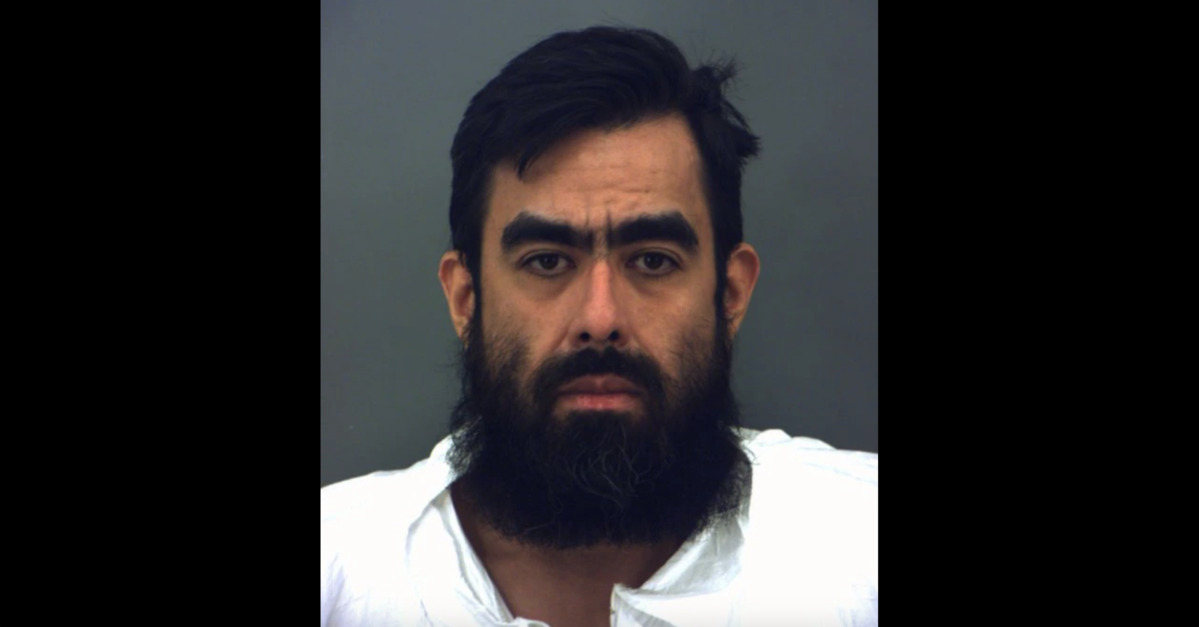 A Texas man was arrested earlier this week for allegedly murdering a woman and shooting her husband because the couple voted for President Joe Biden and mocked ex-President Donald Trump.

Joseph Angel Alvarez, 38, stands accused of murder and aggravated assault over the fatal attack on the night of Nov. 14, 2020, that left 50-year-old Georgette G. Kaufmann dead and her husband, 47-year-old Daniel L. Kaufmann, wounded after being shot at five times.

According to a complaint obtained by local CBS affiliate KBDC, the couple appears to have been targeted, in part, due to visible support for the 2020 Democratic Party nominee; the Kaufmanns had a pro-Biden “flag and a doll of Trump hanging” in their front yard.

According to the El Paso Police Department, officers responded to a shooting call on the couple’s block when they found the husband “suffering from gunshot wounds at a nearby residence” while a search discovered the wife deceased inside the Kaufmann household.

Georgette Kauffman’s body was discovered inside her garage with the car still running and the driver’s side door still open, according to the complaint. After killing the wife, the defendant allegedly made his way through the detached garage door and entered the backyard. Alvarez next allegedly took a flight of stairs up to an outdoor patio area where he attempted to make his way into the main area of the Kaufmann house by forcing his way through a locked wrought iron door.

At roughly the same time, Daniel Kaufmann said, he went to check on the noise at the wrought iron door–believing it to be his wife. Instead, the gunman fired several shots. The husband was hit once in the head, once in the shoulder and once in the wrist. According to local Fox affiliate KFOX, Kaufmann said the gunman missed him twice.

After being shot, Daniel Kaufmann fell to the ground and crawled to his bedroom. He eventually gathered the strength to run to his front door, outside and to a neighbor’s house where he called 911.

The surviving husband told the outlet that he is “relieved to hear” that Alvarez has finally been charged over the attack but noted that the criminal justice could never bring his wife back from the dead.

Georgette Kaufmann was employed by the Texas Attorney General’s Office where she worked on child support cases.

Investigators say that Alvarez was not employed at the time of the shootings. He had recently been fired from his job at General Aviation Terminal, Airline Ground Support, a contractor for United Airlines. According to police, the defendant was fired after stalking a female co-worker on his day off but later complained about the circumstances surrounding his termination in an email.

Another email allegedly sent by Alvarez detailed more of the killer’s motivation for the political shooting.

That email was sent to the U.S. Army’s 902D Military Intelligence unit and allegedly included photographs of the area immediately surrounding, and including, the Kaufmann residence and LGBTQ flags, according to court documents obtained by the El Paso Times.

In that email, Alvarez allegedly identified Memorial Park, near the home, as a “ritualistic satanic ground to conduct abortions by the manner of magic” and said he was “executing and exterminating the pro-choice Jewish Satan worshippers” by going after the Kaufmanns.

“The defendant’s belief was ‘to end the Satanic activity’ near the crime scene (Memorial Park) and acted out his manifesto by killing and shooting the Kaufmanns and by mentally fabricating the connection he believed the four corner houses on Raynor and Copper to have been involved in ‘satanic activity,’ because of their relative geographic location to the park,” an EPPD officer wrote in the affidavit.

The alleged killer also referred to the couple as members of the “Jewish Satanist Party” and expressed a desire to “stop all murder of babies.”

He is currently being held in the El Paso County Jail on $2.5 million bond.