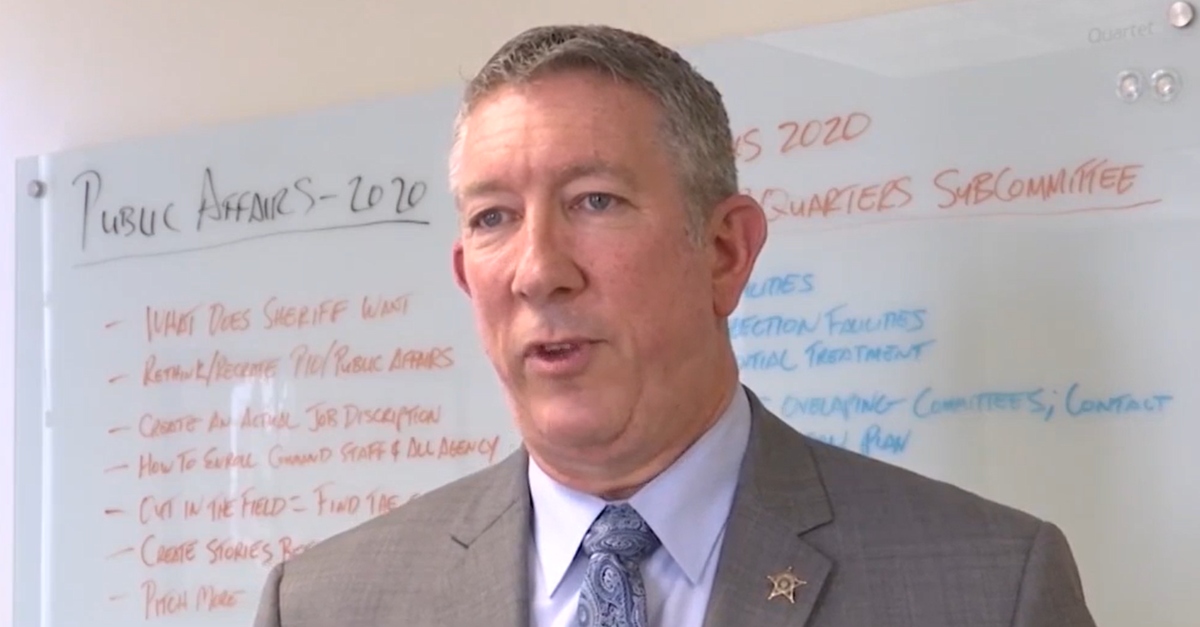 The spokesman of a sheriff’s office in Franklin County, Ohio is out of a job after he had some criticism for how law enforcement at the D.C. insurrection handled matters. This is one of those wink-wink nudge-nudge resignations: Marc Gofstein was told to resign on Thursday, according to WBNS.

Supporters of President Donald Trump crossed police lines and stormed into the Capitol Building as Congress was certifying the electoral college results, which gave the victory to President-elect Joe Biden. Trump has been incessantly lying by claiming he actually won the election and that it was stolen from him.

Five people died amid the chaos. Trump supporter Ashli Babbitt, 35, was shot and killed by Capitol police. Three others–Rosanne Boyland, 34, Kevin Greeson, 55; and Benjamin Phillips, 50–died from what cops described as “medical emergencies.” Capitol Police Officer Brian D. Sicknick, 52, died after allegedly being struck by a fire extinguisher and federal authorities are looking at this as a possible murder. It is absolutely worth mentioning that another officer–Howard Liebengood—reportedly died by suicide.

Capitol police, as an institution, have been criticized widely for failing to prepare for this. U.S. Capitol Police Chief Steven Sund and Senate Sergeant-At-Arms Michael Stenger announced their resignations.

There had been plenty of warnings. Plenty of time to prepare. Plenty of money to do it. But twice the Capitol Police turned down offers of assistance – once three days before the pro-Trump riot at the Capitol and again as the mob descended on the building. https://t.co/WbCrkhN5xd

Gofstein was among those criticizing how Capitol engaged with the insurrectionists.

“Law enforcement freely letting mobs storm the Capitol Building, not stopping domestic terrorists from desecrating the House and Senate chambers, and even taking selfies with the Trumpies,” he wrote in a Facebook post on Thursday. “If this was a BLM protest, we’d be seeing tanks and mass casualties. White privilege at its worst.”

That’s what it took for Franklin County Sheriff Dallas Baldwin to force him out.

“While all of us in law enforcement have a general constitutional right to hold and express opinions, we also have a professional obligation to refrain from thoughtlessly joining knee-jerk, factually inaccurate criticism of law enforcement personnel,” he wrote in a letter written to staff and obtained by WBNS.

Gorstein said he appreciated the opportunity to work for Baldwin, but he is standing by what he wrote.

“The raw emotion of what happened inspired me to comment, and I will never apologize for that,” he said in a statement. “Nobody should ever have to apologize for speaking up and speaking out. Unfortunately, in doing so, I put the Sheriff in a position where he then asked for my resignation.”