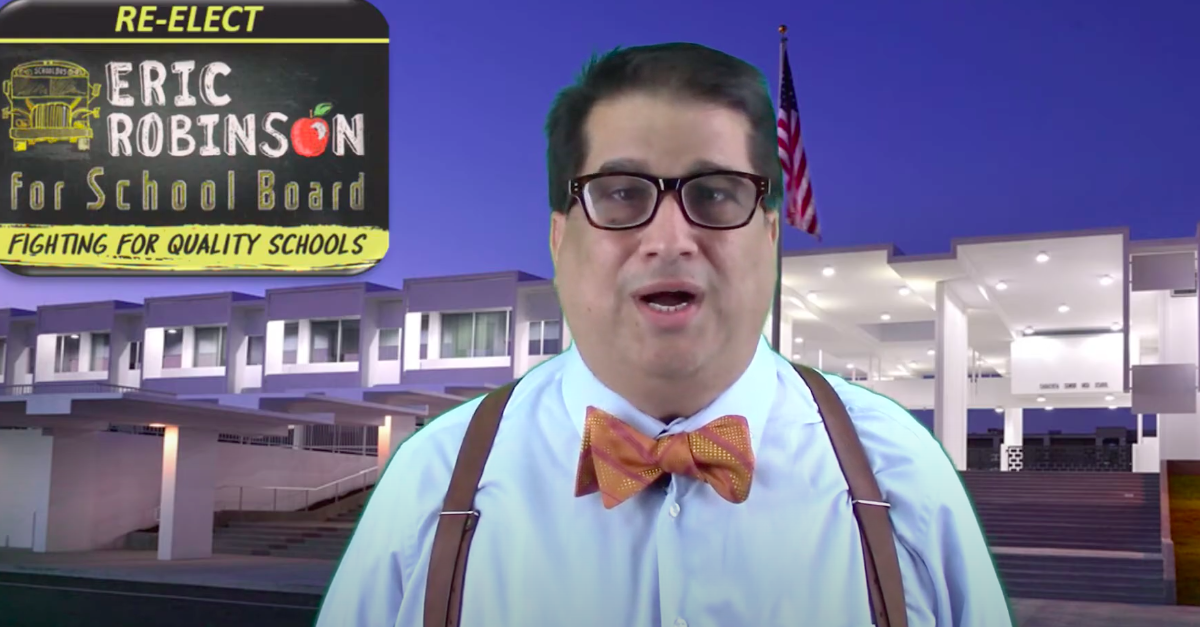 A Republican campaign treasurer in Florida is currently under investigation for “potential election criminal misconduct.” The existence of the investigation into Eric Robinson, who currently chairs at least 26 active political action committees (PACS), was revealed through a Sept. 22 executive order signed by Gov. Ron DeSantis (R).

DeSantis’s order reassigned the investigation and any subsequent prosecution of Robinson to Florida’s Thirteenth Judicial District after Twelfth District State Attorney Ed Brodsky disclosed to the governor that Robinson was employed by his office.

“Whereas, the Honorable Ed Brodsky, to avoid a conflict of interest or any appearance of impropriety, has voluntarily disqualified himself and has requested the executive assignment of another State Attorney with respect to the investigation and prosecution of this case and all related matters,” the executive reassignment order stated.

Brodsky is a Republican who’s up for re-election in November. Robinson also serves as treasurer of his re-election campaign.

Robinson is a very well-known figure in Florida Republican political circles and previously partnered a private practice accounting firm with Chairman of the Florida Republican Party Joe Gruters. According to the website Florida Politics, in addition to chairing more than two dozen PACs, Robinson also serves as the treasurer for many other political committees.

The Florida Ethics Commission last month completed an investigation into the Robinson-chaired committee “Making a Better Tomorrow” stemming from allegations the committee violated campaign finance. The commission concluded that that the group did not violate any laws.

Robinson told the Herald-Tribune that he was unaware of any ongoing investigation and did not know what underlying conduct was being alleged.

But Betsy Young, Brodsky’s Democratic opponent in the upcoming election, told the Herald-Tribune that the prosecutor needed to be more transparent about what conduct is being investigated.

“If Ed wants us to believe that he isn’t breaking the law himself, he should immediately remove Robinson as campaign treasurer, make public all documents related to his employment with the State Attorney’s Office, and disclose exactly what crimes Eric Robinson is being investigated for,” she wrote in an emailed statement.

See below for DeSantis’s executive order:

DeSantis EO by Law&Crime on Scribd