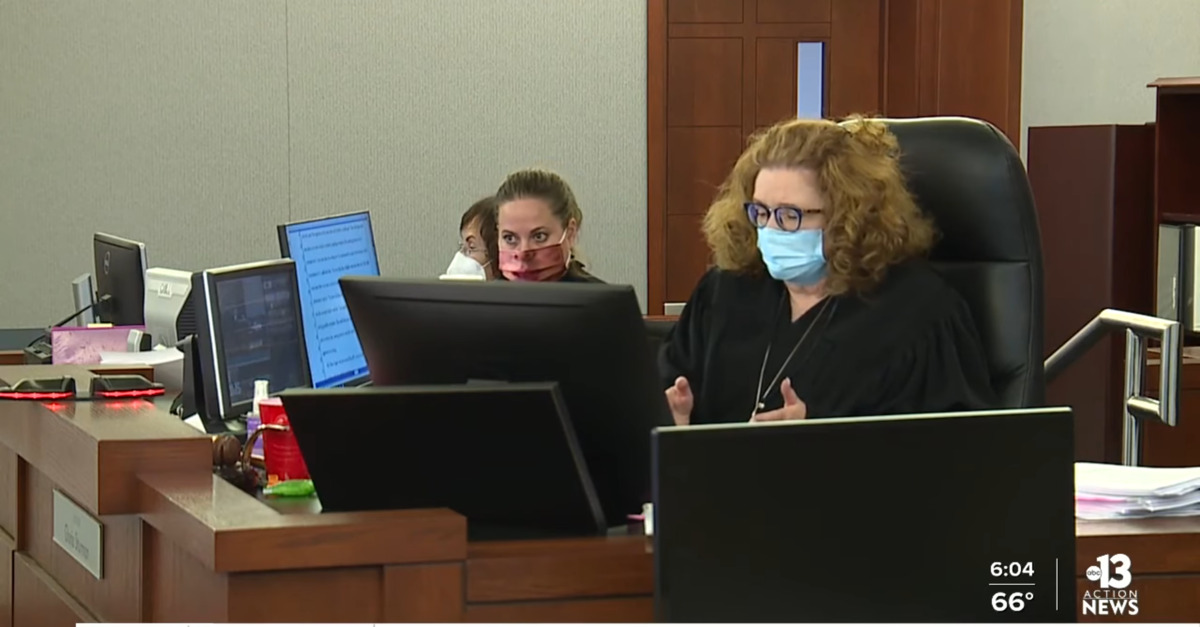 An election-focused hearing in Nevada was promptly scuttled on Monday morning after a Republican Party attorney called out the judge overseeing the case for her political affiliations.

The underlying case was filed last week by GOP congressional candidate Daniel Rodimer, a former professional wrestler who was defeated in the general election by Democratic Rep. Susie Lee.

Fashioned as a writ for mandamus–a request for a court to instruct another agency to do something specifically outlined by the plaintiff–Rodimer wants the district court in Clark County, Nevada “to order a new election based on substantial irregularities, improprieties, and fraud that occurred in Nevada’s 2020 general election.”

Rodimer lost to Lee by three percentage points-roughly 12,000 votes–and claims that his loss would not have occurred but for those alleged irregularities, improprieties and fraud.

The filing singled out the following allegedly untoward activity:

The Registrar of Voter’s failure to follow multiple required statutory procedures for conducting an election – specifically, flooding the County with un-trackable ballots and the use of Agilis mail ballot processing machine with signature recognition software instead of a person as required under the Nevada Revised Statutes as amended including AB4 provisions. In fact, at the Clark County Commission meeting held on November 16, 2020, Clark County Registrar of Voters Joseph Gloria acknowledged to the Clark County Commission that his staff “discovered discrepancies that we cannot explain” and cannot be remedied by a recount.

The Monday hearing on that request barely got off the ground before Rodimer’s attorney Craig Mueller moved to have Clark County District Court Judge Gloria Sturman tossed from the case due to her affiliation with Emerge America, a non-profit dedicated to supporting and encouraging women who run for office as Democrats.

“Emerge is changing the face of politics to create an inclusive democracy,” the organization says on its website. “We are the nation’s premier organization that recruits, trains and provides a powerful network to Democratic women who want to run for office. We inspire women to run, we hone their skills to win.”

According to BuzzFeed News‘s Zoe Tillman, the proceedings were “paused” after Mueller made the recusal request because the matter has to be assessed by the district’s Chief Judge Linda Marie Bell.

Before recessing, however, Sturman made note of the legal standard necessary to recuse judges in the Silver State:

Sturman notes NV state judges can belong to political parties and says recusal requires more concrete concerns of bias, so she expressed skepticism that this affiliation would be grounds for recusal — but the rules dictate that it should go to the chief, so this is paused for now

Notably, the recusal request was based on the idea that Sturman was a “member” of Emerge America, but the group quickly moved to staunch the negative implication by releasing a statement which says the group actually doesn’t have any members.

“Judge Gloria Sturman is an Emerge Nevada alumna, but she is not a member as there is no membership in Emerge,” the statement continues. “There is no conflict between Judge Sturmen’s [sic] participation in our training program in 2009, with her as a candidate in 2010, 2014 and 2020, and her actions as a sitting judge.”

DENIED by Judge Sturman for lack of jurisdiction.