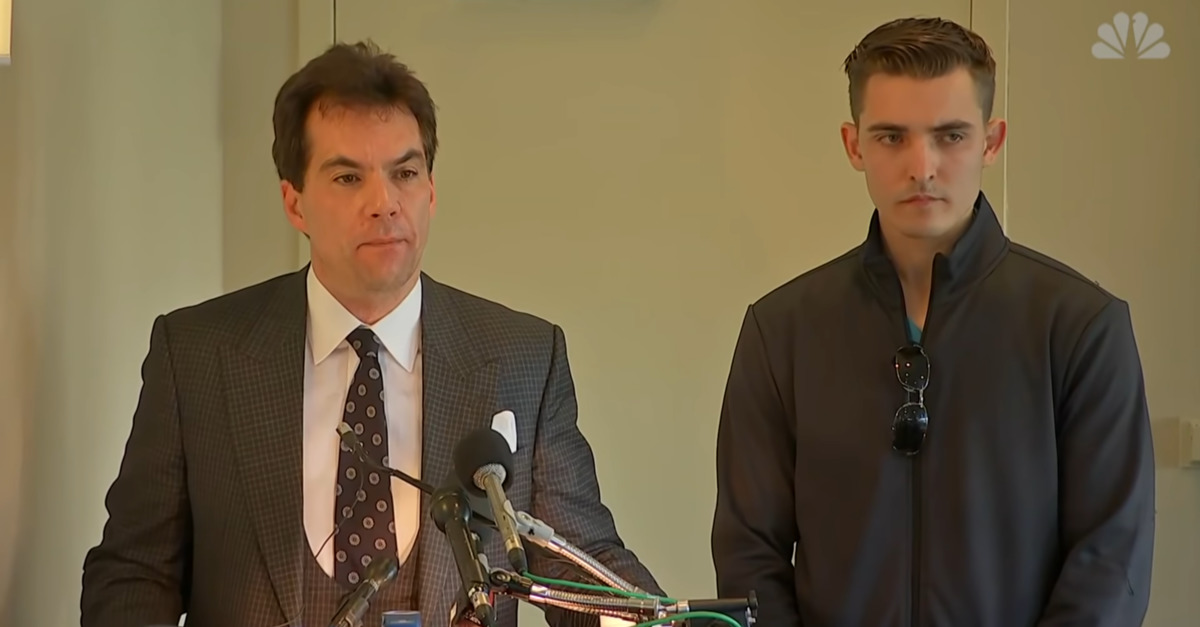 Michigan authorities are investigating a robocall that is targeting voters in Detroit by providing false information about mail-in voting.

The audio of the phone call in question:

This is [unintelligible] 1699, a civil rights organization founded by Jack Burkman and Jacob Wohl. Mail-in voting sounds great. But did you know that if you vote by mail, your personal information will be part of a public database that will be used by police departments to track down old warrants, and be used by credit card companies to collect outstanding debt? The CDC is even pushing to give preference for mail in voting to track people for mandatory vaccines Don’t be [unintelligible] into giving your private information to the man. Stay safe, and beware of vote by mail.

Michigan Secretary of State Jocelyn Benson (D) addressed the misinformation campaign on Thursday by noting that she had received a copy of the recording. Benson also asked for citizens to report additional instances of “similar false” information.

The Wolverine State’s top elections official said the decidedly false information relayed by the robocall was paired with “racially-charged stereotypes” in an effort to “deter voting by mail.”

“It is an unconscionable, indefensible, blatant attempt to lie to citizens about their right to vote,” Benson said. “The call preys on voters’ fear and mistrust of the criminal justice system – at a moment of historic reckoning and confrontation of systemic racism and the generational trauma that results – and twists it into a fabricated threat in order to discourage people from voting.”

A joint statement with Michigan Attorney General Dana Nessel (D) advised caution about the exact source of the call–noting that though “the caller claims to be associated with” Burkman and Wohl, “the source of the call is still unknown.” The statement also adds a bit of backstory about the duo by explaining that they are “two political operatives with a known reputation for spreading misinformation in an effort to gain notoriety.”

According to the Daily Beast, Burkman and Wohl both denied responsibility for the call.

“This is an unfortunate but perfect example of just how low people will go to undermine this election,” Nessel said. “This robocall is fraught with scare tactics designed to intimidate Black voters – and we are already working hard to find the bad actors behind this effort.”

The prospect of Attorney General Bill Barr acting against voter suppression efforts purportedly conducted by right-wing activists is generally viewed as unlikely. Nessel’s involvement in the investigation would seem to suggest a focus on state voting laws–rather than federal–if the matter were to eventually become criminal.

One statute might provide authority for pursuing such charges:

Codified at §168.932, violations are charged as felonies.

Details about the state of the investigation are not currently forthcoming.

“The Attorney General and I will use every tool at our disposal to dispel this false rhetoric and seek justice on behalf of every voter who was targeted and harmed by this vicious attempt at voter suppression,” Benson said in the joint statement.