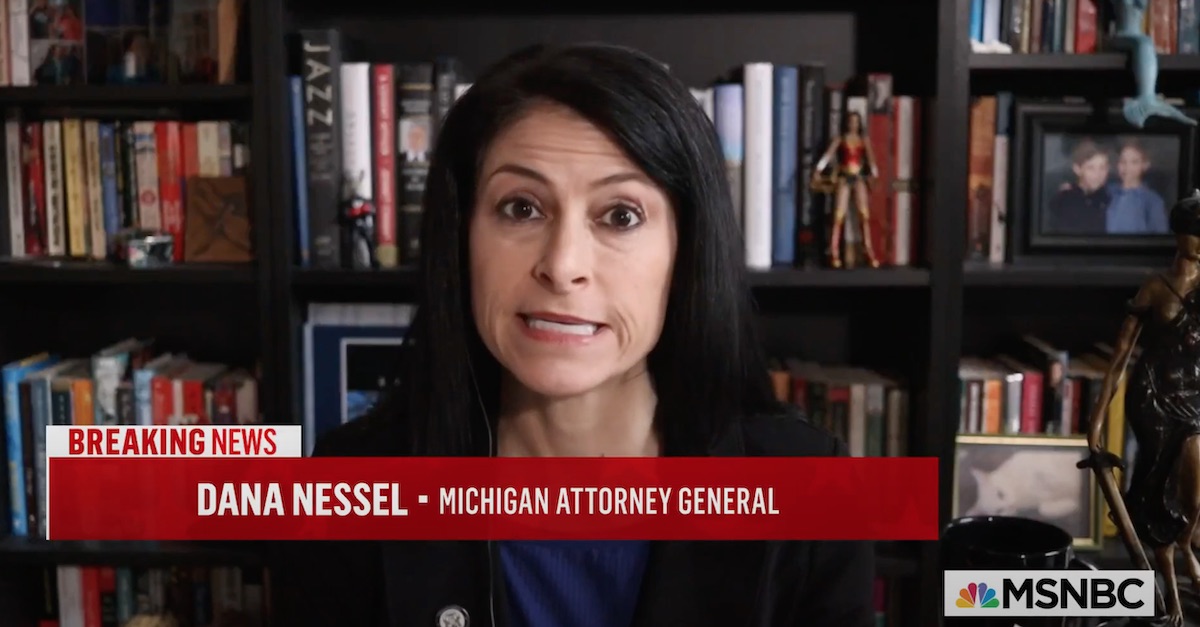 Michigan Attorney General Dana Nessel said Thursday that her staffers have received a barrage of threatening phone calls from members of the public, who in some cases have told public servants to “shove sharpies in uncomfortable places.”

Nessel, a Democrat, said in a Thursday afternoon tweet that there have been threatening and harassing phone calls..

Dear members of the public: Please stop making harassing & threatening calls to my staff. They are kind, hardworking public servants just doing their job. Asking them to shove sharpies in uncomfortable places is never appropriate & is a sad commentary on the state of our nation.

“Dear members of the public: Please stop making harassing & threatening calls to my staff. They are kind, hardworking public servants just doing their job. Asking them to shove sharpies in uncomfortable places is never appropriate & is a sad commentary on the state of our nation,” Nessel said.

Earlier on Thursday, Nessel’s office released a statement after a state judge denied a Trump campaign attempt to stop ballot counting (in a state that was called for Joe Biden).

Michigan AG reports harassment and threats against her staff, shortly after they beat the Trump campaign handily in court today.

“We are pleased with Court of Claims Judge Cynthia Stephens’ swift action in today’s hearing on Trump v Benson to deny the relief requested by plaintiffs,” Nessel’s Press Secretary Ryan Jarvi. “She identified the same defects in the campaign’s filings as we did, namely a complete lack of any evidence of wrongdoing on the part of election officials, and meritless legal arguments. Michigan’s elections have been fair, transparent and reflect the will of the voters, and we will continue to defend against any challenges that claim otherwise.”

It’s unclear why “Sharpies” were specifically referenced in the alleged threats described by Nessel. Law&Crime has reached out for comment in an attempt to learn more. But a fixation on Sharpies, a permanent marker President Donald Trump happens to love, has actually made an impact on election news over the couple of days.

Supporters of the president, apparently so concerned that ballots marked up by Sharpies were not being counted, swarmed a vote-counting center on Wednesday night. A conservative law firm even filed a lawsuit over the unfounded idea that the latest iteration of Sharpiegate could cost Trump four more years as president.