Man Seen Walking Through Capitol Building with Confederate Flag Has Been Arrested: DOJ 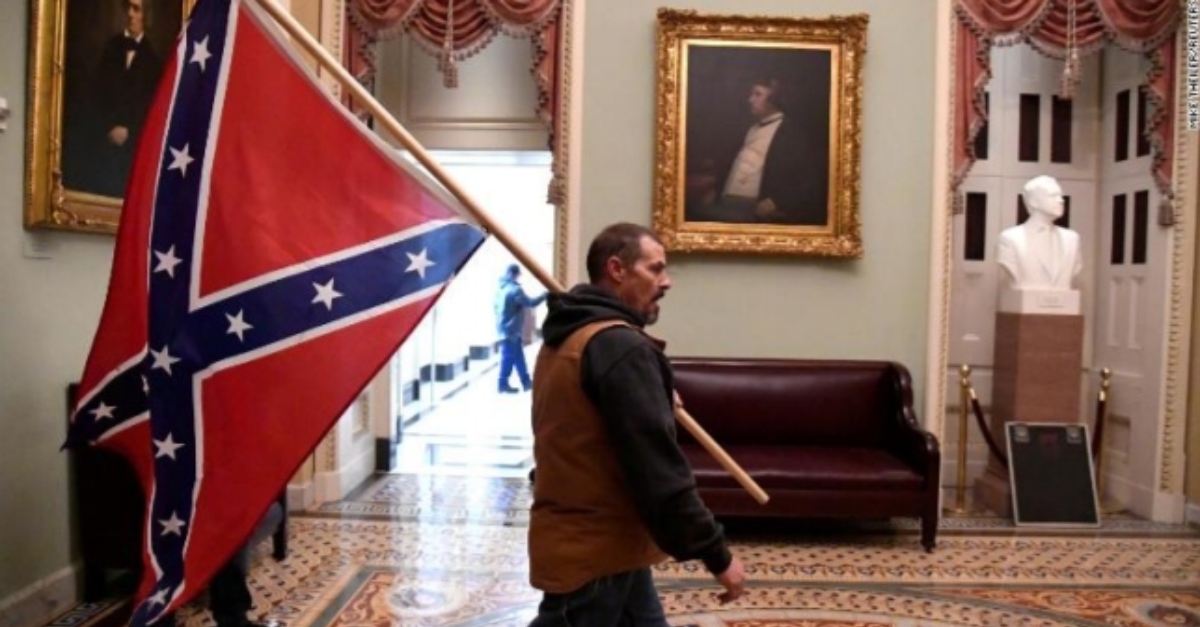 A man seen walking through the Capitol Building while holding a confederate flag during the D.C. insurrection has been arrested. His son is accused of helping smash out a window so supporters of President Donald Trump could raid the premises. The Federal Bureau of Investigation issued their affidavit against Delaware father Kevin Seefried and his co-defendant Hunter Seefried in a document dated Wednesday.

Kevin Seefried was identified as the man holding the confederate flag in the infamous photographic evidence. The FBI was sure to cite it in its affidavit. It also said the father and son duo were part of a group that argued with several Capitol officers for about 15 minutes. Investigators say they saw video footage of Hunter Seefried punching out glass in one of the windows in the Capitol building after others shattered it with a wooden 2 x 4. From the agent’s affidavit:

According to authorities, they got a tip about the Seefrieds being involved after Hunter “had bragged about being in the Capitol with his father on January 6, 2021.” 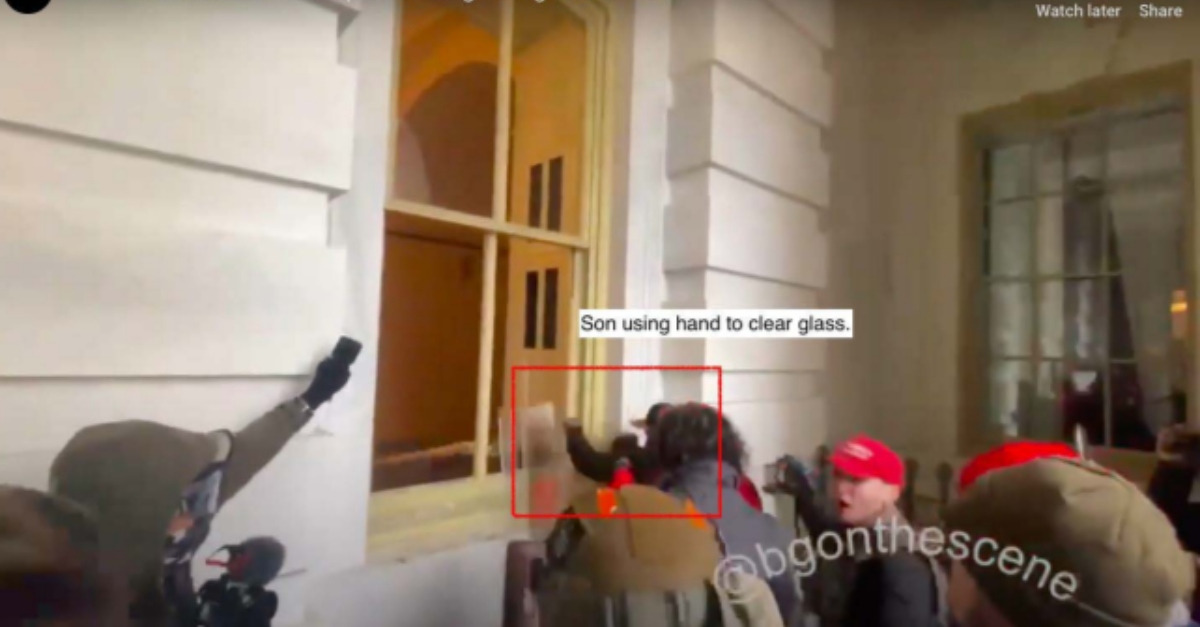 Image alleged to show Hunter Seefried clearing glass from a window at the U.S. Capitol.

The Department of Justice says both defendants were arrested on Thursday and charged with one count of knowingly entering or remaining in any restricted building or grounds without lawful authority, one count of violent entry and disorderly conduct on Capitol grounds, and one count of depredation of government property

[Images from the FBI affidavit]