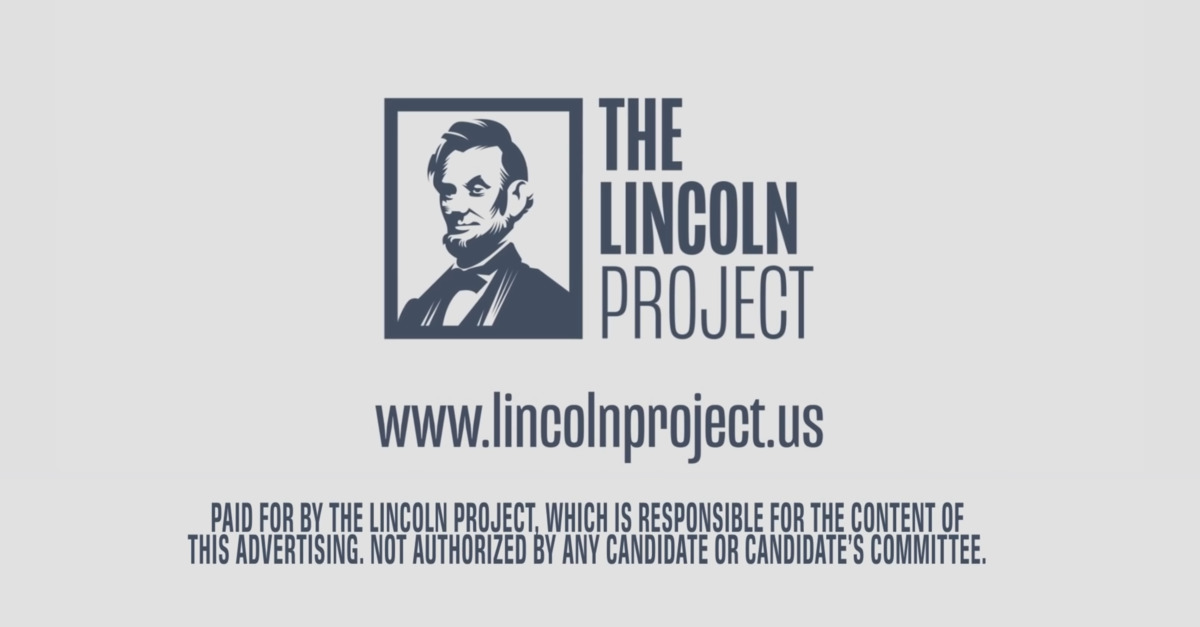 “Here are two attorneys attempting to help Trump overturn the will of the Pennsylvanian people,” the since-deleted Lincoln Project post says before relaying their phone numbers, company email addresses and avatar photos. “Make them famous.”

The group also attached a black and white privateers flag emoji to the offending tweet–an international symbol for criminality and brigandry.

Notably, both of the attorneys called out in the tweet share their personal information freely. It is contained on the company’s website and in their public court filings. Twitter, however, usually considers sharing such public information a violation of the rules.

A flurry of tweets from the group gamed out an effort to target the firm for its pro-Trump work.

“Employees of @JonesDay [and] @PorterWright, do you believe your law firms should be attempting to overturn the will of the American people?” the group tweeted.

“The law firms architecting [sic] Donald Trump’s unwarranted and dangerous attacks on our democracy are @JonesDay & @PorterWright,” another tweet said. “Their employees should resign in protest.”

One tweet even advised their fans to create fake LinkedIn accounts in order to threaten employees who work at the two firms.

“Defend your democracy,” the group instructed its followers. “1. Created a LinkedIn account. 2. Message someone who works at @JonesDay or @PorterWright. 3. Ask them how they can work for an organization trying to overturn the will of the American people.”

Jones Day later released a statement saying they would not back down in response to the campaign and would continue litigating the Pennsylvania election in court.

“This case presents an important and recurring rule-of-law question under the U.S. Constitution,” the law firm said. “Indeed, on November 9, seventeen (17) States filed amicus briefs supporting this cert petition and asking the U.S. Supreme Court to grant review. Jones Day will not withdraw from that representation.”

The Lincoln Project is a political action committee (PAC) made up of Republicans, former Republicans and so-called “Never Trump” conservatives who have raised millions of dollars from liberal donors since their founding in late 2019.

The group’s ads and general media presence have been praised by critics of the Trump White House for their passion, insults and perceived-to-be fighting spirit, while others have attacked this same content for being “personally abusive, overwrought, pointlessly salacious, and trip-wired with non sequiturs.”

Prior to their Twitter suspension, the PAC said they would spend $50,000 targeting the Trump admin-affiliated law firms–as well as some of their clients.

The group, seen by many as a “grift,” was recently blasted by campaign finance experts and anti-corruption advocates for self-dealing. According to an independent and non-partisan analysis of their spending, the Lincoln Project spent nearly $25 million during the third quarter “mostly routed into its founders firms.”

Some of their founding members have also been criticized for their apparent previous support of men—including George Zimmerman—who killed Black teens. Lincoln Project co-founder Rick Wilson was personally accused of hypocrisy by conservatives and Donald Trump Jr. for criticizing fans of the Confederate flag earlier this year–after it was discovered that he owned an ice chest adorned with the Confederate flag bearing the racist phrase: “The South Shall Rise Again.”