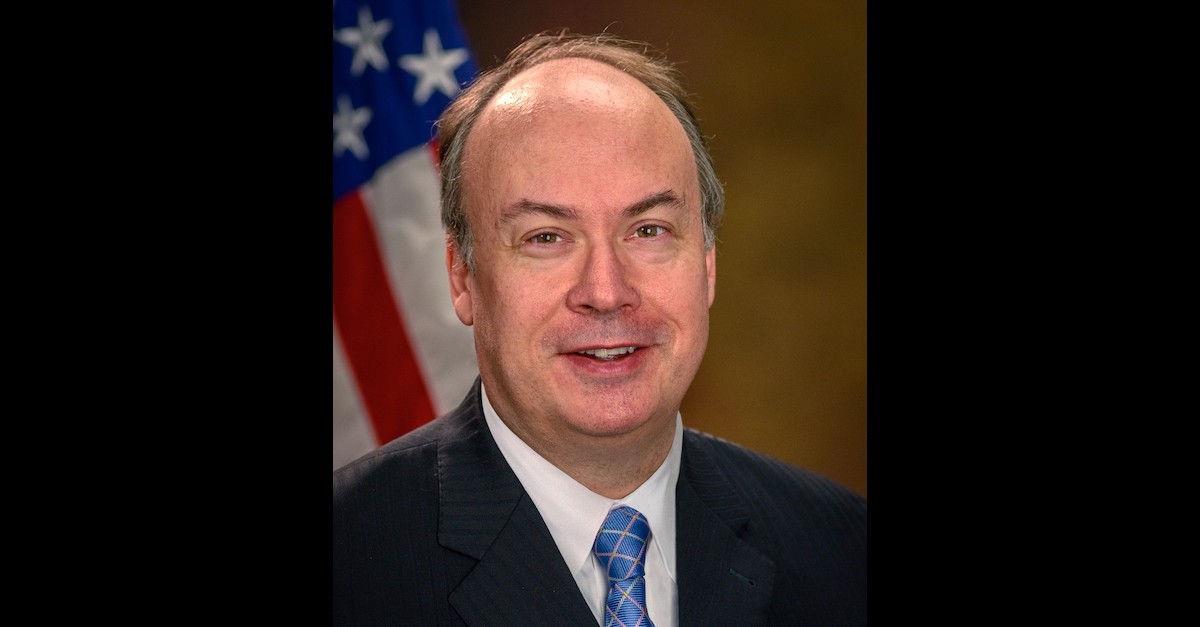 A former DOJ attorney prized by Donald Trump for his willingness to push envelopes brimming with conspiracy theories during the ill-fated legal effort to overturn the 2020 election results wants his bar ethics case moved to federal court and out of the Washington, D.C. local system.

Jeffrey Clark, a former assistant attorney general at one sub-agency within the U.S. Department of Justice and an acting assistant attorney general within another, faces professional misconduct charges filed by the D.C. Bar Office of Disciplinary Counsel. Those charges are focused on unsent draft letter that falsely claimed DOJ “identified significant concerns that may have impacted the outcome of the election in multiple States, including the State of Georgia.”

“This statement was false,” Disciplinary Counsel Hamilton P. Fox, III wrote in the specification of charges filed against Clark. “The Department was aware of no allegations of election fraud in Georgia that would have affected the results of the presidential election.”

The charging document goes on to categorize four additional statements regarding Georgia’s 2020 presidential election in the never-issued “Proof of Concept” letter as false or misleading – including a claim that DOJ was involved in and troubled by the “posture” and “pace” of a lawsuit in Fulton County.

Clark’s letter also said DOJ had determined that the Peach State’s governor should call a special session of the legislature – and further mused about how the legislature could call itself into session on its own accord if the governor refused to do so. In fact, nothing of the sort had been determined or suggested by DOJ at all.

In mid-September, Clark answered the formal charges, saying he is immune from them due to the Bar lacking jurisdiction over his conduct as an attorney operating within the executive branch. Several different theories offered various iterations of the claim that the D.C. Bar lacks such jurisdiction. The defendant’s answer also offered various other defenses, including a claim that his then-superiors at DOJ – Jeffrey Rosen and Richard Donoghue – were in “dereliction of duty” when they shelved the conspiracy theory-laden letter.

The Monday removal bid attempts to make hay out of Clark’s former job status as a “high-ranking federal officer” as well.

In the 38-page filing, Clark terms the inquiry a “quasi-prosecution” and notes how he was previously confirmed by the U.S. Senate for his role with the DOJ’s Environment & Natural Resources Division.

The heart of the effort to move the case into federal court is an argument that the D.C. Court of Appeals, and the D.C. Board on Professional Responsibility which is adjunct to the appellate court, is an Article I court – a court that operates in special jurisdictions – that “has no, or at best only limited authority to supervise the conduct of attorneys who conduct the business of the federal government.”

“In this case, it is the District of Columbia government, a creature of Congress created pursuant to its plenary powers under the Seat of Government Clause, U.S. Const. art. I, § 17, that claims the power to supervise the internal operations and deliberations of the Executive Branch,” Clark’s filing argues. “This case is, therefore, a direct attack on fundamental principle of separation of powers.”

The main issue, as Clark’s attorney sees it, is that the D.C. Bar is effectively an attempt by Congress to regulate the executive branch.

“[L]ike Congress itself, the [D.C. Court of Appeals] has no authority whatsoever to discipline a federal counselor to the president based on Disciplinary Counsel’s own—or congressional—disagreement with the substance or development of advice and recommendations concerning Department of Justice law enforcement policy,” the filing argues.

The charges against Clark were originally referred to the D.C. Bar by members of the Senate Judiciary Committee in October 2021.

The removal effort seeks to rubbish the genesis of the complaint:

“Accordingly, ODC has no jurisdiction to intrude upon, politicize, or second-guess advice given to the president that, under any reading of the D.C. Rules of Professional Conduct, were consistent with [Clark’s] duties,” the filing goes on. “Nor does it have the authority to use its subpoena power to advance the political agenda of a U.S. senator.”

Clark’s motion further argues that removal is necessary and of the utmost importance because the professional responsibility board has, at the hearing committee level, decided to hear and consider evidence before sorting out the jurisdictional issue. Additionally, Clark claims, the full board, and the D.C. Court of Appeals have also not weighed in on the jurisdictional issues as of yet. The current state of affairs, the filing argues, “has turned this ordinary practice on its head” in violation of U.S. Supreme Court precedent.

Clark, of course, is no longer a federal official but the statute on which he relies provides for removal based on a party’s tenure actions while they were under the employ of the federal government.

A footnote near the end of the motion distills what is likely to be another key issue in the case – the fact that Clark’s erroneous Proof of Concept letter and associated activities were advice that was not followed and never made their way before a tribunal.

“[A]s the ODC has admitted, it does not ‘ordinarily apply’ its rules of ethics to non-court, purely internal advice provided by high-ranking DOJ lawyers to their superiors up to and including the President of the United States,” the removal notice says.

[Image via the U.S. Department of Justice]