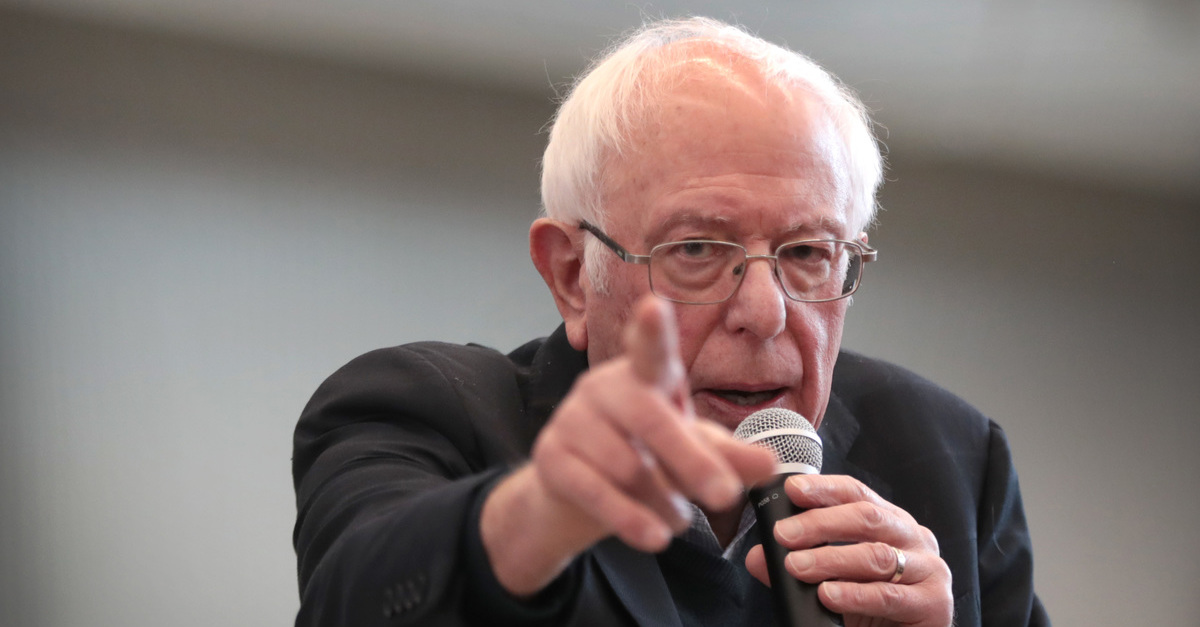 “Yet again, one of our campaign offices has been vandalized with derogatory language — using the word ‘oligarch’ — in an act of hate,” campaign manager Kevin Sheekey said in a statement on Monday. “We cannot, and will not, tolerate these acts. While we do not know who is directly responsible, we do know Senator Bernie Sanders and his campaign have repeatedly invoked this language, and the word ‘oligarch’ specifically when discussing Mike Bloomberg and his campaign.”

New Bloomberg press release blames @BernieSanders for the recent vandalism of his Chicago campaign office, arguing that whoever spray-painted "oligarch" was inspired by Sanders. He calls it an "act of hate." pic.twitter.com/15gcdbD851

Sheekey further contended that Sanders, who has used the term “oligarch” to describe Bloomberg, illustrated his lack of leadership by failing to condemn the act.

“Sen. Sanders’ refusal to denounce these illegal acts is a sign of his inability to lead, and his willingness to condone and promote Trump-like rhetoric has no place in our politics,” Sheekey said. “Fortunately, no one has been injured. But this needs to end before someone gets hurt. No one should have to live in fear of coming to work, and Sen. Sanders must call on his supporters – including his campaign staff – to elevate the discourse in this campaign and end their spread of hateful rhetoric.”

Monday marked the second time Sheekey pinned blame for criminal vandalism on Sanders’s rhetoric toward the ultra-wealthy. Last week, the campaign’s Knoxville, Tennessee office was spray-painted with “F*ck Bloomberg” as well as the term “oligarch.”

It looks like things will only ratchet up from here.