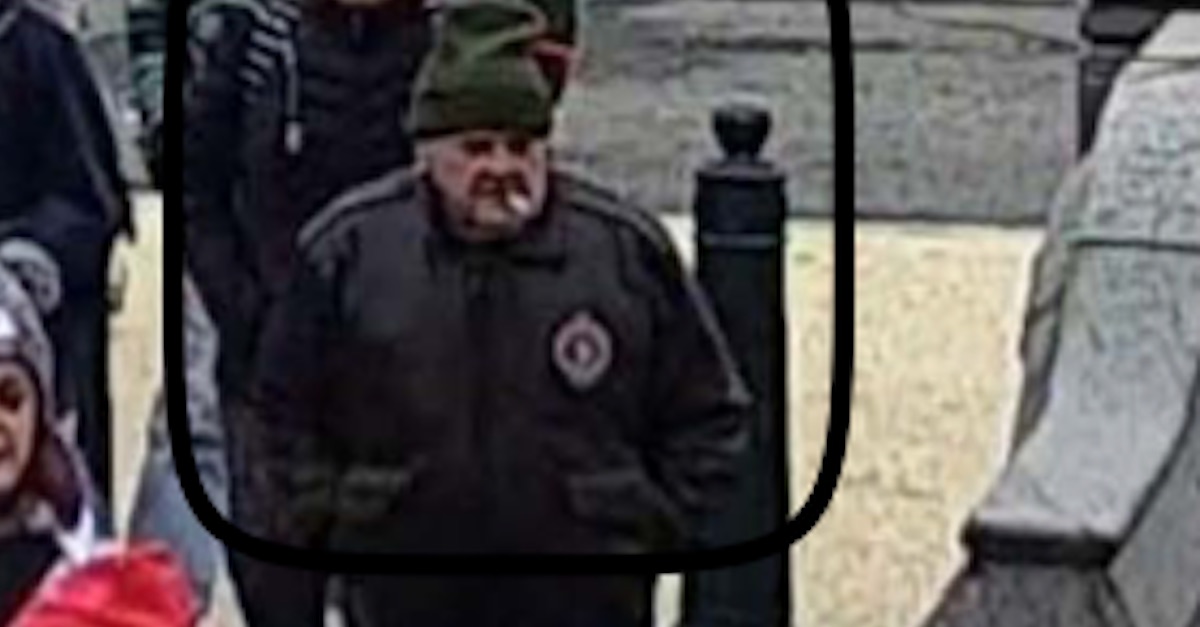 Two men previously arrested on relatively minor charges over their alleged roles in the pro-Trump storming of the U.S. Capitol Complex on January 6 were charged with more serious offenses by federal authorities on Tuesday morning.

According to two indictments, 51-year-old Mark Leffingwell of Seattle and 70-year-old Lonnie Coffman of Alabama were each charged with multiple violations of federal law by the U.S. Attorney for the District of Columbia.

Leffingwell was charged with seven federal crimes by a grand jury:

As Law&Crime previously reported, Leffingwell was initially charged with striking a law enforcement officer as officials were trying to stop a group of pro-Trump supporters who had broken into the U.S. Capitol Complex through a window. The defendant apologized for his behavior toward law enforcement after being taken into custody.

The indictment is largely light on analysis and explanation for the charges but alleges that Leffingwell:

[C]ommitted, and attempted to commit, an act to obstruct, impede, and interfere with a law enforcement officer lawfully engaged in the lawful performance of his official duties incident to and during the commission of a civil disorder, and [that] the civil disorder obstructed, delayed, and adversely affected the conduct and performance of a federally protected function, namely the certification of the Electoral College of the 2020 Presidential Election by a joint session of Congress.

“Reading a bunch of these criminal complaints, and man it’s striking that they’re used to having police overlook their crimes because they keep apologizing for assaulting the police,” mused Virginia Democratic Party gubernatorial candidate Lee Carter. “I’m gonna go out on a limb and say that’ll be viewed as an admission of guilt.”

Coffman was hit with seventeen District-and-federal charges–all of which are related to allegedly unlawful firearms possession.

Multiple exhibits appended to Coffman’s indictment include photographs of various firearms, ammunition and other weapons he allegedly traveled with from the Yellowhammer State. Most of those alleged crimes are violations of strict D.C. laws regulating the Second Amendment. Coffman was also charged with one federal count of possessing an unregistered firearm. 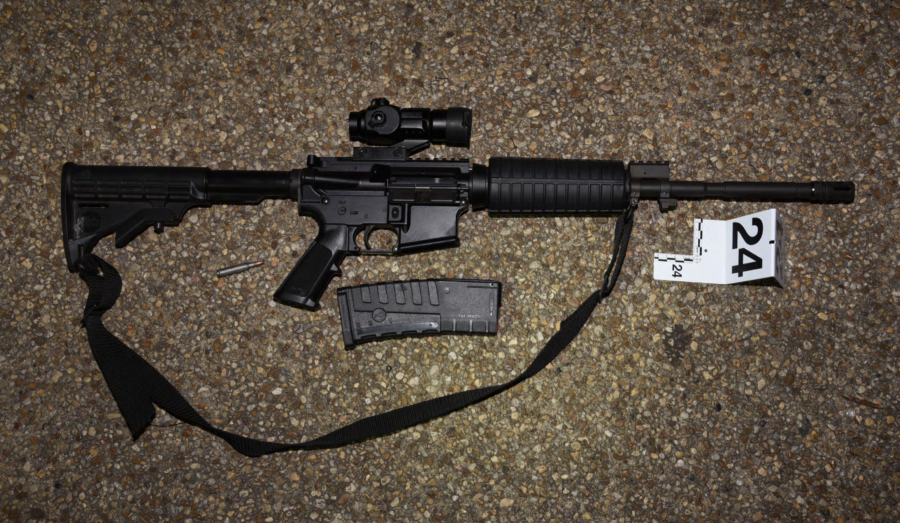 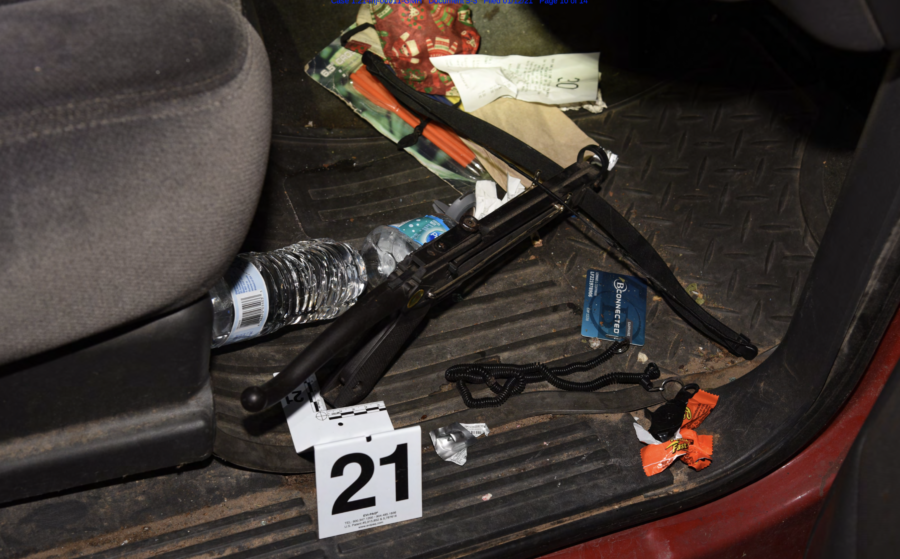 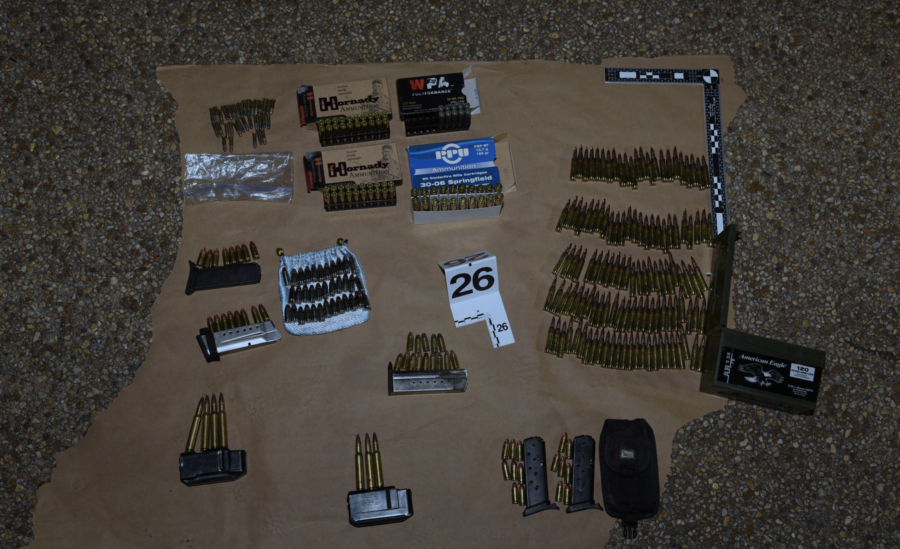 “COFFMAN knowingly possessed a firearm, namely a destructive device, that is, eleven Molotov cocktails and any combination of parts designed and intended for use in converting any device into a Molotov cocktail,” the indictment alleges.

An additional exhibit attached to Coffman’s indictment supporting his pretrial detention shows a handwritten list of perceived allies and enemies which is preceded by an Abraham Lincoln quote: 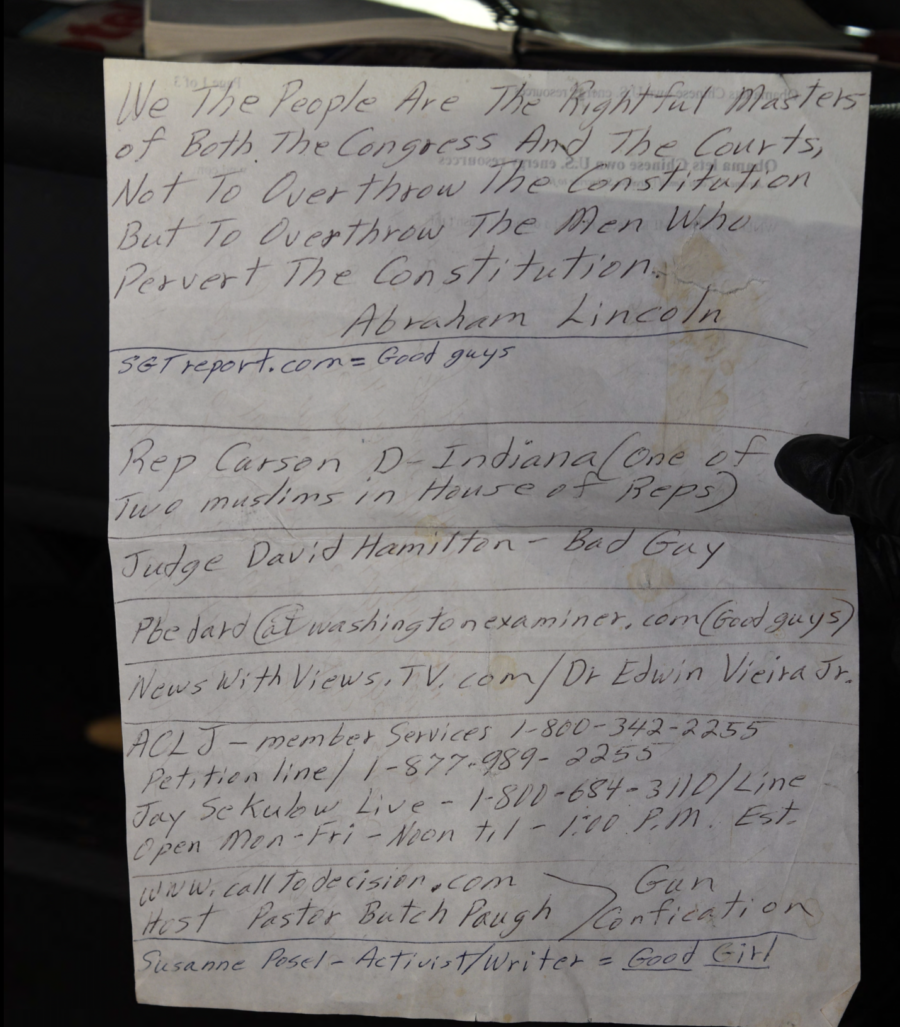 The list also includes various media numbers and email addresses–including libertarian News With Views’ Dr. Edwin Vieira Jr. and Trump attorney Jay Sekulow. There was even the call-in number for Sekulow’s radio show. The Washington Examiner’s Paul Bedard is listed as one of the “Good guys” and The US Independent (a far-right website) chief editor Susanne Posel is listed as a “Good Girl.”

If convicted as charged, each man faces multiple decades in prison.