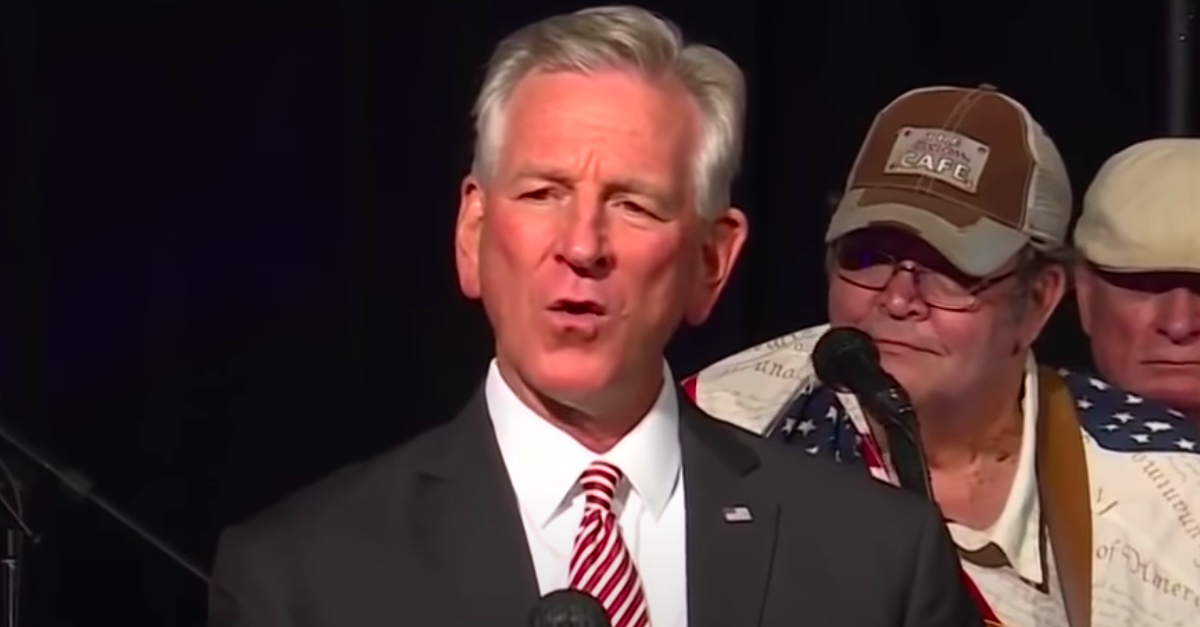 Alabama Republican Senate candidate Tommy Tuberville, who earlier this year beat former U.S. Attorney General Jeff Sessions in the state’s primary election, has been associated over the years with at least three individuals who ended up getting convicted for “Ponzi schemes,” The New York Times reported on Monday.

In 2012, Stroud was indicted by a grand jury on 10 counts of theft by deception, seven counts of investment fraud, two counts of failing to register with the Alabama Securities Commission (ASC), and two counts of securities fraud. He was eventually sentenced to 10 years in state prison for falsely portraying himself as a commodities trader in order to fundraise $5.2 million from investors which he then used to make return payments to different investors.

Though he escaped any criminal liability, Tuberville was sued by TS Capital investors for allegedly engaging in fraud and violating his fiduciary duty. The controversy ended with a 2013 confidential settlement agreement.

The Times’s account of relevant court records found that Tuberville’s recent claim that he was only sued by investors “because I invested in it, and he used my name to get other people to put money in,” does not appear to hold up to scrutiny, and not just because the “T” in TS Capital stood for Tuberville.

“While he was not picking stocks, or even a frequent presence in the office, Mr. Tuberville made introductions to potential investors, had business cards identifying himself as managing partner, and leased a BMW and got his health insurance through the company,” the report stated. “Its offices in Auburn were filled with his coaching memorabilia. In 2010, he traveled to New York with Mr. Stroud to meet potential brokers for the fund, and was kept in the loop on decisions about hiring, according to email traffic.”

In July, Tuberville’s attorney and campaign manager Stan McDonald denied his client was involved in the financial aspects of TS Capital’s business.

“Coach Tuberville was as surprised as anyone to learn Stroud had lost all the money, including Coach’s. He never received a dime; it was a dead loss for him and his family,” McDonald told the Times. “The Lord humbles us on many occasions, and this was such a moment for Coach.”

McDonald also said, however, that Tuberville refused to release any of the investors from the confidentiality agreement so they could speak to the Times about the circumstances of the settlement. Another Tuberville lawyer, Victor Hayslip, said “Being naïve is not a crime.”

In two other instances, Tuberville appeared to be the victim of fraudulent financial schemes.

One of those was his $1.9 million investment in GLC Enterprises, which the Securities and Exchange Commission called “an $80 million Ponzi scheme” that ensnared “several coaches and former players” before it was shut down in 2011, the report stated.

Tuberville also transacted with a third man who went on to plead guilty to fraud.

“In 2004, Mr. Tuberville and his wife bought their home in Santa Rosa Beach, Fla., through a limited liability company setup by a Georgia lawyer named Robert P. Copeland,” the Times reported. “From at least 2004 to 2009, Mr. Copeland was accused of running what the S.E.C. called ‘a classic Ponzi scheme’ that raised $35 million for real estate transactions, though the money was often pocketed instead. He pleaded guilty in 2009 and was sentenced to more than a decade in prison on a wire fraud charge.”

Tuberville defeated Sessions in the Republican primary by asserting that he himself is “strong” while Sessions is “weak.”

In the video, Tuberville said he was proud to be endorsed by President Donald Trump.

Sen. Doug Jones, a Democrat who barely defeated Roy Moore in 2017, is seeking reelection. The polls give Tuberville a substantial edge over Jones; some recent margins are as wide as 12 points.