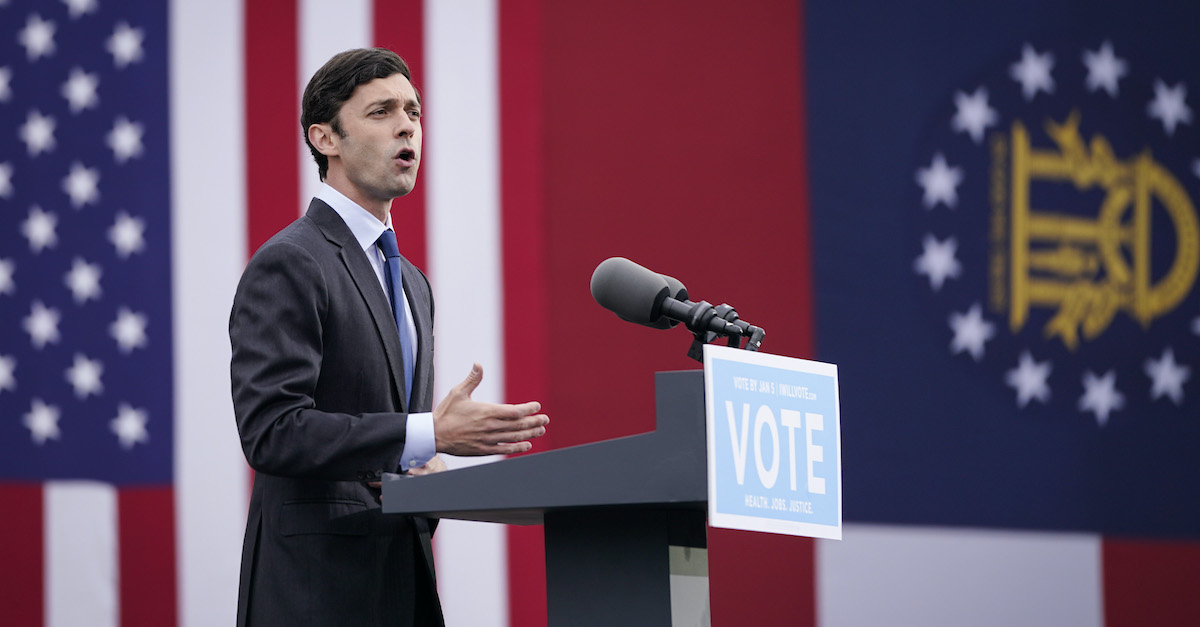 Two days into early voting in Georgia, a federal judge in the Peach State threw out a lawsuit by local Republicans. The judge said that the suit tried to change the absentee ballot-counting rules at “halftime.”

“I have real concerns about whether this court […] should even entertain this action at this point,” U.S. District Judge J. Randal Hall, the chief of the Southern District of Georgia and a George W. Bush appointee, remarked from the bench on Thursday morning before issuing his ruling. “Fraud concerns at this stage are all highly speculative.”

The Twelfth Congressional District Republican Committee filed its lawsuit on Dec. 9, less than a week before the start of Georgia runoff elections that could flip the U.S. Senate into Democratic control. They lobbed wide-ranging complaints against the state’s absentee voting procedures established by Republican Secretary of State Brad Raffensperger, such as the early processing of absentee ballots, use of unattended drop boxes, and signature verification processes.

Judge Hall found that none of the plaintiffs had standing because they could not prove any injury. Joining the local GOP group in the lawsuit were Georgia voter Brian W. Tucker and would-be Trump electors Cathy A. Latham and Edward T. Metz.

All of them gunned after voting rules that had been established for months, in order to help Peach State voters participate in the democratic process during a pandemic.

Russell David Willard, counsel for Georgia’s Office of the Attorney General, rattled off a list of procedural defects from the lack of standing, timeliness and evidence in urging its quick dismissal.

“For all these reasons, we ask you to end this farce,” he concluded.

“There has been no evidence, not even at the minimal standard[…] that there is any ‘ballot harvesting’ or ‘voter fraud,'” Callais said.

Lawyer Julie M. Houk, a lawyer from the  Lawyers’ Committee for Civil Rights Under Law, also appeared in court on behalf of the NAACP, which has intervened in various Trump- and Republican-led efforts to discredit and disenfranchise counties and municipalities with diverse electorates.

A similar lawsuit brought by the Georgia Republican Party, National Republican Senatorial Committee, Perdue for Senate, and Georgians for Kelly Loeffler heads to a hearing this afternoon.

Representatives of both political parties did not respond to emails requesting comment.