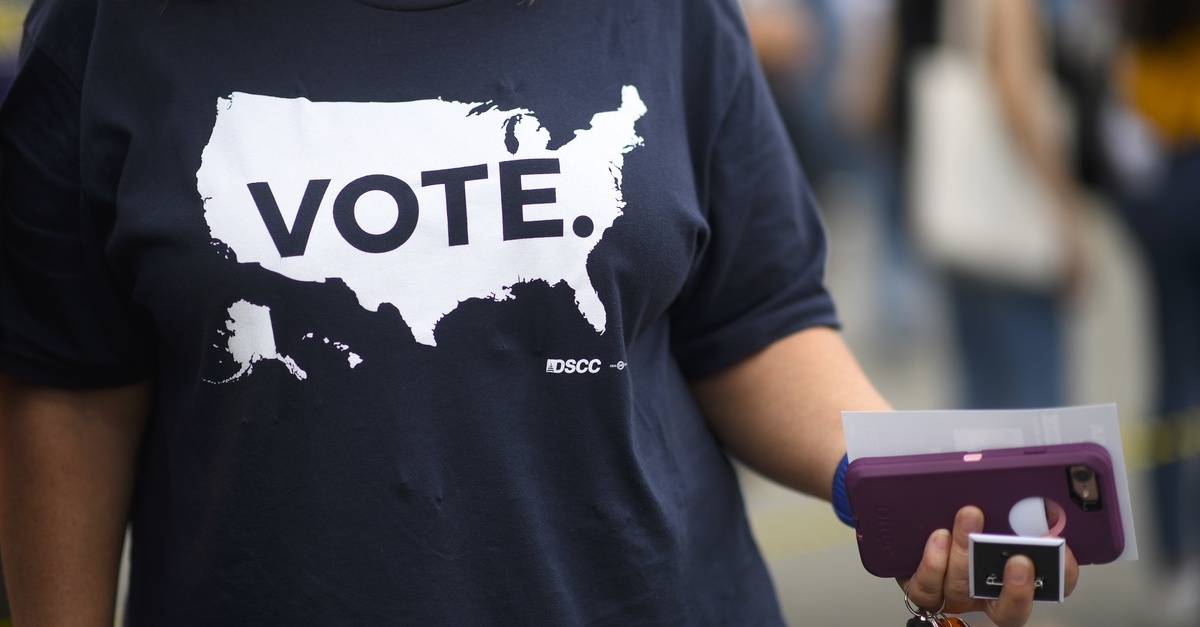 The Commonwealth of Pennsylvania relaxed controversial verification rules for the processing of mail-in ballots last week in a decided victory and boon for voting rights advocates. The decision also short-circuits a voting access lawsuit already in progress.

Pennsylvania Secretary of State Kathy Boockvar (D) issued guidance to counties that local election officials cannot perform on-the-spot signature analysis. Effectively, this means that ballots cannot be rejected because an election official believes the voter’s signature on a ballot envelope does not match the signature on file.

The only expressly noted situation in which a voter’s declaration can be deemed insufficient, according to the memo, is an instance in which there is no signature contained in the declaration area whatsoever. Election officials are also encouraged to “examine” and cross-reference the voter’s name and address with a database for registered and absentee voters. Additionally, ballots by people who died are supposed to be be thrown out at this stage.

But “signature analysis” is specifically mentioned as a no-go area for election workers.

Boockvar’s guidance fashions the rule as an effort to “promote consistency across the 67 counties” of Pennsylvania.

Voting rights advocates and activists hailed the guidance as a necessary step toward more just outcomes in general.

“We at the Urban League of Greater Pittsburgh are encouraged by the outcome, which will better protect our members, clients and all Pennsylvania voters’ ability to vote by mail without unjustifiable interference by election officials,” said Esther Bush, president and CEO of the Urban League of Greater Pittsburgh–which previously litigated against the signature matching requirement. “This is a significant step in what the Urban League considers to be the right direction on our journey toward removing all barriers to civil rights and economic parity.”

That lawsuit, previously filed in concert with the League of Women Voters (LWV), has since been dismissed–as of Monday.

“As a result of this case, Pennsylvania voters can cast their vote without fear that their ballot could be rejected solely because an election official — who isn’t trained in handwriting analysis — thinks their signatures don’t match,” said Campaign Legal Center attorney Mark Gaber, who represented the plaintiffs in the since-shelved lawsuit.

“This is a big deal for voting in PA,” voting rights author Ari Berman said. “State can no longer reject mail ballots solely for mismatched signatures.”

Filed in August, the plaintiffs complained that signature match verification for mail-in ballots yields uncertain results due to the high rate of ballot spoliation. Additionally, the complaint said, once a voter has their ballot rejected over an allegedly faulty signature, the government provides no notice or opportunity for voters to learn about or fix the alleged discrepancy. Similar signature matching verification rules have already invalidated tens of thousands of ballots during primary elections in 2020 alone.

“The League of Women Voters is pleased with the outcome of our case. Now Pennsylvania voters can cast their ballots confidently, knowing they won’t be rejected because of a signature match issue,” said Terrie Griffin, co-president of the LWV of Pennsylvania in a statement. “The case for voters is strong, and we are cheered that this move represents true progress in voting rights for Pennsylvanians.”

Many on social media reacted favorably to the decision, but many supporters of President Donald Trump and the Republican Party answered that the commonwealth’s move away from signature matching validation is an open invitation for fraud.