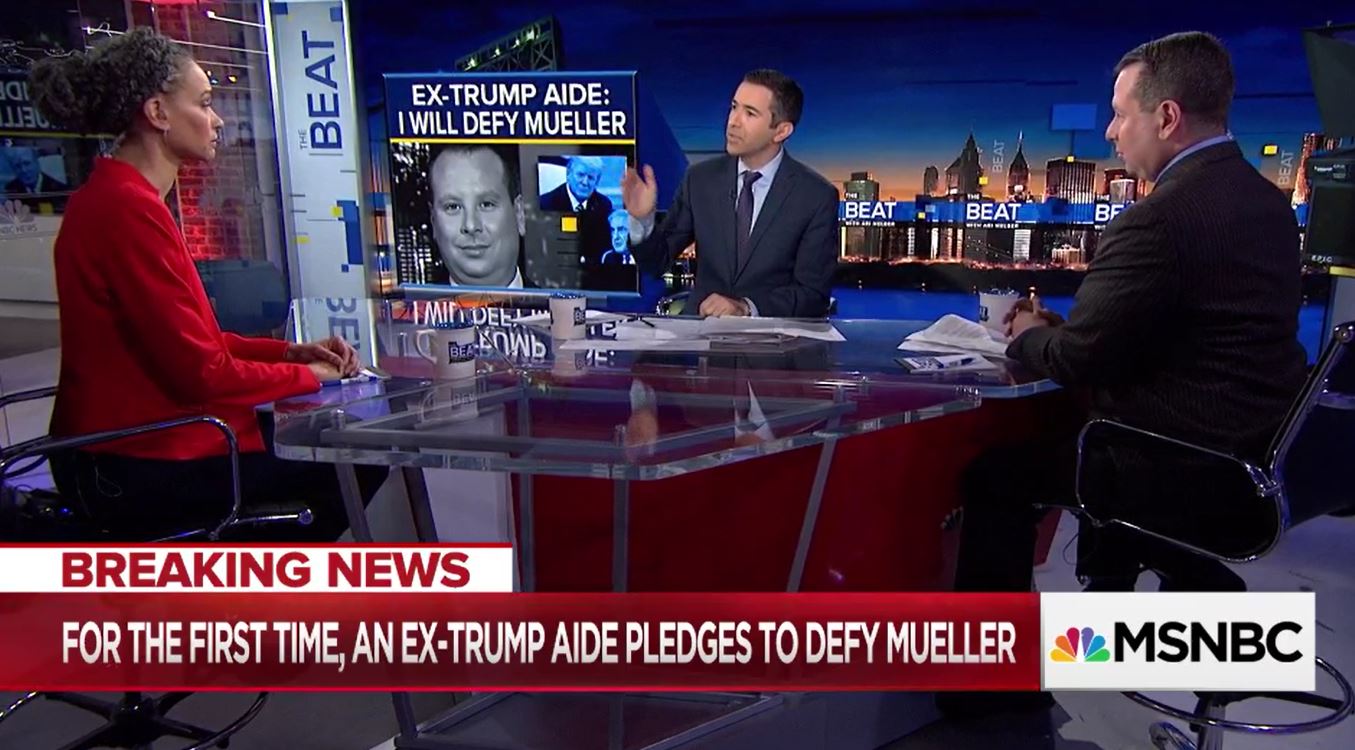 Nunberg says he is complying with Mueller’s subpoena and “he credited his decision to the counsel of Prof. Maya Wiley, whom he spoke with, live on air, during an appearance on Ari Melber’s MSNBC show.”https://t.co/UdZfSLHxZI @mayawiley @TheBeatWithAri

Nunberg, a former Trump advisor, blew up the political landscape after what was possibly an alcohol-infused binge-appearance session across multiple media platforms Monday night. In this appearance on MSNBC, he told host Ari Melber that he would defy Mueller and refuse to appear to answer questions under subpoena. Nunberg also listened to a legal analysis of the consequences from attorney Maya Wiley. It was Wiley’s analysis, delivered from across the table, which — apparently — sobered Nunberg up.

That sobering may, indeed, have been literally needed. In another of Nunberg’s appearances, CNN host Erin Burnett said she thought Nunberg had liquor on his breath.

Melber said Nunberg was “befuddling.” Wiley said in the broadcast she was “flabbergasted” at what she was hearing. She said the subpoena was “reasonable” and that Nunberg would do “more service” by testifying than by refusing, because a refusal carried an appearance of wrongdoing. Nunberg said he was afraid prosecutors would use overbroad statutes to punish someone who didn’t deserve it. Wiley said, in perhaps the most epic quote of the exchange, that she thought Nunberg’s family would want him “home for Thanksgiving” (and not locked up in contempt for refusing to talk).

Nunberg said in multiple appearances he would defy orders to appear before Mueller to answer questions about whether or not the campaign of President Trump colluded with Russian operatives during the 2016 presidential election. He later told reporters he would comply with the subpoena.

Wiley, a professor at the New School, and civil rights activist responded to news that she convinced Nunberg to cooperate:

Maya Wiley, a de Blasio and civil rights lawyer, did not expect her MSNBC hit to turn into free, on-air legal counsel for Sam Nunberg. “I did not think it was going to be a therapy session, but I think it became a therapy session.” https://t.co/DAXhxAjsOG