‘Be Careful What You Wish For’: Gloria Allred Warns Trump What Will Happen if He Sues Accusers 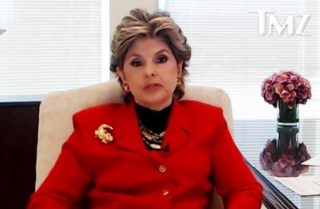 Over the weekend, Donald Trump threatened to sue the women who accused him of sexual assault. “All of these liars will be sued after the election is over,” the Republican Presidential candidate said at a rally. Well, attorney Gloria Allred, who represents three of the women, has a message for Trump: “Be careful what you wish for.”

Allred said in a video statement posted by TMZ that if Trump did go ahead with lawsuits against her clients, she would encourage them to respond by suing him for defamation. Trump has gone on record calling his accusers liars.

“You may find yourself at the other end of a lawsuit,” Allred said, addressing Trump, “in which case, we would look forward to your testimony under oath,” specifying that she would ask about his “sexual interactions.”

Another Trump accuser, Jill Harth, has also vowed to sue Trump should he strike first. Harth told her story to LawNewz.com in an exclusive interview earlier this year. Her attorney, Lisa Bloom, said in a statement that should she file a claim against Presidential candidate, “I would take the deposition of Trump and all of his enablers, and subpoena his business and personal records as well as any recordings that may exist in which he brags about sexual assault.”