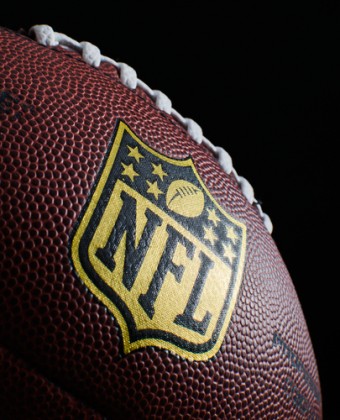 The NFL concussion settlements have finally reached the end of the line. Now it’s time for the league to pay up, and for the injured retired players to collect their settlement funds. Today, the Supreme Court denied review in  Armstrong v. National Football League and Gilchrist v. National Football League – two class-action lawsuits against the NFL that were settled three years ago.

That’s right. I said the cases “were settled,” so it does seem odd that there’d be anything about which to fight up at the Supreme Court. But when it comes to billion-dollar class-actions, lawyers always seem to find ways to keep the fight going. Here’s how it went down. Starting in 2011, former football players who had suffered head injuries sued the league, alleging that the NFL had been aware of the evidence and the risks associated with repetitive traumatic brain injuries, but deliberately ignored and actively concealed that information from the players. As the years went by, more and more former players joined these lawsuits, until the number of plaintiffs exceeded 5,000. In 2013, the lawsuits began to be resolved via court-sanctioned (or more like court-demanded) settlements. The NFL agreed to a number of separate settlements to the tune of a billion dollars. That money would be distributed to over 20,000 former players in need of medical assistance as well as to brain-injury research and concussion-related safety and education programs.

It might be reasonable to assume that the enormous settlement became a triumphant end to the sad story of thousands of athletes having suffered severe neurological damage while the NFL pretended to be shocked by their injuries. But it just didn’t work that way. The players still suffered from brain damage, Alzheimer’s disease, ALS, and a variety of concussion-induced health problems. The NFL continued to stuff billions into its own pockets while largely ignoring its injured retirees. The settlement remained nothing more than a written agreement for three years; no money changed hands, and no retired players with neurological injuries were compensated by their former employer.

The NFL simply continued to fight. It appealed to the Third Circuit and then to the Supreme Court, arguing that the settlement shouldn’t have been approved, because it didn’t procedurally conform to rules governing class-action lawsuits. The class-action plaintiffs were understandably outraged by the League’s attempt to distance itself from the settlement to which it had agreed. In their brief opposing the SCOTUS review, the plaintiffs wrote:

“As both courts below concluded after exhaustive review, the parties’ settlement is the product of hard-fought and arm’s-length negotiations. It is supported by extensive factual findings, and the District Court was exceptionally vigilant in ensuring that the settlement was fair, reasonable, and more than adequate. In fact, far from rubber-stamping the settlement, the court repeatedly sent the parties back to the negotiating table to hammer out an agreement that provided greater benefits to the class. The parties’ negotiations were also closely supervised by a retired United States district judge and a Special Master. And the end result is a historic settlement that provides real, substantial, and immediate financial benefits to retired NFL players suffering from serious neurocognitive conditions—regardless of whether those conditions can be traced to NFL play.”

The Supreme Court threw out the NFL’s appeals at its first opportunity. While some petitions for certiorari survive to a “second conference,” this one did not. SCOTUS denied certiorari, which means that the historic settlement must now be carried out.

“This decision means that, finally, retired NFL players will receive much-needed care and support for the serious neurocognitive injuries they are facing “These courageous men and their families, who in the face of great adversity took on the NFL, have made history. Despite the difficult health situations retired players face today, and that many more will unfortunately face in the future, they can take comfort in the fact that this settlement’s significant and immediate benefits will finally become available to them and last for decades to come.”