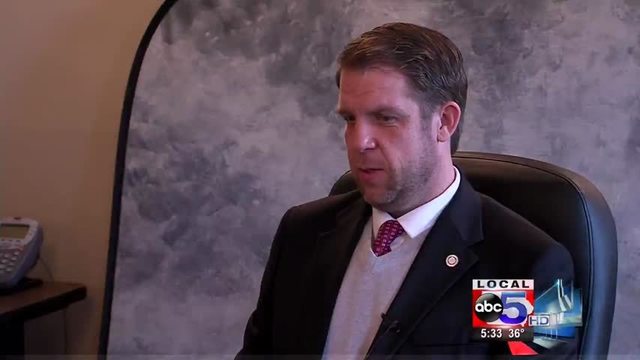 The Iowa Supreme Court has just gone on record as saying that former Van Buren County Attorney Abraham Watkins should not have been removed from office just because he #MeToo-ed his legal assistant.

Watkins had been a lawyer in private practice, working along side his wife and office manager, Renee, and, Jasmin Wallingford, his twenty-year old legal assistant.  The Watkins family lived upstairs from the law practice – a proximity that seems to have seriously blurred the lines between private and workplace behavior. Watkins was then elected to a part-time position as Van Buren County Attorney; shortly thereafter, some stuff went down.

According to court documents, Watkins developed serious drinking problems, which led to constant workplace drama between him and his wife. When his assistant’s patience ran out, she quit, and wrote a resignation letter detailing some of Watkins’ behavior. And there was a lot of it.

“Mr. Watkins’s inappropriate conduct was pervasive and existed over a significant period of time thereby negating any claim of mistake or an isolated lapse of judgment. His actions were clearly intentional. As a lawyer he knew better but continued to subject his two young female employees to sexually related banter, and in some instances images, that have no place in the work setting. This is especially true for a county attorney’s office. Given the extent and stunning nature of his conduct one can, and in the Court’s opinion must, infer that he was acting with a bad or evil purpose.”

When Watkins appealed the case, though, the Iowa Supreme Court completely disagreed. The Court said several times that it was, “not excusing Watkins’s egregious conduct,” but then went on to do just that.

According to the 4-3 decision:

“the record does not establish that Watkins was guilty of grave misconduct, demonstrated flagrant incompetence, or was otherwise unfit to perform his duties as county attorney.”

The majority’s language, attempting to disclaim responsibility for letting Watkins off the hook, was almost amusing:

“To be clear, sexual harassment in any form is never acceptable or appropriate behavior. It is important that our court system, like all institutions, protect and support victims of sexual harassment.”

I’d love to know how, exactly, this court thinks it’s either being “clear” or “protecting and supporting victims of sexual harassment.” Because it looks a hell of a lot like this court just sided with a government official who came to work in his underwear while showing nudie pictures to his twenty year-old secretary.

Thankfully, Chief Justice Mark Cady of the Iowa Supreme Court and his fellow dissenters had some better perspective on the matter, writing:

“I respectfully dissent. Sexual harassment will not end until it is seen as serious enough to end…

Watkins’s conduct was more than “inappropriate” and “disrespectful”—it was discriminatory. He deliberately subjected Wallingford to a barrage of indignities directed solely at women. An officer who intentionally discriminates on the basis of sex commits grave misconduct in office and is removable under section 661.”

Glad we cleared that up.