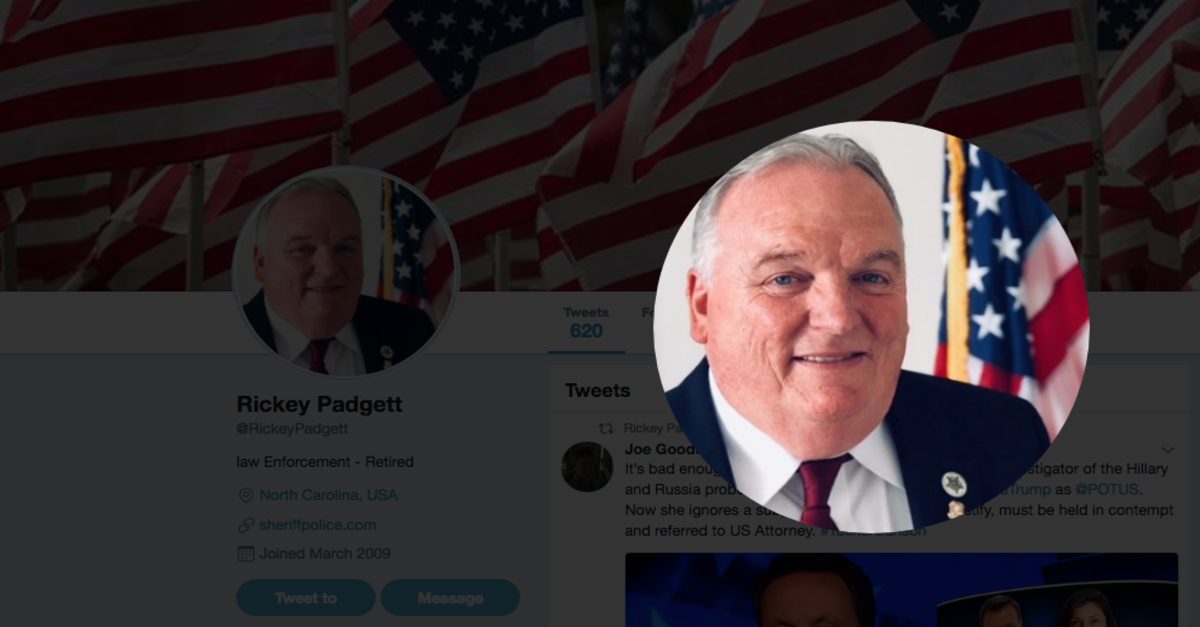 North Carolina state Senate candidate Rickey Padgett joins the growing list of Republicans running for office in 2018 who have been accused of (or explicitly endorsed) anti-Semitism.

Padgett claims to be running on “common sense leadership” and is a stalwart supporter of President Donald Trump. In 2017, Padgett posted an image of Senator Elizabeth Warren (D-MA) transformed into a monstrous bug with the caption, “Come on Pelosi and you Democrat cock roaches, Trump is on the way!”

In another instance, Padgett compared Representative Maxine Waters to “Aunt Esther,” a character from the 1970s sitcom Sanford and Son. Padgett explained that he thinks this comparison is fair because the character of Esther was “mean, hateful and angry when it came to yelling at Fred, and he handed it right back. Maxine is the same way when it comes to dealing with President Donald Trump and he also hands it right back to Maxine.”

When asked about controversial tweets, Padgett said, “I am not your politically correct candidate.”

In response, the North Carolina Democratic Party accused Padgett of anti-Semitism and chided the GOP for supporting him.

First white supremacy, now anti-Semitism. North Carolina Republican candidates for office continue to openly share prejudice and hate that have no place in our society. Republicans across the state, including Senate Leader Phil Berger and NC GOP Chairman Robin Hayes, must immediately denounce this anti-Semitic candidate and his hateful views. Anything less sends a clear message that these views have a home in the Republican party.