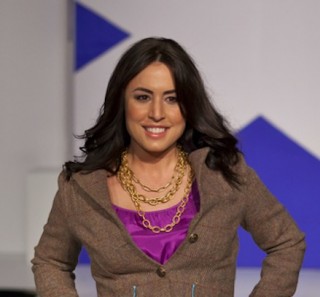 We have reported that Fox News attorneys fired back today in a response to Andrea Tantaros‘ lawsuit.  They didn’t mince words. Attorney David Garland, who represents Fox and other current executives, said, in a legal briefing, that Tantaros is a “wannabe” who is not a victim but instead an “opportunist.”

Harsh. But, once you get through the lively pontificating by the network’s attorneys, there is some substance that, if true, pokes a major hole in Andrea Tantaros’ lawsuit. By way of background, Tantaros filed a lawsuit claiming she was sexually harassed by Roger Ailes and said that the network was run like a “a sex-fueled, playboy mansion-like cult.” She claims they benched her because she complained.

But, the problem is, according to Fox News, she apparently NEVER complained that Roger Ailes sexually harassed her until she filed the lawsuit last week. This isn’t something that Fox News would fabricate, there appears to be a pretty clear paper trail about all of this.

So you might say, well,  that’s not entirely unusual because many sexual harassment victims don’t speak up. But, here’s the weird thing. In March, Tantaros apparently DID complain about four other co-workers in a letter from her attorney. The letter was in response to a dispute over Tantaros’ recent book being published (allegedly) without Fox’s authorization. In the March letter, she apparently named four men specifically who harassed her. Ailes was not on that list.

What’s more, this spring, Fox News conducted an internal investigation regarding her initial complaint, she refused to speak with them at first, but then reportedly agreed. From the Fox News legal brief:

Tantaros did not state before or during the interview that Ailes had sexually harassed her. Because Tantaros had great difficulty describing the alleged sexual harassment by the other four men, she was twice asked: “Can you recall any specific statements of a sexualized nature that anyone said to you?” Both times she replied that she did not recall.

So my question is: if she was already on the outs with Fox News over her book deal, she had already complained about sexual harassment by four other colleagues — why wouldn’t she mention Roger Ailes at that point? Sure, she might now say she felt intimidated by him and didn’t want to complain. And, maybe, she was.  But, given the circumstances, it seems really, really strange.

During their internal investigation, Fox News said that 13 people were interviewed after Tantaros first came forward with allegations of sexual harassment against four other colleagues (not Ailes). They say no one would back up her story.

“None of the persons interviewed supported any of Tantaros’s claims. The four men accused of sexual harassment vehemently denied,” attorneys for Fox News wrote in the brief.

In her lawsuit, Tantaros said that she was never contacted by Paul Weiss investigators who were hired by 21st Century Fox following the Gretchen Carlson lawsuit. However, Fox News says that the private investigators did try to contact Tantaros’ attorney, Joseph C. Cane, but he never called them back. CNN’s Brian Stelter has already exposed some inaccuracies with the original Tantaros complaint. And, if all this is true, it certainly raises more questions about her motivations.

Let’s be clear. I have no idea if Tantaros was sexually harassed by Roger Ailes. Her allegations of being made to “spin” around, and wear short skirts seem to be in line with the other women who have complained. So maybe it happened. But, as more facts come to light about her specific claims, I must say the allegations don’t seem as strong as I first thought.