Kanye Just Tweeted That We Should Undo the 13th Amendment 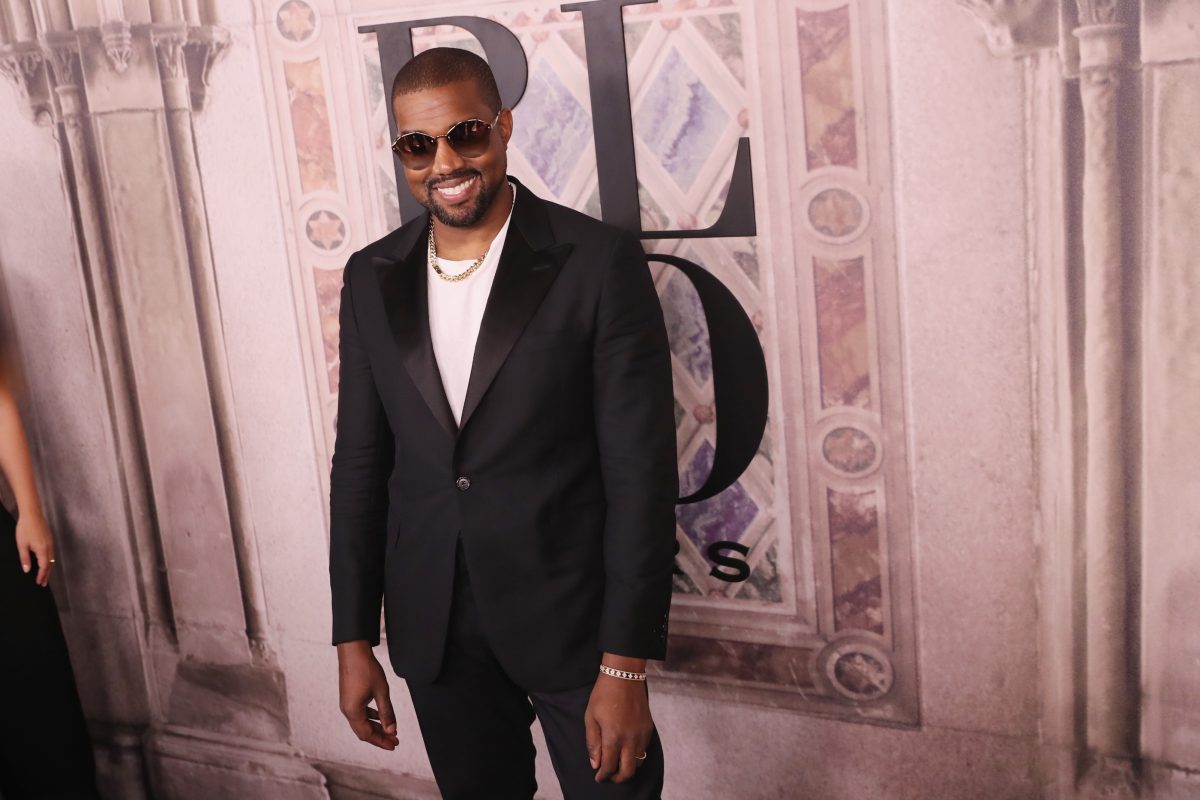 Kanye West should really just not talk about slavery. The last time he brought it up, he said that “slavery was a choice.” It didn’t go well, even when he tried to clarify that he was talking about “free thought” and when he whined about, “being attacked for presenting new ideas.“

On Sunday, he floated another one of those new ideas: the abolition of abolition. That’s right. The jackass formerly known as Kanye (and now, absurdly, as “ye,”), just suggested that we abolish the 13th Amendment:

this represents good and America becoming whole again.  We will no longer outsource to other countries. We build factories here in America and create jobs.  We will provide jobs for all who are free from prisons as we abolish the 13th amendment. Message sent with love pic.twitter.com/a15WqI8zgu

You may be wondering what the 13th Amendment has to do with outsourcing manufacturing. Allow me to clear that up: absolutely nothing. Here’s some actual history.

The 13th Amendment was ratified in 1865, right after the Civil War, and after much political maneuvering (see Spielberg’s Lincoln for an entertaining depiction thereof). It said:

Section 1. Neither slavery nor involuntary servitude, except as a punishment for crime whereof the party shall have been duly convicted, shall exist within the United States, or any place subject to their jurisdiction.

Section 2. Congress shall have power to enforce this article by appropriate legislation.

In other words, it abolished the practice of slavery as had been common in the American South, continued to allow for involuntary servitude as criminal punishment (which was customary at that time), and allowed for Congress to pass any follow-up laws necessary on the subject. Which it did.

Shortly after the passage of number 13, the 14th and 15th Amendments were also ratified; taken together, the three are usually referred to as the “Reconstruction Amendments.” 14 and 15 focused not on the practice of slavery itself, but rather, on the concept of equality more broadly. The 15th Amendment gave newly-freed [male] slaves the right to vote, and is rarely the basis for any modern legal drama. The 14th Amendment is the one we hear about most frequently, as it granted citizenship to freed slaves, and thereby serves as the primary basis for Constitutional guarantees of due process and equal protection.

It is the 14th Amendment that creates the legal basis for anti-discrimination laws and lawsuits. If you’re someone who believes that guaranteeing folks protection from discrimination based on skin color, religion, gender, or sexual orientation constitutes over-intrusive government interference (a/k/a “we should let the free market handle it all,”) then the 14th Amendment is probably the one you want to nix. Keep in mind, though, that that whole Blue vs. Gray thing happened because left to their own devices, states like Tennessee and Georgia were totally cool with selling human beings like livestock.

Over 150 years of Constitutional history and precedent following these Amendments has resulted in a complex and delicate system that balances the rights of individuals to be treated equally under the law and the rights of states to govern independently. But I’m guessing Kanye wouldn’t know a rational basis test if it were embroidered on the back of his MAGA hat. Kanye likely has no idea how this trio of vital laws works, and is simply interested in going back to the zenith of America’s greatness, which apparently was pre-Lincoln.

Ridiculous as Kanye’s tweet was, it appears that he  is already softening on his suggestion that we  re-authorize slavery. He tweeted again, a bit later, a cryptic and grammatically-bizarre suggestion that we should simply amend the Amendment.

not abolish but. let’s amend the 13th amendment

We apply everyone’s opinions to our platform

Possibly, Kanye’s suggested edit relates to the text of the 13th Amendment itself, which refers to the use of slave labor by incarcerated prisoners, or perhaps to the relationship between slavery and mass incarceration of black Americans– but who can really know what’s happening in the mind of ‘Ye?

We have this simultweet to add a little context:

But frankly, it’s Sunday night and I can’t handle the mental contortionism required to understand how a law ending slavery is actually slavery in disguise. Kanye, I know this week has been rough. We’ve seen a potential Supreme Court justice talk about “boofing” and beer-guzzling, and things are getting dicey out there. But still, you should probably just leave the Constitutional law to the grownups.