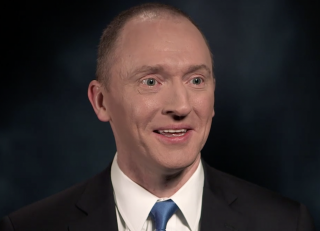 The FBI case into former Donald Trump campaign advisor Carter Page just took another legal twist. CNN is reporting that the FBI used that infamous Trump dossier as part of “the justification” to convince a FISA court to issue a warrant allowing them to secretly monitor Page. The investigation is reportedly probing possible ties between the one-time Trump advisor and Russia.

But, what is particularly interesting from a legal stand point is Page’s reaction to this latest development. Apparently, he’s now planning on taking the Obama officials to court. He said in a statement:

“I look forward to the Privacy Act of 1974 lawsuit that I plan to file in response to the civil rights violations by Obama administration appointees last year…The discovery process will be of great value to the United States, as our nation hears testimony from them under oath, and we receive disclosure of the documents which show what exactly was done in 2016.”

So what the heck is he referring to? The Privacy Act of 1974 was supposed to provide guidelines to the regulations, collection, maintenance and dissemination of personal information. It is meant to prevent the government from releasing a person’s personal information without prior authorization. However, even the DOJ refers to the law as  “somewhat outdated” which has “rendered it a difficult statute to decipher and apply.”

“It’s possible [Page] is talking about unauthorized disclosures of information contained in a Privacy Act system of record. That would only apply to the current leaks of information to the press about the details of what was detailed in DOJ’s affidavit to the FISC (secret FISA court),” Bradley Moss, a national security law expert told LawNewz.com. Moss added that that law is largely a “paper tiger statute” that was gutted by the U.S. Supreme Court in 2012.

However, people have sued under the law before. For example, according to the Reporters Committee for Freedom of the Press, Linda Tripp (of Monica Lewinsky fame) received a half million dollar settlement after alleging the Department of Defense released “embarrassing personal information” in retaliation for her role in the impeachment of Bill Clinton.

Again, based on the statement from Page, it is not clear what “civil rights” violation he’s specifically referring to. During an interview with ABC last week, Page accused federal officials of relying on false information to get the FISA warrant.

“You know I don’t talk about ongoing investigations. I will say that in terms of probable cause there has been a ton of false evidence that’s been out there primarily in the public realm. We shall see,” Page said.