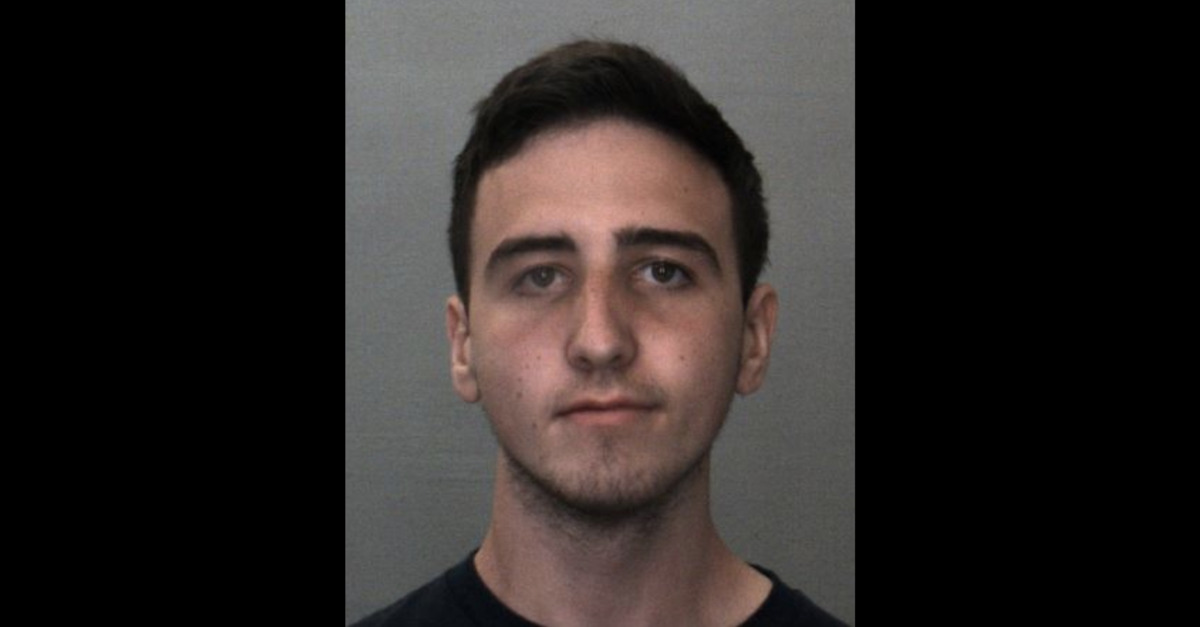 A 44-year-old mother was brutally stabbed to death alongside her 8-year-old daughter over a month ago in Rancho Cucamonga, California. On Tuesday, a suspect was finally arrested.

According to local CW affiliate KTLA, Jacob Alan Wright, 19, was arrested on Tuesday following a 5-week-long investigation into the early March slayings that left a third person seriously injured.

“My husband woke up to a deep scream,” a neighbor told the outlet on the Sunday the bodies were found. “It was the kind of scream that someone was being tortured or in a lot of pain.”

Jia Jia and her daughter, Ruby Meng, had apparently cried out in terror as they were killed in the middle of the night. A 911 call about an “unknown problem” was made at around 3 a.m. PST, according to the San Bernardino County Sheriff’s Department.

“Deputies arrived and found several people inside suffering from stab wounds/lacerations,” police said in a press release. “Medical aid responded and pronounced Jia Jia and her daughter, Ruby Meng, deceased at the scene. The 38-year-old female was transported to a hospital for treatment and is expected to recover from her injuries. Detectives from the Homicide Detail responded to the residence to conduct the investigation. Detectives learned the suspect entered the home by unknown means, then attacked and stabbed Jia, Ruby, and a female friend in a bedroom and fled through a rear sliding door. Two other family members sleeping inside the residence were not injured. Those family members are not considered suspects.”

According to the department, an “extensive” search using K9 units ensued but the suspect was not located during the initial investigation of the crime scene and the immediate area.

Asian news site HopClear reports that: “[t]he victims were Chinese immigrants who spoke little English. They moved into the area a few years ago.”

Police made headway on the case in late March when “neighborhood security camera footage” turned up that showed a male suspect who “may have sustained an injury” on “security video moments after the murders, and in close proximity to the victim’s home.”

After receiving help from the FBI, the sheriff’s department sketched out a suspect and then made an arrest incident to a traffic stop.

“On Tuesday, April 13, 2021, detectives conducted a traffic stop on Wright’s vehicle and arrested him,” a press release noted. “Detectives served a search warrant at Wright’s home, gathered evidence, and conducted a lengthy interview with Wright. Following the interview, Wright was booked for murder and attempted murder and is being held without bail at West Valley Detention Center.”

According to police, there is “no relationship” between Wright and the mother and child he allegedly killed or the other victim.

“Based on evidence obtained, detectives believe Wright acted alone and there are no outstanding suspects,” the department noted.

Beloved in their community, a memorial was held outside the Carleton P. Lightfoot Elementary School, where Ruby attended classes.

“The Etiwanda School District and the Lightfoot Elementary community are heartbroken at the tragic loss of our student, Ruby Meng and her mother. The school has notified parents that counselors will be available tomorrow and throughout the week for any students or families in need of support during this very sad time,” the school district said in a statement obtained by NextShark.

“You’d almost want to feel like it’s an inside job,” the victims’ neighbor told local CBS affiliate KCAL. “Or him knowing someone. So, it’s pretty scary to know that some random house was picked. It could have been any of our houses.”