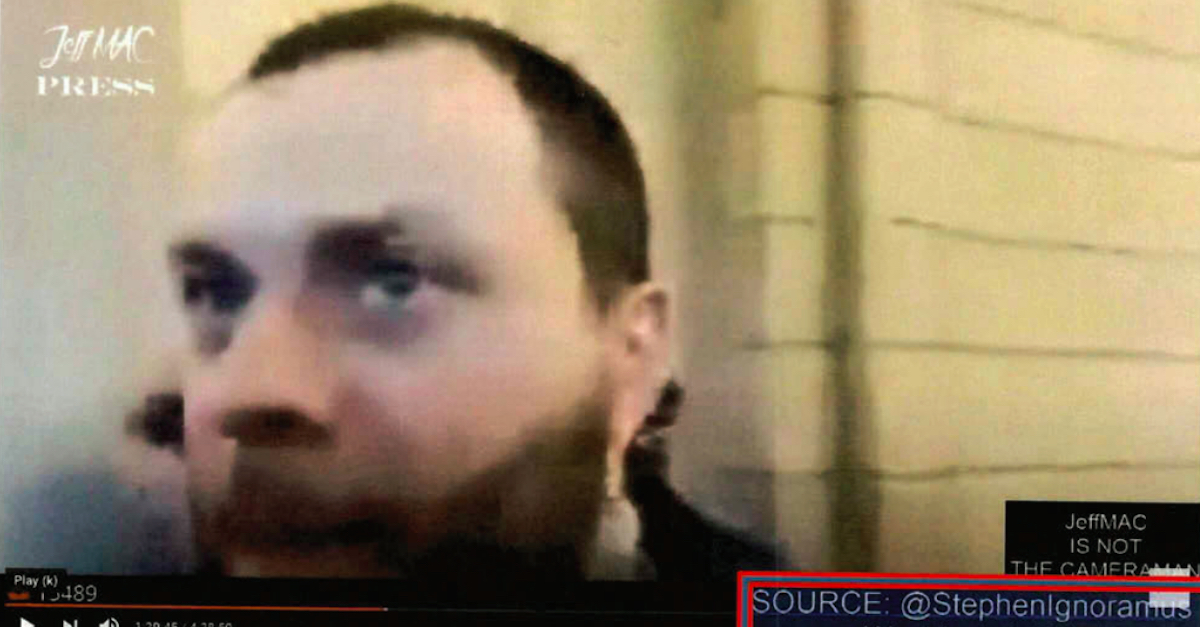 The end may be near for the freedom of an accused U.S. Capitol insurrectionist known as “Stephen Ignoramus.” Arrested by the FBI on Monday, a man legally named Stephen Maury Baker allegedly broke into the seat of U.S. legislative spouting fire and brimstone.

“I’m Stephen. I’m a live-streamer and a musician. We’re having fun, huh? Repent, and believe in Jesus,” Ignoramus could be seen declaring on his live-stream upon entering the Capitol rotunda.

Approximately 10 minutes later, the suspect said Capitol Police were attempting to herd rioters out of the building.

“Gotta stay away from the cops, man,” Baker allegedly added. “Cops are trying to get us out of here.”

Taken into custody, the defendant has been charged with violent entry and disorderly conduct on Capitol grounds and knowingly entering or remaining in a restricted building without lawful authority.

According to his criminal complaint filed in a federal court in Washington, D.C., the defendant’s pious declaration came from one of several videos the bureau learned about from the public tip line. The footage was posted to various social media platforms by a user under the name Stephen Ignoramus, in clips later picked up by several mainstream media outlets.

A Jan. 7 Reuters article titled “Trump supporters storm the U.S. Capitol in a bid to overturn election defeat” even credited the embedded video to Stephen Ignoramus. His videos also ran on CNN in the days following the insurrection.

Good to see Stephen Ignoramus getting credit for his YouTube video on CNN pic.twitter.com/pxVAaoizWN

After reviewing the videos, the FBI discovered that the person filming and narrating the videos identified himself to several people off-camera as “Stephen Ignoramus,” saying he was streaming clips to both YouTube and Instagram. At least twice in the uploaded clips, the suspect appears on camera to address viewers.

He appeared to revel in ignominy. After exiting the building, Baker allegedly posted a video in which he tells an off-camera person that he was on “ABC and Reuters and shit.”

“I was inside for like an hour, dude. I was one of like the last 10 people in there. I’m on Instagram and YouTube. I’m Stephen Ignoramus. I don’t matter though; this shit is history,” he was quoted.

With the assistance of at least four anonymous tippers, the FBI said they could match the person who filmed and posted videos under the Stephen Ignoramus name to North Carolina native Stephen Maury Baker.

As of Monday, the only videos remaining on Stephen Ignoramus’s YouTube channel were four videos of him proselytizing and playing Christian music on an acoustic guitar.