QAnon True Believer Trusted the ‘Plan,’ But He and Woman Pictured with Him Inside Capitol Were Rewarded with Federal Charges 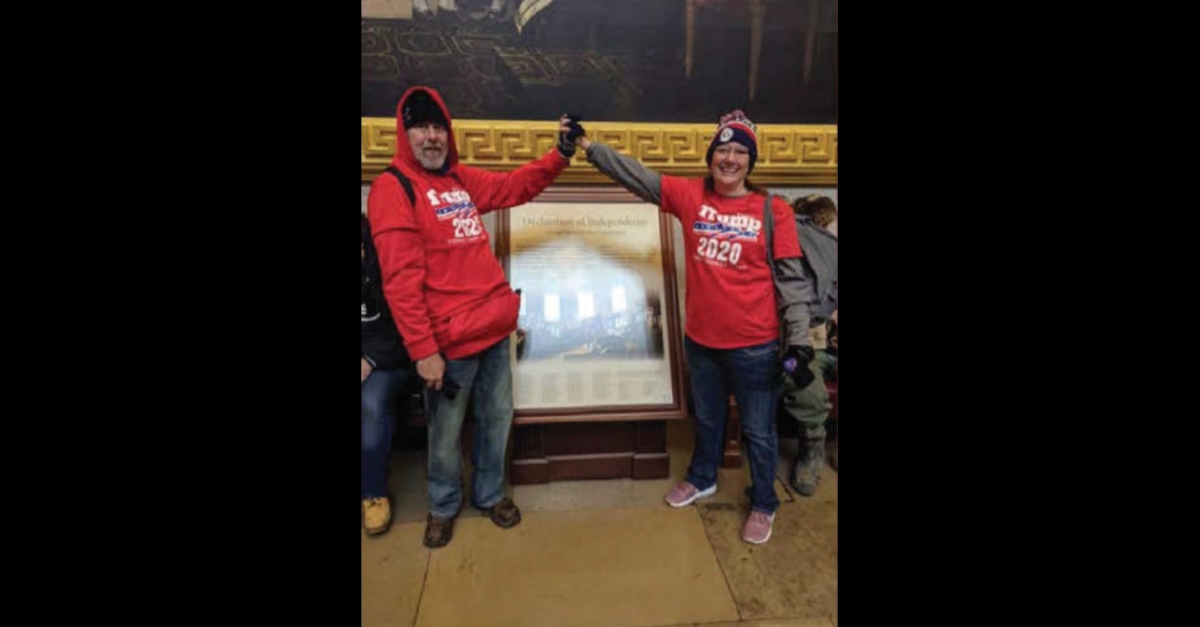 Another day, another prosecution in the D.C. insurrection. This time it is a pair of Illinois residents. Jason Gerding, 50, and Christina Gerding, 46, were arrested Thursday, according to the Department of Justice.

The Associated Press described the pair as a couple.

The Federal Bureau of Investigation cited social media activity, as it has in many cases in the Jan. 6 raid on the Capitol Building. The figurative smoking gun was an image posted to a Twitter account in the name of @gerding_jason. The photo shows two people–identified as the defendants–posing in front of the John Trumbull painting, the “Declaration of Independence.”

Supporters of then-President Donald Trump raided the Capitol Building, postponing but not preventing Congress from certifying election results for current POTUS Joe Biden. Trump had continued to lie that he actually won the 2020 presidential election, telling his supporters that it was being stolen from him and them. Violence followed an incendiary Trump speech in the Ellipse park, during which Trump said they would all go to the Capitol (he didn’t join them). Five people died amid the chaos: four Trump supporters and a Capitol police officer. A Capitol police officer, a D.C. Metro officer, and an insurrection defendant died by suicide mere days after the events of Jan. 6.

The charges against the Gerdings were pretty straightforward: They were in the Capitol when they were not supposed to be. This was a planned trip to D.C., even if @gerding_jason was unclear about the specifics of what would happen on Jan. 6.

In a tweet dated December 21, 2020, he asked other QAnon supporters for help, saying he booked a flight to Washington D.C. for Jan. 6. He asked for the best place to stay close to the rally.

“So much disinformation coming out,” he wrote on Dec. 26. “I don’t know what is real what is fake. I trust the plan…I’ll be in DC Jan 6th, but my head is starting to hurt.”

QAnon is a baseless, apocalyptic conspiracy theory in which–long story short–Trump was fighting a secret war against the left-leaning Satanist pedophiles who run the world. Online chatter up to Biden’s inauguration showed apparent true believers holding out hope for wide-ranging arrests.

In any case, authorities cited a tweet pointing out the Gerdings as “two people from Quincy” who participated in the insurrection, in reference to the “Declaration of Independence’ picture that had been posted on Facebook.

“Quincy [an Illinois city] made it inside,” wrote a Facebook user under the name of Christina Gerding. Another user voiced hope they could be locked up.

As told in the allegations, Christina Gerding picked up on a defense presented by several other insurrectionists, who said police allowed them into the building. She said “they let us inside.” Prosecutors, however, have not accepted that as an excuse in these matters.

A Facebook account in Jason Gerding’s name also featured a picture from inside the Capitol in which a bust of President George Washington had a Trump hat on it. This was in the House Wing, authorities said. 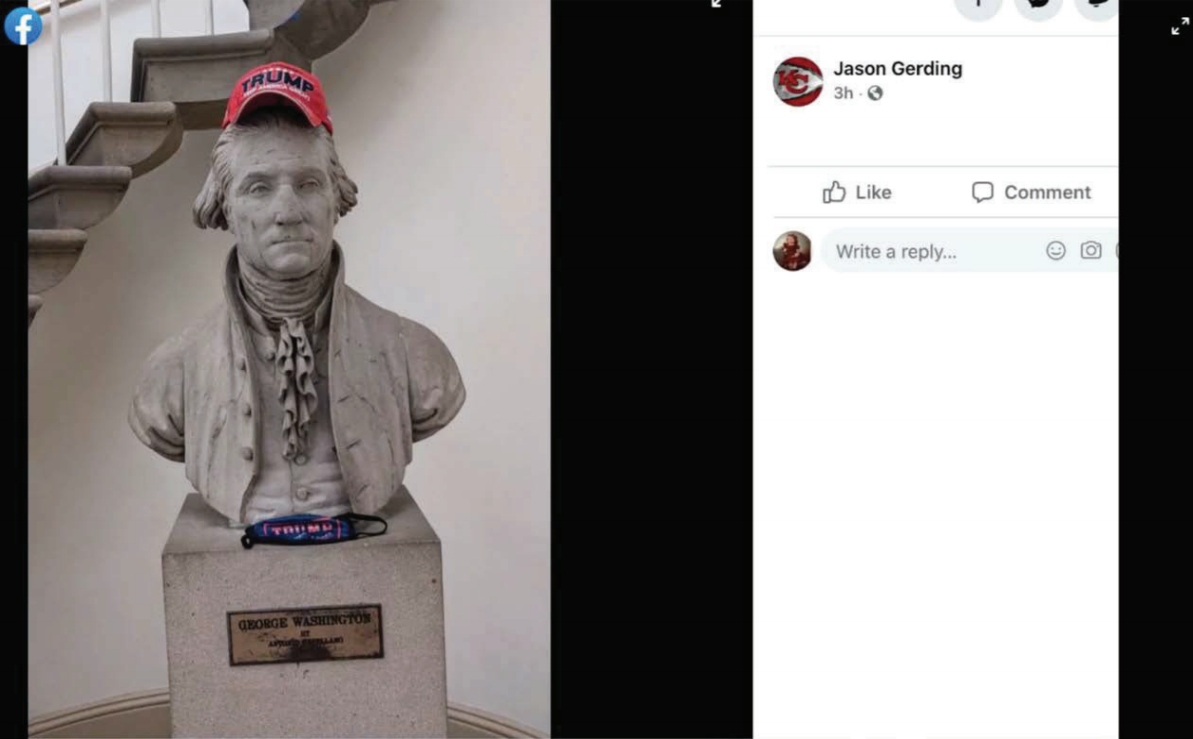 The Gerdings were charged with knowingly entering or remaining in any restricted building or grounds without lawful authority; knowingly engaging in disorderly or disruptive conduct in any restricted building or grounds; and violent entry and disorderly conduct on capitol grounds. They were released on conditions, and were scheduled for a hearing via video to begin at 1 p.m. EST on February 2 in the D.C. federal court, says the DOJ. It is unclear if they have attorneys in this matter.