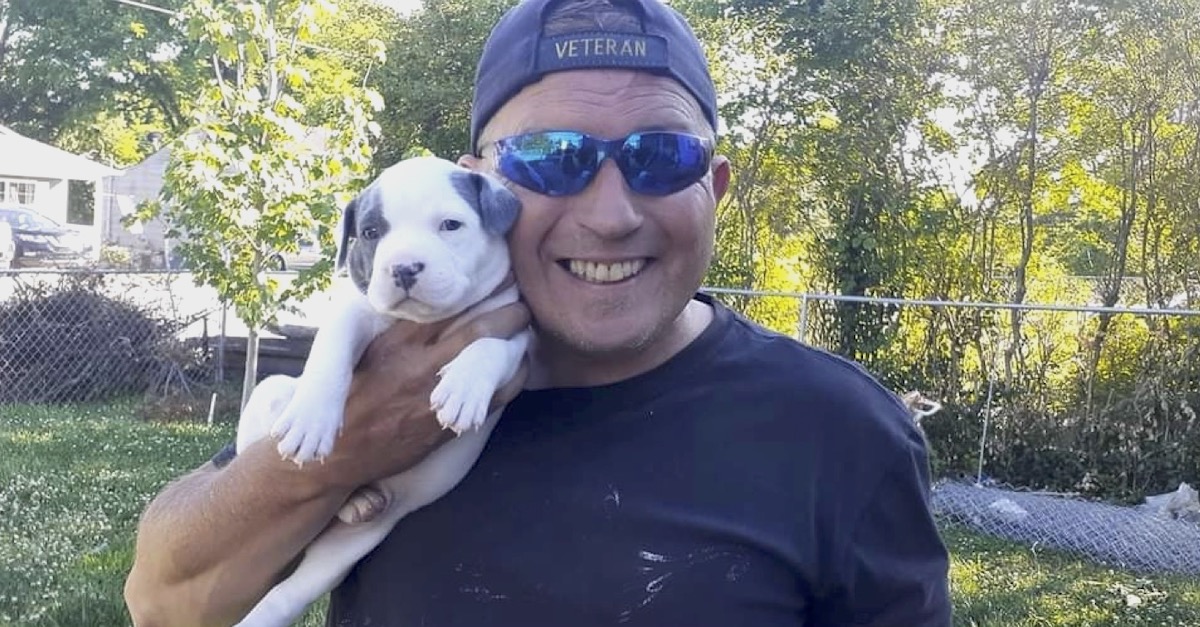 James Wayne Brooks appears in an image provided to the FBI by a relative.

Federal authorities on Thursday unsealed a criminal case against a defendant accused of playing a role in the Jan. 6, 2021 siege on the U.S. Capitol Complex — exactly one year to the day after the fateful event.

According to an FBI statement of facts filed in U.S. District Court for the District of Columbia, agents tracked Brooks by comparing images from the Jan. 6 siege to the defendant’s driver license photo.  From there, agents used the defendant’s Facebook account to obtain associated credit card and bank account information. Brooks’ credit card was used to make purchased at a hotel in Bethesda, Md., less than 11 miles from the Capitol building. 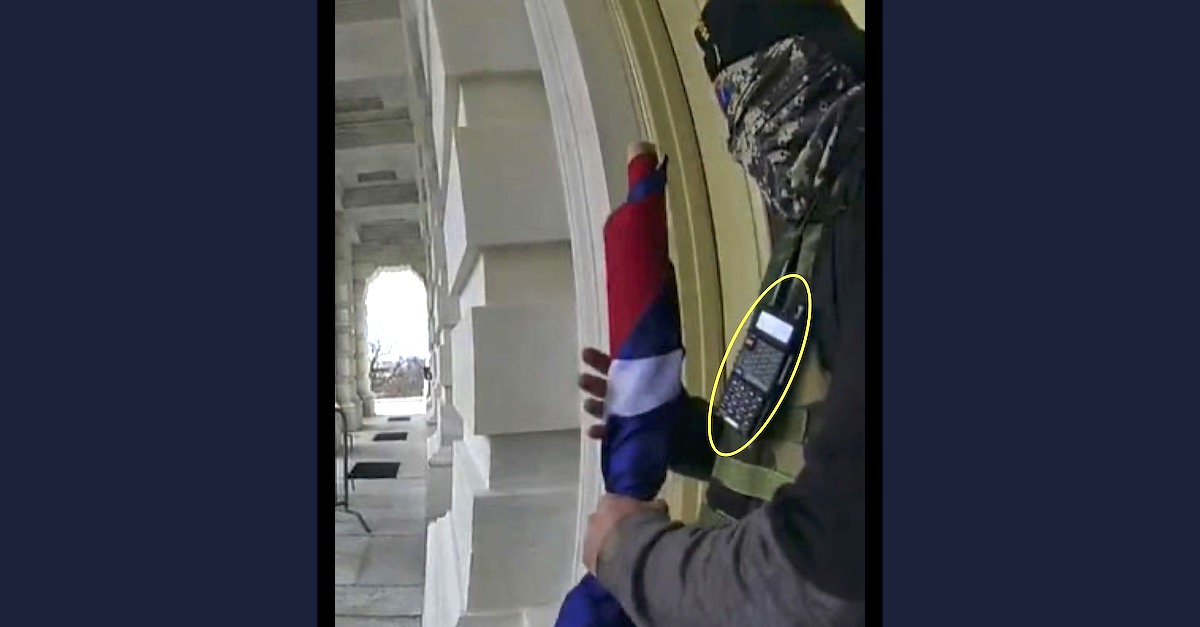 James Wayne Brooks is accused of carrying a communications radio strapped to the front of his military-style vest on Jan. 6, 2021.

Agents also obtained Brooks’ phone number by reviewing a Dec. 2019 police report where the defendant reported his license plates stolen. The number, from Verizon Wireless, was tracked back to the vicinity of the Capitol “between the times of 2:29 p.m and 5:07 p.m.” on Jan. 6, 2021. 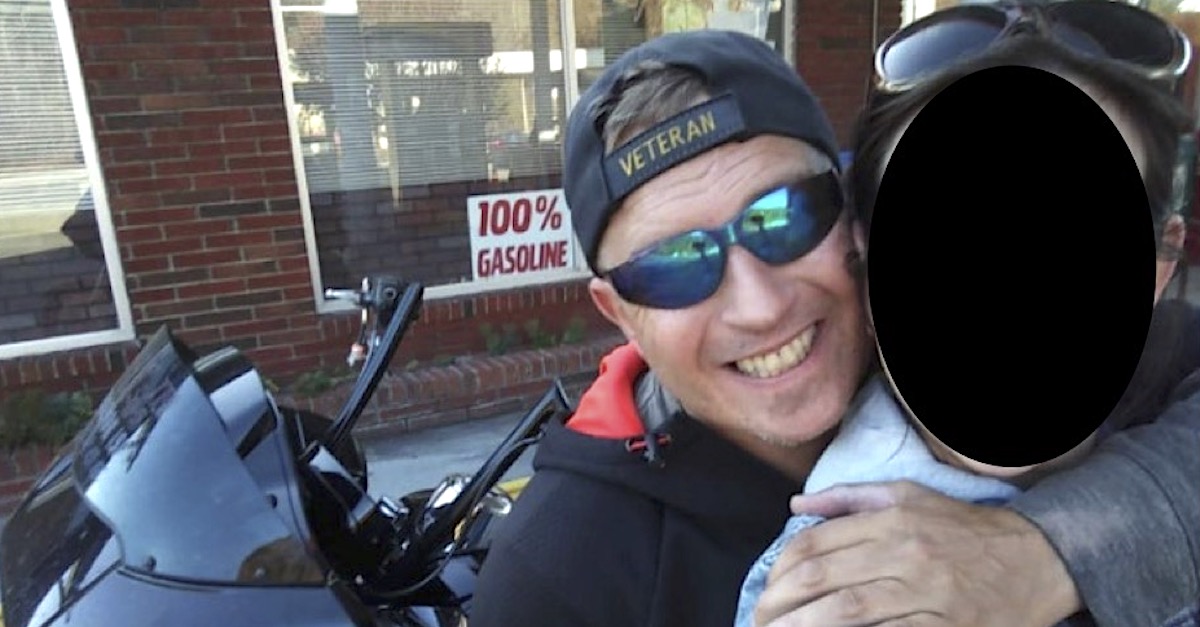 Pictures on the defendant’s Facebook page also showed Brooks wearing a black hoodie that contained a red lining. Images which allegedly show Brooks in and around the Capitol on Jan. 6 also show the same or a similar garment, the FBI paperwork says. 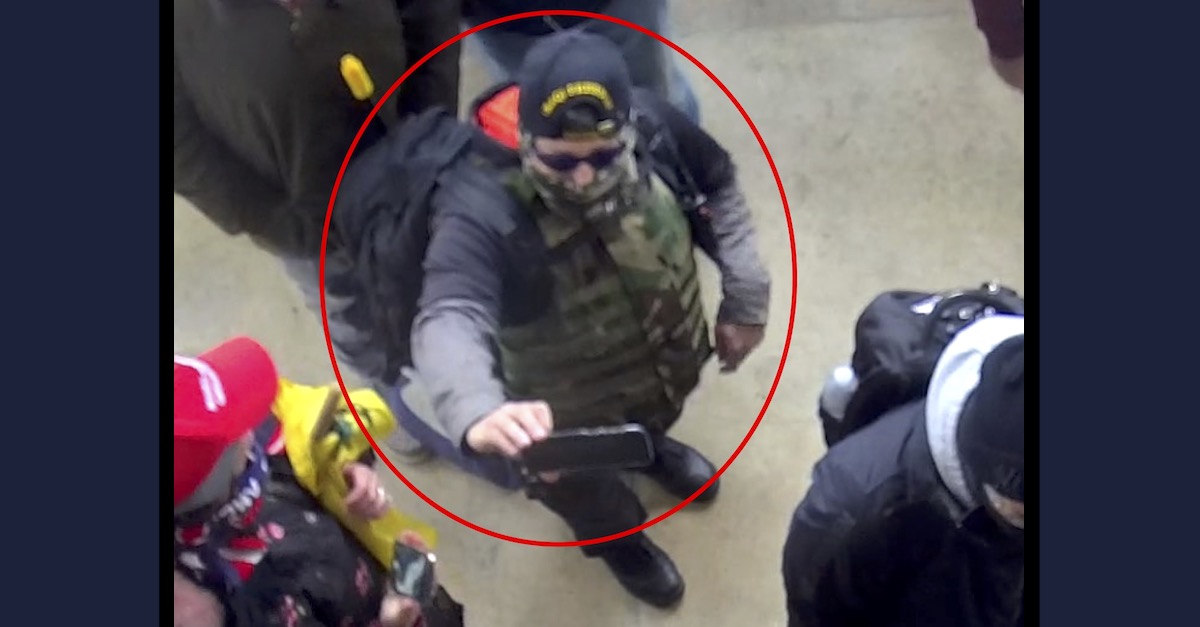 James Wayne Brooks is alleged to have worn a black hoodie with a red lining at the capitol on Jan. 6, 2021.

On Jan. 6, Brooks allegedly wore a hat which indicated he was an “Iraqi Freedom Veteran” and flew a South Carolina flag which contained an attached U.S. Marine Corps insignia. 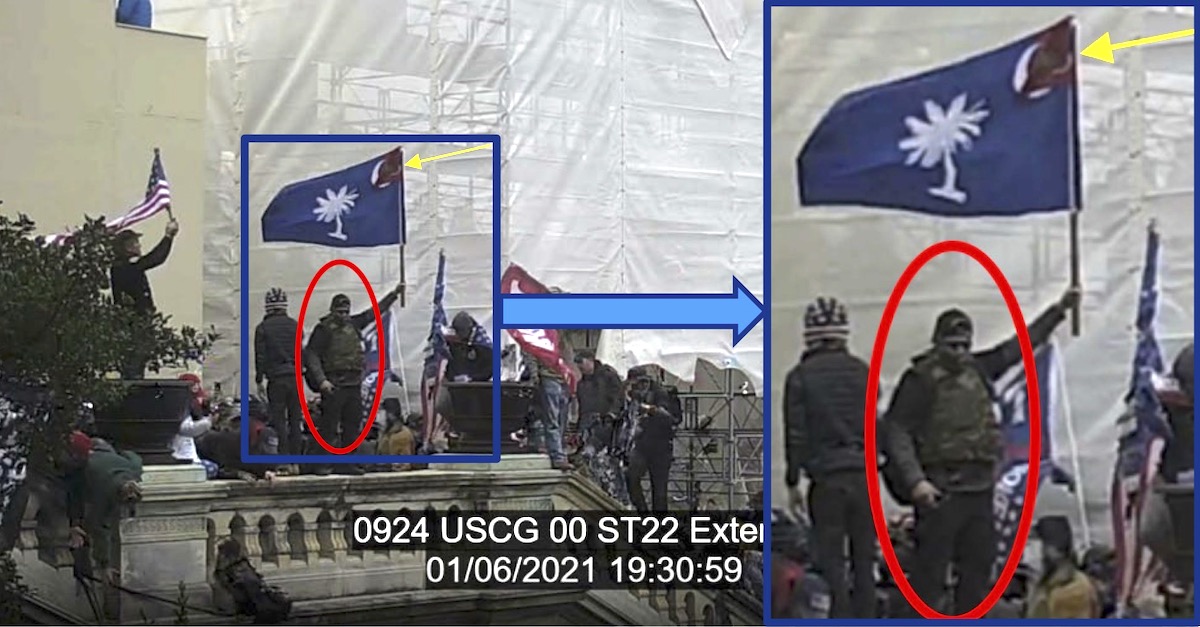 James Wayne Brooks is accused of flying a South Carolina flag with an attached U.S. Marine Corps logo on Jan. 6 at the U.S. Capitol Complex.

Court papers say Brooks was in and around the Capitol on Jan. 6 with “a communications radio attached to the left side of his military-style vest.” It is unclear from the documents with whom he may have been communicating. 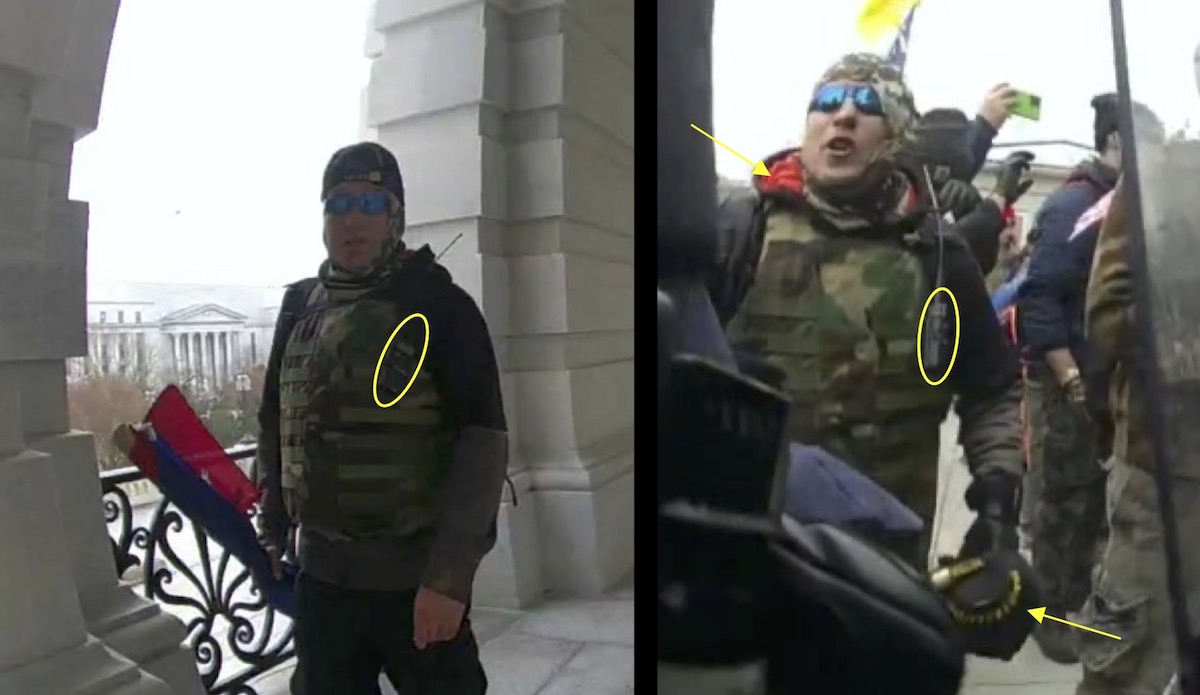 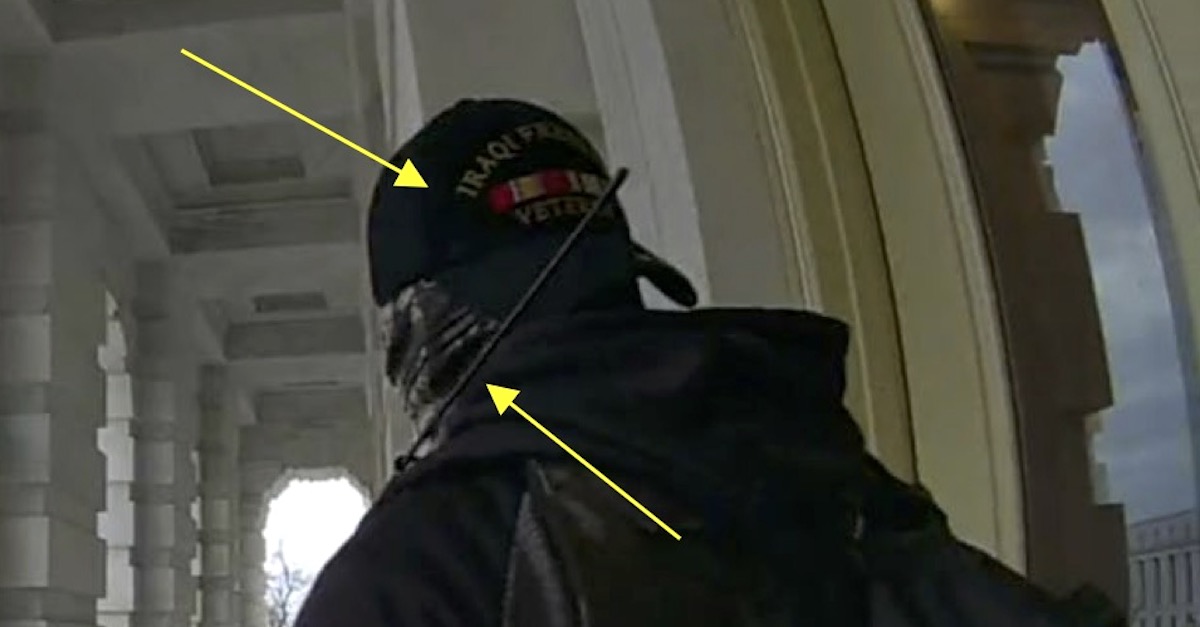 The sister said images taken from the Capitol complex on Jan. 6 appeared to show her brother James. She also said the defendant served two tours in Iraq. She then provided an image of Brooks holding a white and gray puppy to federal investigators for identification purposes.

The defendant’s Facebook page, the URL of which is referenced in federal court papers, identifies Brooks as having retired from the military, according to a Law&Crime review of the material. The defendant’s page also contains several photos which purport to show the defendant dressed in military garb. Another shows a group of military personnel standing between two tanks and among other military vehicles.

He also posted a statement suggesting Nancy Pelosi could face “the death penalty.”

“Praying this is legit,” Brooks said along with the anti-Pelosi material he shared with his 141 followers.

[All images via federal court documents]