Legal Expert: QAnon Republican Rep. Boebert Should Not Be Allowed Into the U.S. Capitol With a Gun 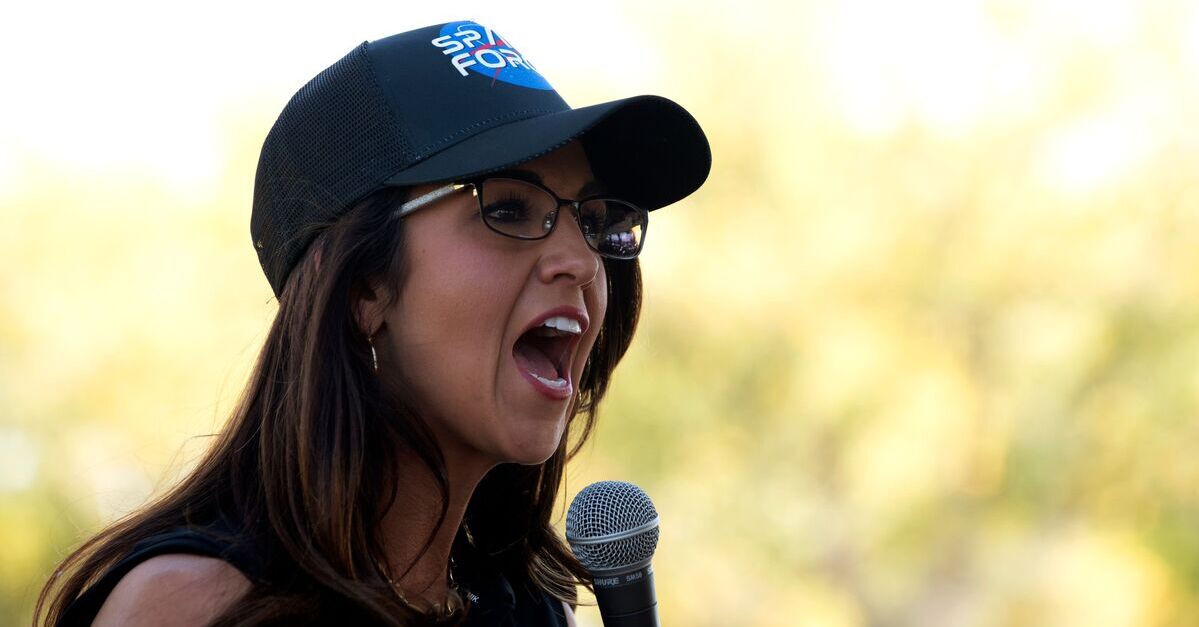 Freshman Rep. Lauren Boebert (R-Colo.), a fierce devotee of the baseless QAnon conspiracy theory, shouldn’t be allowed to enter the U.S. Capitol Complex if she continues to thumb her nose at new security rules imposed after the harrowing Jan. 6 Capitol siege by a mob of Republicans, according to at least one legal expert.

“If Rep. Lauren Boebert will not submit to security protocols like any other American she should be denied entrance into the Capitol,” CNN legal analyst Shanlon Wu said via Twitter. “The First Amendment allows her to be loudmouth – it does not allow her to carry firearms illegally [and] be above the law.”

Boebert engineered controversies surrounding those nascent protocols two days in a row. On Tuesday night, she declined to show Capitol security guards what she had in her bag, prompting a brief standoff that ended with officers’ begrudgingly admitting the far-right Colorado Republican.

A similar scene played out again on Wednesday, which she quickly broadcast to her adoring fans on social media. This time, the gun-toting congresswoman didn’t even bother with the pretense as she pushed her way through security and past a metal detector set up strictly in honor of her and her decision to carry a gun into the halls of Congress. As a Capitol Police officer shouted at her to stop, she didn’t miss a beat and kept on walking.

The dam broke as Boebert blithely dismissed those security guards and the House’s new security concerns, as several other congressional members of the GOP quickly followed suit.

“New procedures in the House require us to go through a magnetometer before entering the floor,” noted Rep. Jackie Speier (D-Calif.) via Twitter. “All because a new Republican member wants to carry heat onto the floor. Well, no surprise—5 Republican law and order members set off the magnetometer and then refused to be wanded.”

Wu is a former federal prosecutor. But the law is arguably on Boebert’s side.

While Boebert is allowed to carry a gun on the U.S. Capitol Complex, internal rules prohibit carrying weapons on the floor of the U.S. House of Representatives.

Boebert’s widely-telegraphed promise, delivered by way of a viral video, to carry her “Glock to Congress” recently resulted in an upbraiding from Acting D.C. Metropolitan Police Chief Robert Contee, who warned her that the District’s own laws strictly regulate firearm possession.

“[Boebert] will be subjected to the same penalties for anyone else that’s caught on a District of Columbia street carrying a firearm unlawfully,” he added.

Appended to Wu’s tweet was a recent profile of the controversial Colorado representative by the New York Times.

The standoff at the metal detectors was a characteristic stunt by Ms. Boebert. She is only 10 days into her term but has already arranged several episodes that showcased her brand of far-right defiance as a conspiracy theorist who proudly boasts of carrying her Glock handgun to Washington. She is only one of 435 House members, but Ms. Boebert, 34, represents an incoming faction of the party for whom breaking the rules — and gaining notoriety for doing it — is exactly the point.

“Lauren Boebert is an active threat,” the centrist pro-veterans PAC VoteVets said via Twitter. “She must be expelled from Congress immediately.”

Appended to the VoteVets message was a video Boebert herself posted. Addressing the camera in selfie-position during most of the footage, the QAnon adherent says: “I don’t think liberals thought this whole mask thing through. They forgot to consider us conservative 2A folks.”

As the video pans down to the congresswoman’s holstered sidearm, she says: “Cause you better believe I’m coming with my Springfield XDS.”

Boebert was referencing a 9mm pistol that retails for around $400.