‘That Sh*t Ain’t Nothing!’: Maryland Man Who Taunted Police on Jan. 6 After Being Hit with Chemical Spray Pleads Guilty to a Felony 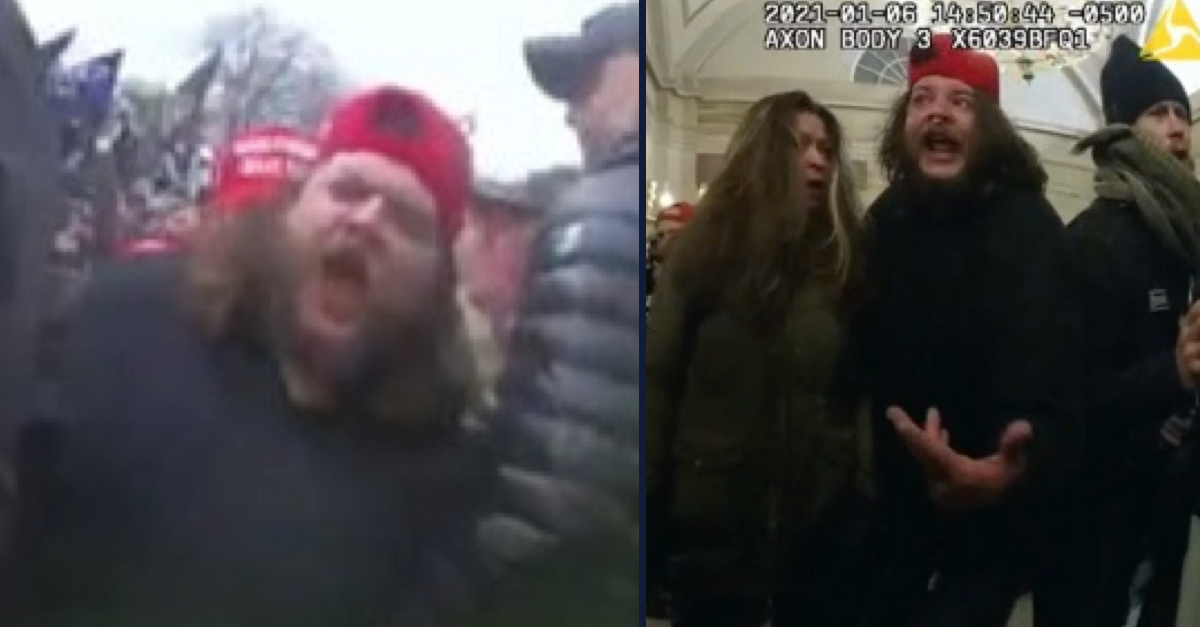 A Maryland man who bragged that police didn’t hit him hard enough with chemical spray during the attack on the U.S. Capitol building on Jan. 6 has admitted to taunting police as they tried to control the crowd of rioting Donald Trump supporters that day.

Narayana Rheiner, 41, pleaded guilty on Friday to one count of interfering with law enforcement officers during a civil disorder. According to the DOJ, Rheiner faced off against police who were trying to guard the Capitol that day from the horde of Trump supporters angry over Joe Biden’s win in the 2020 presidential election. Rheiner was among those who eventually breached the building, forcing lawmakers and staff to either evacuate the building or shelter in place.

According to court documents, Rheiner had taken a car from Baltimore to Washington, D.C. on Jan. 6, intending to protest Congress’ certification of the Electoral College vote. By around 2:00 p.m., he was part of a mob that had gathered on the Upper West Plaza of the Capitol building. Minutes later, he made his way to the front of the police line.

From there, he waved other rioters to come forward, yelling at them to “push up” on the line and pushing against the officers himself. Rheiner then grabbed and officer’s riot shield, pulling it out of the officer’s hands. The officer then fell to the ground.

According to the government’s criminal complaint, a Metropolitan Police officer told federal investigators that he remembered Rheiner as someone who was trying to hurt officers and get past the police line that had formed on the U.S. Capitol steps.

At 2:44 p.m., Rheiner entered the Capitol and went with other rioters to the Rotunda. According to court documents, he joined a group of Trump supporters at around 2:50 p.m. who were trying to access a hallway that was blocked by police officers. In an effort to stop the crowd from pushing forward, officers used chemical spray against the rioters.

“You know how many times I’ve been sprayed today?” Rheiner yelled at the officers. “That s— ain’t nothing!”

Rheiner, along with other rioters, continued to yell at law enforcement, with Rheiner standing in “close proximity to the officers,” according to court filings.

“Why don’t you just go home!” he also yelled, according to the DOJ. “We’re not backing up!”

Minutes later, at 2:57 p.m., Rheiner left the building through a broken window.

He now faces a maximum sentence of five years in prison and a fine of up to $250,000. The plea agreement, which considers Rheiner’s criminal history and background, contemplates an estimated sentence range of eight to 14 months and a fine from $4,000 to $40,000.

Four additional trespassing and disorderly conduct misdemeanor charges are expected to be dropped when he is sentenced on March 16, 2023 before U.S. District Judge Dabney Friedrich, a Trump appointee.

According to the DOJ, nearly 900 defendants have been arrested in connection with the Capitol attack. More than 400 of those have pleaded guilty to a variety of federal charges, with some 99 pleading guilty to felonies.

You can read a copy of the Statement of Offense, which sets forth the facts to which Rheiner has pleaded guilty, here.