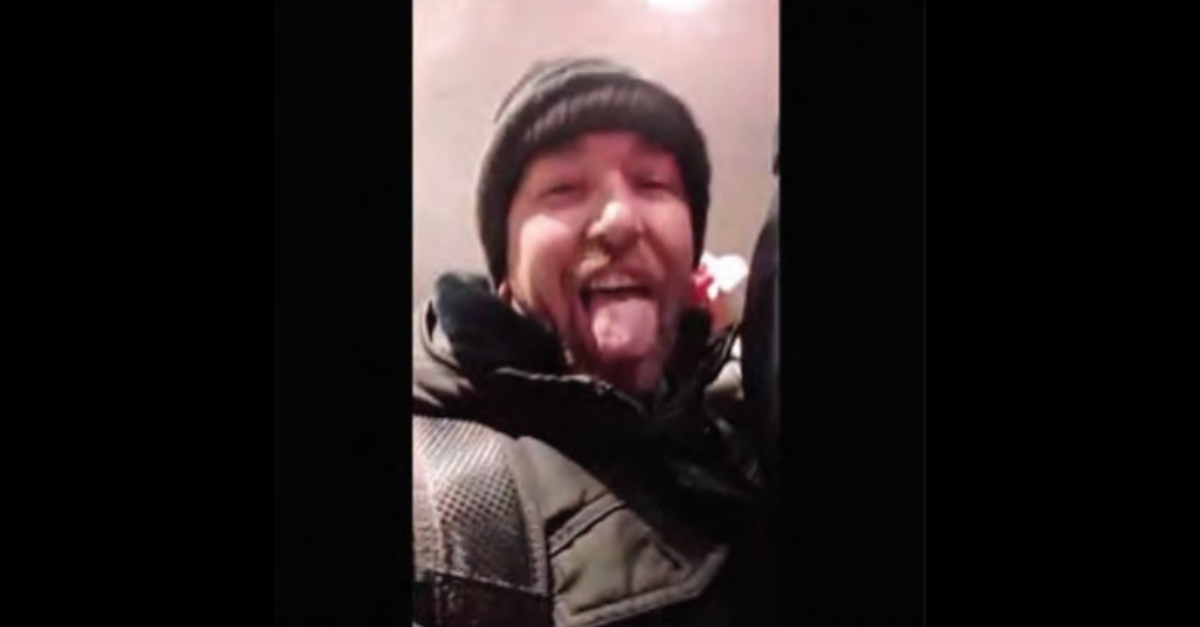 A Florida man whose involvement in the Jan. 6 Capitol siege ultimately led to an 18-month prison sentence on unrelated gun charges has pleaded guilty to a misdemeanor.

Adam Avery Honeycutt, 40, was originally arrested in February and charged with misdemeanors for joining the mob of Donald Trump supporters who stormed the Capitol on Jan. 6 in an effort to stop Congress from certifying Joe Biden‘s win in the 2020 presidential election.

Following a trend of Jan. 6 defendants snared by their own social media feeds, Honeycutt posted videos to his Facebook account showing him inside the Capitol building. In one video, according to prosecutors, Honeycutt turned the camera on himself and said: “Well, made it in.”

Honeycutt also posted pictures of what appeared to be broken furniture, including a picture of a chair leg that had a sticker affixed with a bar code and the label “U.S. Senate Sergeant at Arms.”

Prosecutors said that Honeycutt attempted to downplay his involvement in the Jan. 6 siege in the days after by posting on Facebook that he was “at the food truck when the shit hit the fan” and that a poor cell signal stopped him from telling people that he “wasn’t with the rioters.”

Honeycutt pleaded guilty Tuesday to one count of parading, demonstrating, or picketing in a Capitol building. The misdemeanor charge carries a potential penalty of up to six months in prison, a maximum $5,000 fine, and up to five years probation.

According to the plea agreement, Honeycutt will pay $500 in restitution toward the estimated $1.5 million in damage to the Capitol caused by the pro-Trump mob.

He had also been charged with entering or remaining in a restricted building or grounds and disorderly conduct on Capitol grounds.

Although Honeycutt faced four misdemeanor charges in the Jan. 6 siege, and faces up to six months in jail on the parading and picketing charge, it was the investigation into his actions at the Capitol that day that led to decidedly more serious charges that carried a much steeper sentence. While executing a search warrant on Feb. 11 on the Jan. 6 charges emanating from Washington, federal investigators discovered marijuana and three unlicensed guns at Honeycutt’s home in Florida, according to an indictment.

He pleaded guilty in June to possession of a firearm by an unlawful user of a controlled substance. In October, he was sentenced to 18 months in prison followed by one year of supervised release.

“I know I messed up. I was wrong,” Honeycutt said at the time of sentencing, according to a report from local NBC affiliate WJXT.

He is currently serving his sentence at a medium security facility in Georgia, according to court documents.

After Honeycutt entered his plea on Tuesday, his lawyer, Lee Lockett, indicated that should Nichols issue a sentence that included incarceration, Honeycutt would seek to have the time he is currently serving in Florida prison credited toward his sentence in the Jan. 6 charge.

There was also the issue of whether Honeycutt would be detained pending sentencing in the D.C. case, should he be released from prison on the Florida charge by that time.

Honeycutt asked U.S. District Judge Carl Nichols, a Trump appointee, if he could be released on bail or secured bond, should he complete his sentence in the Florida case, so that he could “possibly go home at last for a few days.”

Nichols said that the details would have to be worked out at the time of sentencing, following the probation department’s pre-sentencing report.