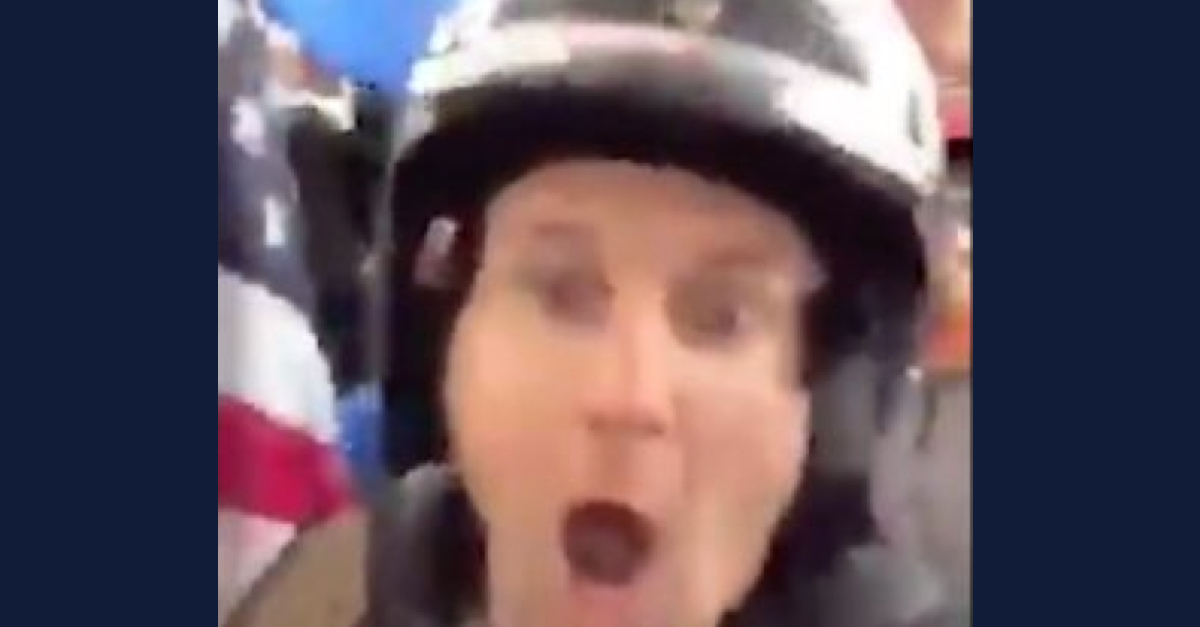 The former West Virginia lawmaker who live-streamed himself announcing his presence inside the U.S. Capitol building on Jan. 6 has pleaded guilty to a felony.

Evans, then a Republican member of the West Virginia House of Delegates, posted the live video to Facebook as it happened, according to court documents.

He also recorded the moments leading up to the breach, as he joined a crowd of Donald Trump supporters outside the doors to the Capitol Rotunda looking to get into the building as Congress attempted to certify Joe Biden’s win in the 2020 presidential election.

“Here we go! here we go! Open the doors,” Evans said, according to prosecutors. “The door’s cracked,” he also said, and then: “We’re going in!”

The defendant sounded decidedly more somber on Friday when he appeared via video before Senior U.S. District Judge Royce Lamberth.

Evans pleaded guilty Friday to one count of obstructing, impeding, or interfering with law enforcement engaged in their duties during a civil disorder, a felony with a potential prison sentence of five years and a maximum fine of $250,000.

According to the plea agreement, Evans must also pay $2,000 in restitution toward the estimated $1.5 million in damage done to the Capitol.

During the hearing, Lamberth, a Ronald Reagan appointee, noted that the plea agreement said that Evans was cooperating with the federal investigation into the events of Jan. 6. Assistant U.S. Attorney Kathryn Fifield noted that Evans agreed to “sit down with law enforcement if requested, but there is no formal cooperation agreement with Mr. Evans and the government.”

Although the riot at the Capitol was rooted in Trump’s baseless claims of election-altering voter fraud, Evans himself won his seat in the West Virginia House of Delegates in that very election. He had just assumed office on Dec. 1, 2020.

After Jan. 6, several of his fellow Republican state lawmakers had called for him to step down or be forced out, according to the West Virginia Metro News.

He initially was defiant, and on Jan. 7, 2021, his then-lawyer John Bryan published a letter saying that Evans was doing nothing more than “exercis[ing] his constitutional rights to engage in peaceful protest, activism and amateur journalism.”

“Mr. Evans did nothing wrong on January 6, 2021,” Bryan’s letter said. “He was exercising his First Amendment rights to peacefully protest and ﬁlm a historic and dynamic event. He engaged in no violence, no rioting, no destruction of property, and no illegal behavior.”

A woman who identified herself as Evans’ grandmother told local news on Jan. 8, 2021 that Evans was a “fine man” and appeared to sarcastically thank Trump for “inviting a riot.”

But on Jan. 9, Evans resigned. Bryan did not represent Evans in the federal criminal case.

In addition to civil disorder, Evans was also facing a felony charge of obstruction of an official proceeding of Congress and a handful of disorderly conduct misdemeanors. Those charges will presumably be dismissed at sentencing, which Lamberth set for June 22.