Another Jan. 6 Defendant Wants to Represent Himself, Despite Acknowledging ‘Fool for a Client’ Adage 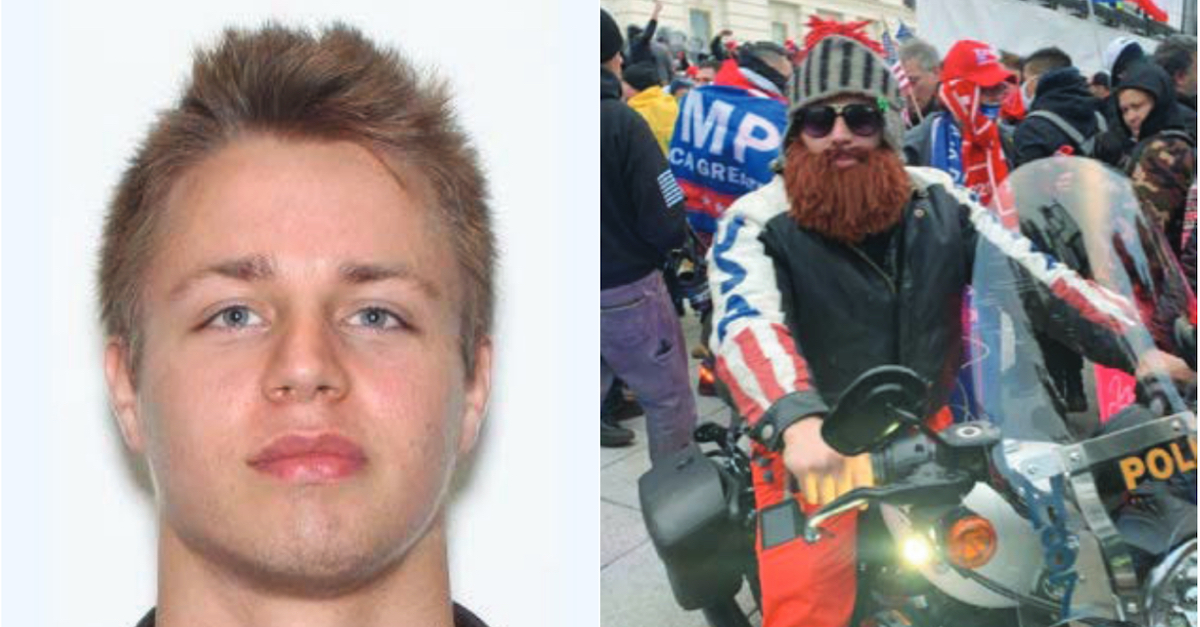 A man who wore a fake orange beard to the U.S. Capitol and told a news outlet that he had “no regrets” told a federal judge on Tuesday that he wants to represent himself at a future trial over his participation in the Jan. 6 siege.

Brandon Fellows, who is charged in a five-count indictment, made the request during a planned 9-minute monologue where he inveighed against the “fake news” media and called himself a “maverick.”

“I first would like to apologize for my hair and appearance,” the Schenectady, N.Y. resident began his monologue by saying. “The jail does not allow us to get haircuts.”

At multiple times during his speech, Fellows acknowledged the popular adage: “A man who represents himself has a fool for a client.”

But Fellows, who claimed he wants to tell the “still-unspoken truth” of Jan. 6, pressed forward with his request.

“I am nowhere near as big as a fool as Joe Biden,” he told the judge.

A little less than a week after the siege, Fellows appeared defiant in an interview with Bloomberg titled “‘No Regrets’: A Capitol Rioter Tells His Story From Inside.”

“I have no regrets…I didn’t hurt anyone, I didn’t break anything,” he said in an article published Jan. 12. “I did trespass though, I guess.”

Prosecutors charged Fellows three days later, and an FBI agent extensively quoted from that interview in an affidavit supporting his criminal complaint, including a portion of the article recounting Fellows entering Sen. Jeffrey Merkley’s (D-Ore.) office.

“This one is going to get me incriminated,” Fellows said about footage of his feet on the senator’s table.

The article quoted Fellows stating that he “watched a fellow Trump supporter bashing in a door at the Capitol with a cane and eventually break through the door.”

“A crowd of rioters pushed through only to be pushed back outside by police officers,” Bloomberg reported. “Once the building was overrun, he said he initially hesitated before going in but did so after hearing that people inside weren’t being arrested. He got in through a broken window.”

Fellows was initially granted home detention, and one recent condition of his release was a mental health evaluation.

“More importantly he spent the time to locate his USPO’s mother’s telephone in order to intimidate the US Probation Officer, and to harass the Officer’s mother,” Furst wrote in a motion to revoke his bail. “The allegations in the Petition show a pattern of intimidation and harassment by this defendant. As such, he is a ‘danger to the safety of any other person or the community.'”

Fellows also violated the court’s order to get a mental health evaluation, the prosecutor said.

“The defendant had ample opportunities to respect the government and Court’s trust in his release pending trial, but has none gone past ignoring the court and into the dangerous areas of intimidation and harassment,” she wrote in her memo.

On July 14, U.S. District Judge Trevor McFadden granted the government’s motion, in an order that sent Fellows back to jail.

Fellows said the judge was “spot-on” in calling him impulsive during that hearing, and he suggested that incarceration came with an upside.

“I was given [access to] a legal law library,” he said.

Now using that law library, Fellows said, he wants to renew his motion for pre-trial release and request self-representation with a lawyer on standby.

“My past is riddled with maverick-like decisions,” he said, touting what he described as his accomplishments in the corporate world.

Cara Kurtz Halverson, a public defender for Fellows, said that her client spoke to the court against her advice.

Judge McFadden said he would likely grant Fellows’s request to represent himself, but he postponed ruling on it until all parties can be heard.

Fellows is not the only defendant charged in connection with the Jan. 6 siege of the Capitol seeking self-representation.

Pauline Bauer, who was quoted saying she wanted to “hang” House Speaker Nancy Pelosi (D-Calif.), declared herself a sovereign citizen during a June hearing where she told a federal judge: “I am here by special divine appearance, a living soul.”

“I do not stand under the law,” Bauer said months ago. “Under Genesis 1, God gave man dominion over the law.”