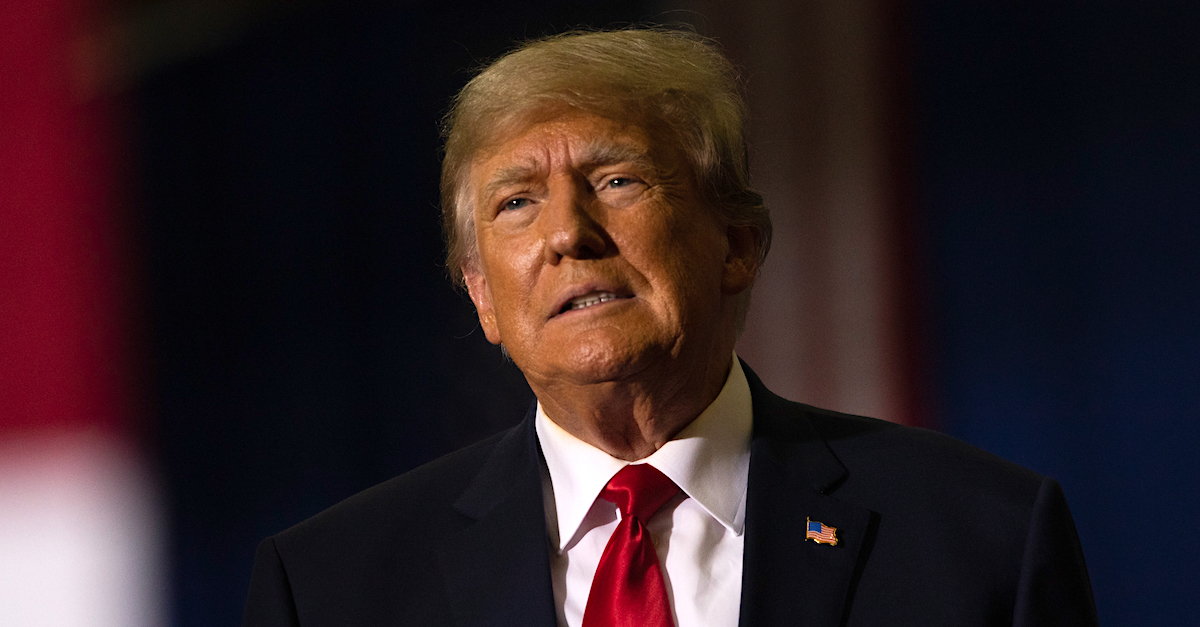 Former President Donald Trump gets ready to speak during a rally on Oct. 1, 2022 in Warren, Michigan.

The full bench of the D.C. Circuit unanimously declined to rehear former President Donald Trump’s bid to block the release of his tax returns to the House Ways and Means Committee.

A three-judge panel of the court previously rejected Trump’s request in August, rejecting the argument that upholding the subpoena would impose burdens on all former presidents.

“While it is possible that Congress may attempt to threaten the sitting President with an invasive request after leaving office, every President takes office knowing that he will be subject to the same laws as all other citizens upon leaving office,” Senior U.S. Circuit Judge David B. Sentelle, a Ronald Reagan appointee, wrote on Aug. 9. “This is a feature of our democratic republic, not a bug.”

Despite the 3-0 ruling against him, Trump decided to seek further review before the full 11-member bench. Each judge on it — including three appointed by Trump — joined the single-page order denying him a hearing.

“Upon consideration of appellants’ petition for rehearing en banc, and the absence of a request by any member of the court for a vote, it is ORDERED that the petition be denied,” the order read in its entirety. Among the names on the per curium order were Trump-appointed U.S. Circuit Judges Gregory G. Katsas, Neomi Rao, and Justin R. Walker.

In a statement, House Ways and Means Committee Chairman Richard E. Neal (D-Mass.) said that the time for delay has passed.

“The law has always been on our side,” Neal said. “Former President Trump has tried to delay the inevitable, but once again, the Court has affirmed the strength of our position. We’ve waited long enough — we must begin our oversight of the IRS’s mandatory presidential audit program as soon as possible.”

Since 2019, Neal sought the documents when he encountered a roadblock from Trump’s Internal Revenue Service, which lodged an objection. After Joe Biden’s election, the new administration’s IRS reversed course. After the earlier ruling, Neal said that he would seek the tax information “immediately.” By comparison, the vow to seek the returns “as soon as possible” could be viewed as a downgrade.

It remains unclear whether Trump will seek Supreme Court review, which could gum up the committee’s evidence hunt some three years after it began.

In the past, Trump has characterized the committee’s request as burdensome, but that argument fell flat in August.

“The Trump Parties insist that the Request imposes too great a burden because it threatens to expose private financial information of the Trump Parties and will deny the Trump Parties their due process rights by interfering with an ongoing audit,” Sentelle wrote at the time. “These certainly are burdens on the Trump Parties. As discussed above, should the Committee find it necessary, it is possible that the information turned over to the Chairman might be made public. This is certainly inconvenient, but not to the extent that it represents an unconstitutional burden violating the separation of powers. Congressional investigations sometimes expose the private information of the entities, organizations, and individuals that they investigate. This does not make them overly burdensome. It is the nature of the investigative and legislative processes.”