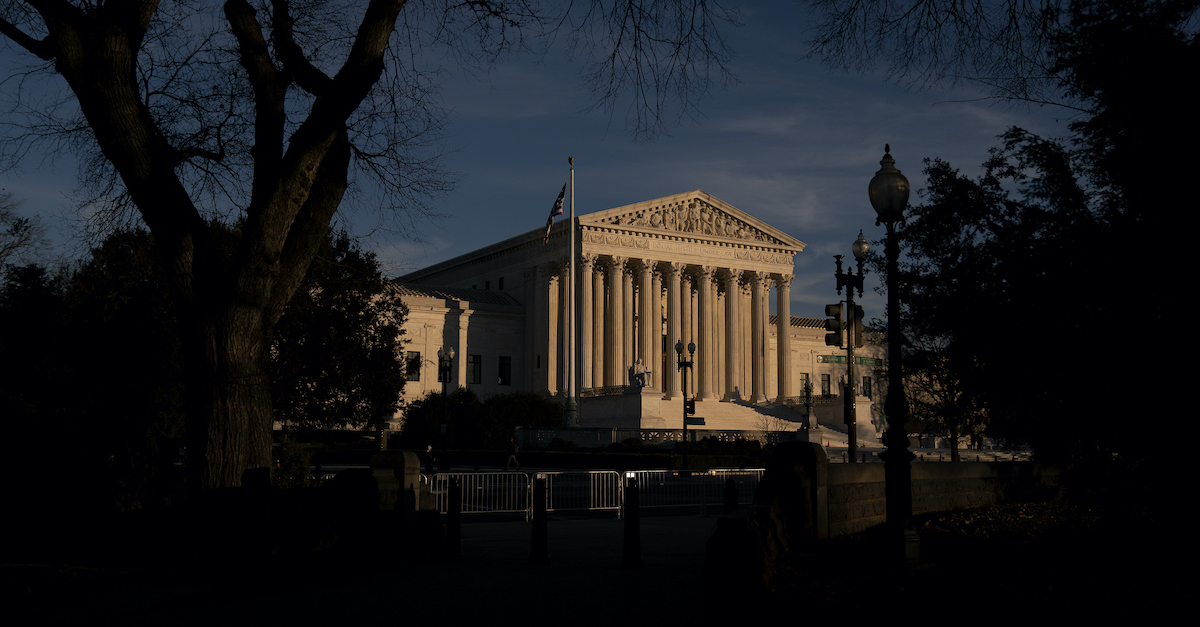 The Supreme Court of the United States on Monday morning agreed to take up a case involving an aircraft fire, foreign arbitration and a 150-year-old law which just might be applicable here.

In January 2016, a tailpipe fire occurred at a Boeing test facility in South Carolina. The fire caused damage to the Rolls-Royce Trent 1000 engine and the Boeing 787-9 Dreamliner aircraft. The original defendant—who ultimately filed for certiorari with the high court—is New York-based Servotronics Inc., who developed and manufactured the “Metering Valve Servo Valve” component of the engine.

The petition for writ of certiorari by Servotronics naturally paints the facts in a light that are fairly favorable to the company itself:

Testing on the day of the incident revealed a disruption in the aircraft’s fuel flow, warning signs for which had been observed but not investigated or properly documented prior to and during tests on the day of the fire. Personnel on the scene responded to the disruption by “troubleshooting” the engine. During the final troubleshooting, a fire ignited in the tail pipe of the engine which caused damage to the engine and aircraft. Boeing sought compensation from Rolls-Royce for damage to the aircraft. Rolls-Royce and its insurers settled the claim with Boeing for over $12 million, without Servotronics’ participation.

After settling with Boeing, however, Rolls-Royce demanded reimbursement from Servotronics. The valve maker, in response, claimed that testing personnel did not “follow their own procedures for the proper response to warning signs of fuel flow issues that would have averted the fire.” Attempts were made to resolve the dispute via settlement and mediation but those attempts failed. So, British multinational Rolls-Royce initiated an arbitration proceeding under the Rules of the Chartered Institute of Arbitrators in England under the terms of their agreement with Servotronics.

Documents were exchanged between the three involved parties, but Servotronics alleges that Rolls-Royce and Boeing “refused to produce materials that are critical to” their case during discovery. In response to those alleged paucities, Servotronics filed to compel documents and testimony under U.S. law—specifically 28 U.S.C. §1782.

The law reads, in relevant part:

The district court of the district in which a person resides or is found may order him to give his testimony or statement or to produce a document or other thing for use in a proceeding in a foreign or international tribunal, including criminal investigations conducted before formal accusation.

The district court in Chicago (where Boeing is based) signed off on the subpoena requests. Rolls-Royce filed a motion to quash and the Seventh Circuit ruled in the luxury car/aerospace company’s favor by finding that a private foreign arbitration proceeding is not a “foreign or international tribunal” under the scope of §1782.

Other appeals courts have previously ruled otherwise and the nation’s high court took up the case in order to solve the circuit split.

Key to their determination will be what the word “tribunal” legally means and encompasses here.

Servotronics, using the never-foolproof method of consulting history, says that the U.S. Congress clearly intended for “tribunal” to be an all-encompassing term of art that applies to legal-ish methods of adjudication and resolution like private arbitration. For that argument, the company’s counsel went back to a six-year-long commission established by the Congress back in 1958 which heavily edited and revamped the statute in question.

As recast and expanded by the 1964 amendments, Section 1782’s provision for assistance in obtaining documentary and other tangible evidence as well as testimony “in any judicial proceeding pending in any court in a foreign country” was replaced with “a proceeding in a foreign or international tribunal,” thus eliminating the words “judicial,” “court” and “pending”.

The Servotronics argument also cites a 2004 Supreme Court case which consulted that same congressional report and noted that “Congress introduced the word ‘tribunal’ to ensure that assistance is not confined to proceedings before conventional courts, but extends also to administrative and quasi-judicial proceedings.”

Rolls-Royce and Boeing argue the precise opposite—and have marshaled a different method of statutory interpretation.

“The statutory phrase at issue here—’foreign or international tribunal,’ 28 U.S.C. § 1782(a)—is properly understood as referring to a body that derives its authority from the government, and not a panel of arbitrators convened by private contractual agreement,” their response brief reads.

Instead of history, they primarily turn to dictionary definitions:

In 1964, when Congress amended Section 1782(a) to include that phrase, the word “tribunal” was principally defined either as the seat of a judge or as an adjudicatory body acting with governmental authority. See, e.g., Webster’s New International Dictionary of the English Language 2707 (2d ed. 1955) (defining “tribunal” as “the seat of a judge” or “a court or forum of justice”); Black’s Law Dictionary 1677 (4th ed. 1951) (“[t]he seat of a judge” or “[t]he whole body of judges who compose a jurisdiction; a judicial court”)…Applying that definition, the phrase would have excluded private arbitration, which derives its authority from the contractual consent of the parties and is not imbued with governmental powers.

Generally, appeals to legislative history are considered more attractive to liberal justices while citing various dictionaries is considered a nod to the jurisprudential proclivities of conservative justices. In reality, though, both forms of statutory interpretation are often used by the nine justices as they see fit in order to arrive at the verdict they believe is best. But in this case, there’s only eight justices who will be considering what method makes the most sense in sussing out what, exactly, “tribunal” encapsulates.

Justice Samuel Alito took no part in the consideration of the petition—apparently because he still owns Boeing stock.