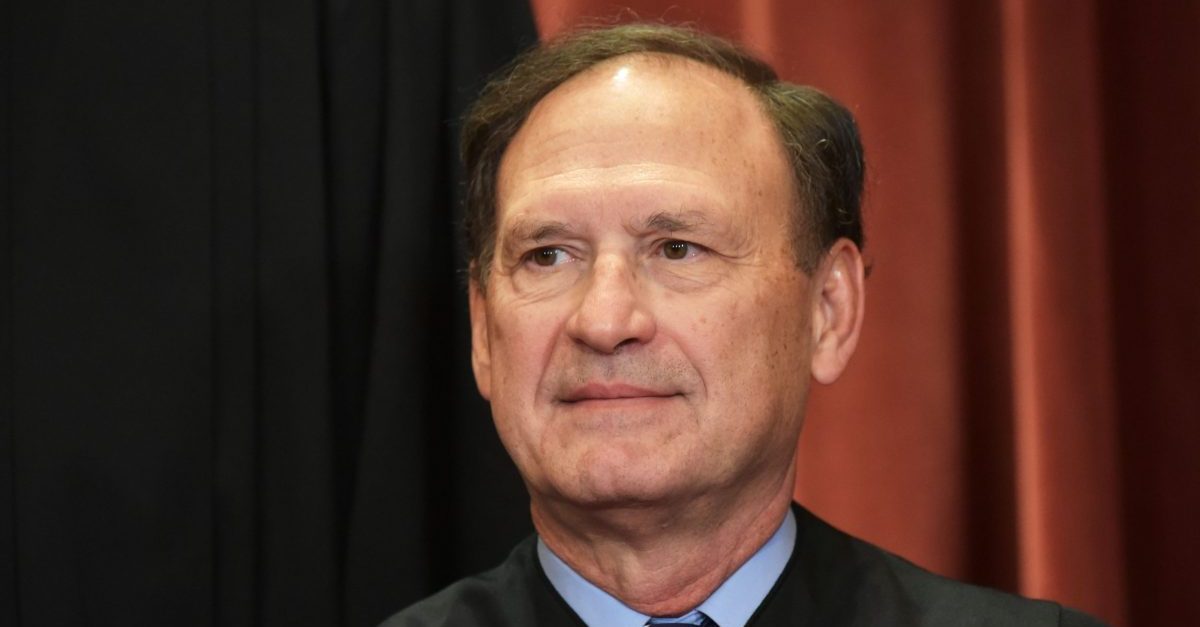 Alito on Tuesday ordered a response from the state to a petition submitted by attorneys for a bevy of petitioners. Among them are the Friends of Danny DeVito. (No, not that Danny DeVito, the other one: this DeVito is running for the Pennsylvania House of Representatives from Allegheny County, which encompasses Pittsburgh; his campaign organization is the petitioner.) DeVito argues that the governor’s shutdown prevents his staff from accessing his campaign headquarters while his opponent, an incumbent, can access her government offices.

The petitioners collectively want the U.S. Supreme Court to stay the enforcement of the governor’s order while the case can be further litigated. Lower courts refused to do so. The petitioners also made, according to the supreme court of their state, relatively bizarre arguments about how the novel coronavirus spreads. Here’s how the state high court responded:

Petitioners’ second argument . . . that there is no significant risk of the spread of COVID-19 in locations where the disease has not been detected (including at their places of business), is similarly unpersuasive . . . COVID-19 does not spread because the virus is “at” a particular location. Instead it spreads because of person-to-person contact, as it has an incubation period of up to fourteen days and that one in four carriers of the virus are asymptomatic. The virus can live on surfaces for up to four days and can remain in the air within confined areas and structures.  (Citations omitted.)

Here’s the back story. The petitioners are arguing — now to the U.S. Supreme Court — that a March 19, 2020 executive order by Gov. Wolf “compell[ed] the closure of the physical operations of all businesses and entities that he deemed to be nonlife-sustaining” and threatened criminal prosecution for violators. A waiver process, the petitioners argued, did them no justice.  It resulted in 42,380 applications and resulted in 7,837 approvals, 18,746 rejections, and 14,471 applications which didn’t even need to be made because the business which applied was already allowed to operate, they said.  The rest of the applications remained being processed, and the state shut down the process for new applications on April 3rd.

The petitioners say the governor’s order violated their rights under the 5th and 14th Amendments to not be deprived of property without due process and just compensation. They also allege violations of the rights to judicial review, equal protection, free speech, and free assembly.

The petition to the U.S. Supreme Court goes on to list a plethora of national economic woes recognized by financial experts, Gov. Wolf himself, and by the lower courts. However, “the lower court has ruled” that it cannot judicially review the governor’s shutdown, thus resulting in “the complete destruction of the property rights of vast numbers of businesses.” Attached to the petition is a three-page grievance from a golf course owner who says his property will suffer from a lack of maintenance and a lack of income because it cannot open due to the governor’s order.

The Pennsylvania Supreme Court refused to grant relief to the petitioners on several grounds. First, the state high court said the governor had power under several state statutes to enact emergency orders during a pandemic. Second, the court found the claims of economic hardship unpersuasive. It is a “policy choice” for the governor to shut down businesses “so long as the means chosen to meet the emergency are reasonably necessary for the purpose of combating the ravages of COVID-19,” the state supreme court said.

“The choice made by the [governor and officials were] tailored to the nature of the emergency and utilized a recognized tool, business closures, to enforce social distancing to mitigate and suppress the continued spread of COVID-19,” the state high court added. It also said:

Justice Alito has ordered the state to respond to the petitioners’ complaint by Monday, May 4, at noon.

We will see where this one goes.

Editor’s note:  this piece has been edited to further clarify that DeVito is not a current lawmaker.